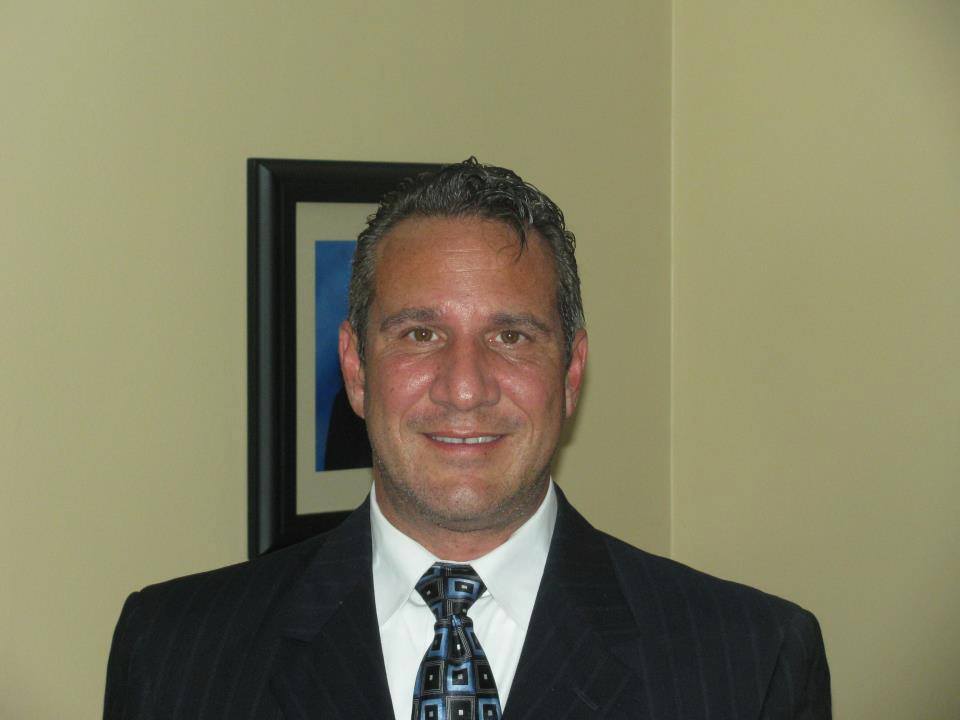 In one of the most crowded races in the city, candidates for the 29th Ward are making their last rounds of campaigning before Tuesday’s municipal elections.

The narrative of this race features sometimes harsh criticism of the incumbent, Ald. Deborah Graham, who has represented the ward since 2010. In a heated debate last month, the alderman was at the center of jabs from the start. Her seven, first-time challengers accused her of not being transparent with the community and doing little to bring jobs to the beleaguered West Side.

She failed to win endorsements from both the Chicago Tribune and Chicago Sun-Times. One political analyst said he was surprised the newspapers didn’t back the incumbent, instead throwing their support behind attorneys Larry Andolino (Tribune) and Bob Galhotra (Sun-Times).

“I think it is a verdict on how well she has done as an alderman,” said Dick Simpson, a political science professor at the University of Illinois at Chicago who once served on the city council.

There’s a good chance the race won’t be decided Feb 24 but end in a runoff, Simpson said.

If no candidate wins more than 50 percent of the vote next week, the top two vote-getters will square off April 7.

The alderman reports raising the most money this election cycle with about $185,000, while Taliaferro has raised about $20,000 and Galhotra roughly $19,000.

Here’s more information about each candidate, seven of whom agreed to answer questions from AustinTalks: A lawyer by profession, Lawrence Andolino decided to run for alderman while organizing a fight against North Avenue’s fifth proposed pawn shop in 2013.

Ald. Graham supported the business, but many residents opposed it, saying they didn’t get the chance to give their input. Graham then held community meetings; the shop was eventually approved.

“We were told by the leadership, ‘I’ve made my decision, and I’m going to disregard what the majority has to say,'” Andolino said. “That’s when I made the decision I should run. You know, this is a democracy.”

Through a Galewood community organization, Andolino said he’s learned how to push for what the area needs. It’s through this group he says he helped attract Galewood’s first Starbucks. He’s also been involved in efforts  to bring a Mariano’s to the corner of North and Harlem avenues, which is still in the “talking” phase, according to Ald. Graham.

As an attorney, Andolino — who won the Chicago Tribune’s endorsement — said he has a unique perspective on crime, which he believes can be reduced only through economic development.

Economic development is inversely related to crime rates, Andolino said — more jobs mean less crime. He believes Austin has been largely ignored by the Chicago City Council and wants to “re-brand” the neighborhood by marketing its rich history, showing off its “beautiful brownstones” and redoing major corridors, like Chicago Avenue and Madison Street.

“It’s a process; it’s gonna take some time, just like Bronzeville did,” Andolino said. “If we can break through that barrier and put that pressure to have it done, I think we can see some real results.”

Bob Galhotra said he’s not interested in mudslinging at his fellow candidates, and that he’s the only person who can bring “honest and independent leadership to the table.” 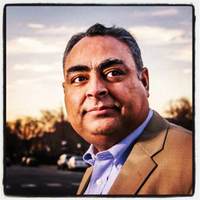 Galhotra, who works as a public defender, said he’s seen what ensnares people in the criminal justice system and recited a long list: lack of mental health services, drug addiction, unemployment and lack of housing.  These things, he said, are also problems on the West Side.

He said he realized how many people in the ward were unhappy as he campaigned last year against incumbent Don Harmon in the the 39th District Senate district. After losing the primary, he gave himself a break, then geared up to run for alderman. Since then, he said he’s toured the ward and gone door-to-door to feel out what residents want.

“I think the overriding and overarching theme is to bring trust back to city government and bring trust and honesty back to the alderman position in the 29th Ward,” said Galhotra, who won the Chicago Sun-Times’ endorsement.

If elected, Galhotra said he’d focus on simple things like ensuring ward residents receive the city services they’re promised – something people told him they aren’t getting. Galhotra also wants to focus on increasing jobs in the community and reducing crime.

The current problem is that Ald. Graham isn’t advocating for what the ward needs, Galhotra said. He thinks he can make the West Side a bigger priority in City Council by pushing for debate when he would need support for a new project or initiative.

“The major stuff she has touted is upgrades to (Columbus and Amundsen) parks,” Galhotra said. “What’s really needed is a place people can go shop for groceries without going far, raising employment rates, economic development. This has to do with advocating for those things instead of just being the go-along, get-along rubber stamp.”

The subject of sometimes harsh criticism, Ald. Graham said people don’t understand how difficult it is to make significant change as an elected official.

Photo from City of Chicago

“Anyone who thinks that in a three-to-four-year-span a major big deal can be done without having appropriate dollars is wrong,” Graham said.

The former state lawmaker said she has made strides in the past five years. She cited major improvements at Columbus and Amundsen parks, including the installation of professional-level football and soccer fields. She also said a Mariano’s is in the works, planned for the corner of Harlem and North avenues.

Graham could not pinpoint an issue she thought should take precedence over any other in Austin, but noted auality schools and economic development are both important.

Ald. Graham has been working on an Austin-Galewood sustainability plan to spur economic growth in the community. In a debate last month, she cited a recently approved $225,000 grant to upgrade business corridors in the ward.

The alderman faced backlash in 2013 for approving a pawn shop on North Avenue from residents who said she failed to get community input. She held meetings after criticism mounted, but the pawn shop still won approval.

That same year, a Chicago Tribune investigation found she had lifted the liquor moratorium in the 5300 block of West Madison so a new convenience store could set up shop, right after it had donated money to her – which she said she later gave to a youth football team. The investigation also found the store received small business grants, which cannot legally be awarded to liquor stores. Graham maintained she wasn’t aware of any of this and wouldn’t have helped the business if she had known.

She told AustinTalks she has always engaged the community and makes it a point to hear out her constituents, specifically on Monday nights in her West Side office. She said she “feels good” about the election and has a lot of work to do if she is reelected.

Johnson, originally from Mississippi, ran unsuccessfully for alderman four years ago. He does not have a campaign website and did not respond to requests for an interview. Neither the Chicago Tribune nor the Chicago Sun-Times have a candidate questionnaire for him posted on their web sites. If the ward becomes unified, only then will the area see positive change, Stephen Robinson said in a recent interview. And he said he’s the only candidate who “has a leg” in both.

Robinson, who has worked with the community group Northwest Austin Council for 24 years, grew up in South Austin and has lived in Galewood the past 21 years. He believes areas of the ward are unaware and apathetic of what happens in their neighbors’ communities. But if everyone is brought together, they can advocate and sound a louder voice in the city council.

Affordable housing ranks high on the list of Robinson’s priorities. Giving people an affordable place to live spurs economic growth and deters crime, he said, sounding a similar refrain heard from other candidates.

Robinson said he’s been asked to run for alderman over the past decade. But with small children and the his pursuit of master’s degree, he couldn’t run in the last election four years ago. Now, he said it’s finally his time.

Zerlina Smith said she doesn’t think she’s better than any of her candidates. But, in her opinion, she has a proven record fighting for what’s right. “Any of the school closings, did you see any of the other candidates out there?” asked Smith, who’s been endorsed by the Chicago Teachers Union, which has donated $5,000 to her campaign. “Mass incarceration, ‘black lives matter,’ foreclosures, people being evicted. Zerlina was out there in support.”

While knocking on doors in every corner of the ward, Smith said it became clear to her that residents need to be unified into a community rather than individual blocks.

Once that’s achieved, she can begin to work on her most important goal – which she shares with her fellow candidates: economic growth. Smith wants to create 10-member committees to represent each of the ward’s 44 precincts to get input on what the area needs. That’s how the community will becomes engaged, she said.

Smith, a cosmetologist, decided to run when her fellow members at Grassroots Collaborative suggested the idea. But she said she’s had a deeper desire for change because as a resident, she sees nothing significantly positive in her community.

“All I see is someone who got appointed by Daley and got reelected,” Smith said. “We’ve got nothing from her and received nothing from her. We can’t even get city services and garbage cans.” 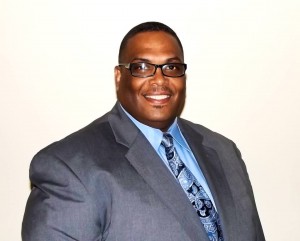 As a police sergeant, Taliaferro wants to immediately begin working to reduce crime if elected. Part of that effort would involve getting community policing funded.

“When we reduce crime so we can build better businesses, a lot of those dollars will stay in our community, which will raise our tax base,” Taliaferro said. “I know the process will be a long process, but we need to start working on that immediately.”

La Coulton J. Walls was an administrative assistant in programs and policy for former Mayor Richard M. Daley, he said, making him the only candidate besides the incumbent with City Hall experience.

From 1989 to 1992, Walls said he worked on many public safety issues, including pushing a policy that cut off pay phone service in certain high-crime areas known to use the phones for illegal activity. 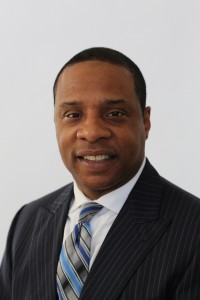 Specifically, he wants to bring two major grocery stores to the ward. Walls said he also wants to reach out to corporations interested in sponsoring a neighborhood performing arts school, which would help kids who have talent but don’t have the money to fund those dreams.

But none of these ideas would be approved without community votes, Walls said. If elected, he wants to figure out a system where the community can vote on potential ward projects.

“The menu money wouldn’t be a secret slush fund for the alderman to use at their own discretion,” Walls said.

A community center is another project Walls envisions for the ward. It would be for residents of all ages and offer a safe place for children to go after school.

Walls maintained that big businesses are the ones that will bring jobs to the community, helping shed a positive light on everything else in the ward. This will only come, he said, if the next alderman pushes the council to pay attention to the West Side.