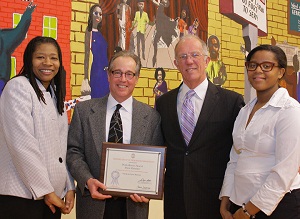 The two-hour event  was emceed by Michael Bentley, general manager of compressor operations at Johnson Controls Inc. in Wheeling, Ill.

Guests were greeted by student hosts who gave tours of the WaterSaver Faucet Manufacturing Technology Center.

“We’re delighted with the ongoing support that industry partners have extended to APA and the Greater Austin community. It truly demonstrates the interest and commitment invested by Chicago area manufacturers and trade organizations in specific workforce development issues,” said Erica Swinney, career and community program director for the Center for Labor and Community Research, which operates Austin Polytech Academy’s career program.

“As our business economy continues to rebound, we envision even greater participation from our existing partners not to mention those who are just now becoming familiar with Austin Polytech,” he said in a press release. 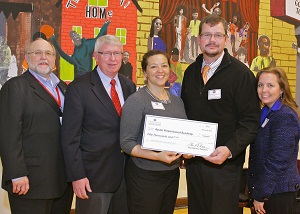