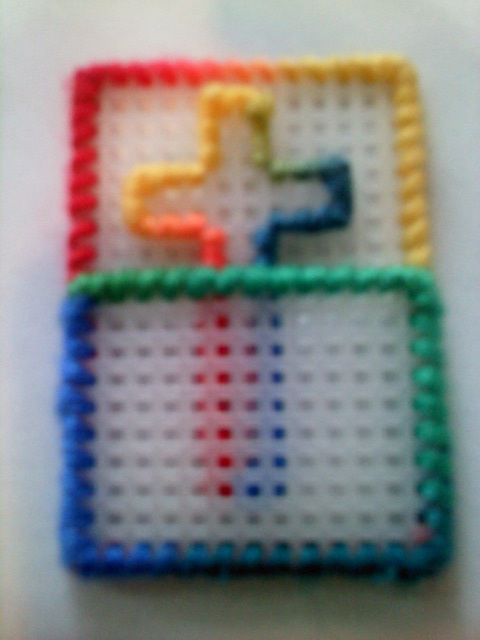 There’s hardly a place Charlotta Pritchett goes these days without her crosses. 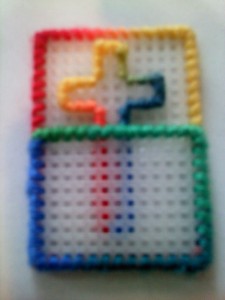 For more than a year, the 42-year-old Austin resident has handed out wallet-sized crosses she needle points with the hope of inspiring fellow West Siders, especially its younger residents.

Pritchett, the daughter of a minister, grew up across the street from Columbus Park; during her teenage years, Pritchett said she rebelled, eventually getting into trouble with the law for doing something because she “wanted to be with the in crowd.”

“I had left my spiritual foundation,” she said. “I look back on my life, and I wish I had something that someone gave me to remind me that God loves me.”

Pritchett took up needle pointing while serving time in prison from 2005 to 2009.

“I prayed hard while in jail for the Lord to use me to help someone through this art,” said Pritchett.

When she was released from prison, she stitched a small cross to put in her pocket, accompanied by a short poem, titled “Cross in My Pocket.”

She said she carried it with her to serve as a reminder she was not alone. Then Pritchett wondered if youth in Austin, whom she thinks are more violent today than when she was growing up, could also benefit.

She remembered teaching and volunteering at a seminar where she inspired a young lady with the cross she had made. After reading the poem to the young lady, Pritchett realized she wanted to inspire more young people in Austin. 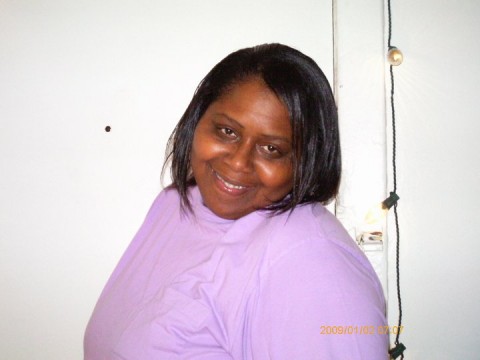 “I didn’t have money to fund the vision, but I knew that God would provide the funds for the materials that I needed,” said Pritchett.

So in July 2010 she began to make the crosses and paired them with the poem.  She started ministering by visiting various churches, day care centers, schools and other sites, and distributed the crosses, mostly to youth.

To pay for materials, Pritchett bakes and sells cookies. She also asks for $1 donations from adults, so she can give the crosses to the youth for free.

“I asked God to help me help myself,” she said. “I realized that I couldn’t do this alone.”

Pritchett said her family has helped her make some of about 5,000 crosses, 2,500 of which she has distributed so far. It takes about a half hour to make each cross; family members have helped her make batches of 200 to 300 at a time.

“This is a gift to the people on the West Side,” said Bessie Edmonds, Pritchett’s mother who helps prepare the crosses for distribution. “When people carry the crosses, it can guide them and give them encouragement.”

“The cross in my pocket is something that all ages can identify with,” said Patricia Hoffman, 52, an Austin resident and friend of Pritchett’s.

“I was there when Charlotta first presented the cross to the group of teens,” she said. “It just sort of took off from there.”

Hoffman said she has purchased crosses from Pritchett as gifts for her nieces and nephews.

“I hope that they pulled the crosses out, and it reminded them that God is always with them no matter what,” said Hoffman.

But more than just friends and family have shown their support.

Last year, U.S. Rep. Danny K. Davis invited Pritchett to an event where he presented one of her crosses to Gov. Pat Quinn.

She said Davis purchased 250 crosses that he distributed at his birthday party last September.

“I was so overwhelmed and proud when Congressman Davis showed his support like that,” said Pritchett.

She’s most proud that people are embracing her ministry, and she hopes her simple crafts are changing lives. In addition to the small crosses, she also sells larger, standing crosses and Bible covers, all made by needle point.

Austin needs The Cross In My Pocket Ministry because having a spiritual foundation is what we need,“ said Pritchett, a member of Blackwell-Israel Samuel AME Zion Church.

“Our young people are doing a lot of things that I feel they wouldn’t do if they had a strong spiritual foundation.”