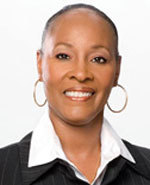 West Side leaders often talk about economic development as the solution to their wards’ woes.

But when it comes to their own campaign money – hundreds of thousands of dollars, for Austin’s four aldermen combined – they spend the vast majority outside their communities.

Much of this money is spent on items they can’t get close to home, aldermen and experts note.

But during their recent City Council campaigns, aldermen spent thousands at printing companies, caterers and other businesses in distant wards and suburbs – often when options existed in their own wards, an AustinTalks analysis found. When Ald. Emma Mitts (37th) needed food for supporters on Election Day, for example, she spent $7,000 at a caterer in a neighboring ward instead of her own. Her campaign consultant – whom she paid more than $8,000 – lives in Georgia, and she hired a Far South Side woman for her bookkeeping.

Of the roughly $45,000 Mitts spent on her campaign, just $625 – about 1.5 percent – went to businesses within her ward: $435 to the Austin Voice Newspaper for advertising and $190 to a Dunkin Donuts (5201 W. Fullerton Ave.), according to statements filed with the Illinois State Board of Elections.

Those numbers place Mitts squarely at the bottom of the list in a rank of Austin aldermen’s in-ward spending for the period July 1, 2010, to March 31, 2011. (Campaign filings for the second quarter of this year – the months of April, May and June – are due to election officials today.)

For the last six months of 2010 and the first three months of this year, Mitts spent about $40,000 outside her ward, filings show. She failed to list addresses for $5,170 spent on consulting and repairs, and her office declined to provide details on those expenditures.

In-ward spending for Austin’s other three aldermen ranged from 8 to 25 percent between July 1, 2010, and March 31, 2011, AustinTalks found. (See below for details about your alderman’s local spending. Not sure who your alderman is? Click here.)

AustinTalks checked campaign reports filed with the state Board of Elections. Under state law, payments under $150 per filing period may be reported as “non-itemized,” and addresses need not be reported. Since it is unknown where this money was spent, non-itemized expenses – ranging from $0 to $4,124 per candidate per filing period — were excluded.

In some cases, aldermen had no choice but to shop far from home.

It would have been virtually impossible to find a local substitute for Clear Channel, for example, the billboard-owning giant where 28th Ward Ald. Jason Ervin spent $26,081 on advertising; likewise for the $4,555 Ald. Deborah Graham (29th) spent on phone services at AT&T, or the $3,645 worth of “robo-calls” Ald. Michael Chandler (24th) commissioned from a Washington, D.C., company.

“It must be recognized that certain specialty business services are not as readily available within (the 37th) ward as there are perhaps in other areas of the city,” a Mitts spokeswoman wrote, “which makes procuring them locally somewhat more challenging.”

Some services required for a campaign simply are not available in every ward, said Dick Simpson, a former North Side alderman and chair of the political science department at the University of Illinois at Chicago.

“Their first concern is putting together a viable campaign,” Simpson said. “(We have to ask,) what do they have in their ward that can supply them?” 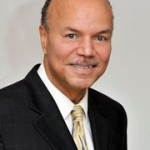 High-end printing companies that are environmentally friendly and union-run, for example, aren’t in every ward, Simpson said. But things like web design and supplies for campaign headquarters are sold everywhere and can be bought locally, he said.

“We have all of that within the ward,” said Crawford, whose Sankofa center received $300 from Ald. Graham’s campaign. “We have plenty of local caterers, good caterers … You talk about spending local, and you talk about supporting your ward, and then you go out and do that?”

Crawford also noted that, while perhaps not all unionized, there are many “good printers” in Austin who “would love to get some of that business.”

“Sometimes you have to go against the grain in order to help people out,” he said.

Spokespersons for Ervin, Mitts and Graham each responded with a written statement saying the aldermen supported businesses in their wards whenever possible. Each said the services they need are not always available in their communities.

“I truly believe that if we are going to attract new businesses and help our current businesses grown in the 28th Ward, then they need our help and support,” Ervin said in his statement. “It’s going to take time to build our ward into the economic power engine that it should be today.”

Inside his ward, Chandler spent $2,000 at Luis Printing (3058 W. Cermak Rd.) and $350 at Murphy Hill Art Gallery, a rental for a fund-raiser at 3333 W. Arthington Ave., the same building where his campaign office was located.

Outside, he spent $3,150 at another printer in the 28th Ward and $8,750 on yard signs from a promotional products maker in southwest suburban Bridgeview.

Ervin (28th) and Graham (29th) ran more expensive campaigns and shopped more at businesses in their communities – though their in-ward spending is somewhat inflated by reimbursements to themselves or to staff members who live in their wards.

Perhaps inflating Ervin’s in-ward spending numbers is $11,000 to his assistant and 28th Ward resident Emma Robinson for “work off city time,” food and campaign items, an Ervin spokesman said, as well as $3,000 for rent for Ervin’s campaign office, a building the alderman owns, according to a city disclosure.

Outside his ward, Ervin looked to the west suburbs for some services, especially consulting. He paid a Forest Park campaign consultant more than $2,800 and a Bellwood campaign spokesman $2,250. Ervin also had a car serviced for $294 in Maywood, the suburb where he used to serve as village manager.

Ervin also spent more than $11,000 at a Sho-Shot Graphics, a printer in the near West Side’s Ukrainian Village. (An Ervin spokesman said the alderman has since hired a 28th Ward business for printing and mailing.)

The address of several recipients – including Woo Ah, LLC, to whom the alderman paid $9,260 in rent over the nine-month period – could not be confirmed and were therefore excluded from the analysis.

Many of Graham’s bigger purchases were outside the 29th Ward – including $2,561 on office furnishings at a west suburban Villa Park Wal-Mart, $3,645 for a fund-raiser at downtown’s Weber Grill and $4,471 for food at Symone’s Catering in west suburban Bellwood.

Still, Graham led the four aldermen in the number of, if not the total value of, expenditures within her ward.

Graham also hired ward residents for small jobs, paying one resident $500 to DJ two events, another $500 to clean her office, and a third $400 to perform as “K-Meister the Magician” at an event.

Crawford, an advocate for Austin businesses, said he would support a rule that required aldermen to spend campaign money locally whenever possible.

A “community resource book” listing businesses within the Austin community would also make the businesses more accessible, he said.

Alderman’s response: Chandler did not respond to requests for comment.

No address provided on filings/address could not be confirmed: $10,060

(Note: In addition to her expenditures, Mitts transferred $18,000 in late 2010 to the New 37th Ward Democratic Organization, a committee designed to “support Democratic candidates, political education and community service” in her ward.

That committee spent about $95,000 from July 1, 2010, through March 31, 2011 – about 11 percent of which was spent in the 37th Ward. It is unclear how much of that was spent on Mitts’ campaign as opposed to other ward expenses, and Mitts is not listed as one of the committee’s officers, according to a Board of Elections spokesman.)

9 thoughts on “Aldermen’s campaign cash flows out of Austin”