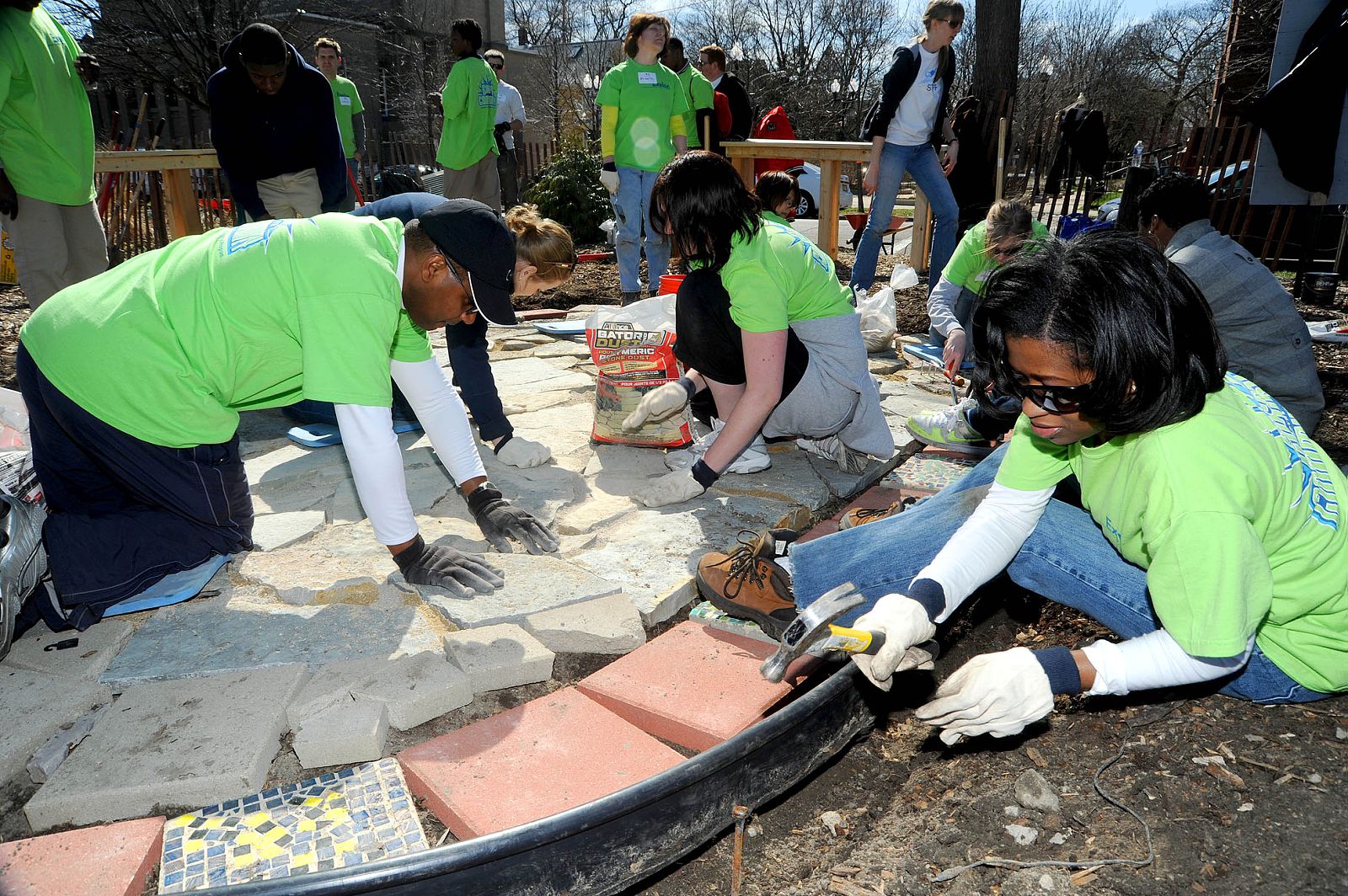 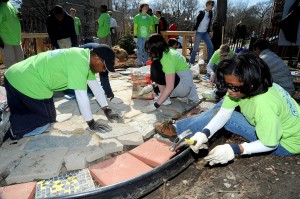 The students who participated in the service project are part of Exelon’s Stay in School Initiative, a suite of mentoring and after-school programs for grammar and high school students from at-risk neighborhoods.

“Two key focus areas of Exelon’s Stay in School Initiative are to encourage students to give back to their communities and to teach them the importance of environmental stewardship,” said project leader Calvin Butler, Exelon senior vice president of human resources. “Through mentoring projects like this one, our employees take an active role in helping to instill these values in students who live in the communities we serve.” 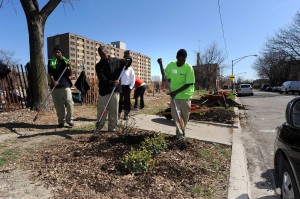 Students from Frederick Douglass Academy work on the school’s student garden. The service project is one of 80 Exelon is sponsoring for National Volunteer Week.

The event was one of more than 80 community service projects Exelon employee volunteers are leading in observance of National Volunteer Week. More than 1,200 Exelon employees, family members and friends are expected to provide approximately 5,000 hours of volunteer service for the projects, which take place in Exelon’s service territories of northern Illinois, southeastern Pennsylvania and Texas.

“Our company-wide observance of National Volunteer Week grows each year and continues to contribute meaningfully to the communities we serve,” said John W. Rowe, Exelon chairman and CEO.

“But our employees’ commitment to volunteerism is hardly limited to one week out of the year.  Thousands of dedicated Exelon employees partner year-round with their local service organizations to improve the environment and quality of life for people in their communities and beyond.” 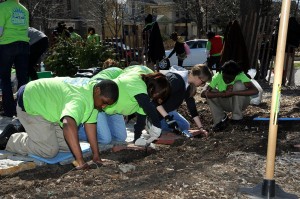 National Volunteer Week, which officially takes place April 10-16, 2011, is an annual, nationwide observance of individuals’ and organizations’ contributions to their communities. Many of the environmental projects organized by Exelon volunteers will take place around Earth Day and support Exelon 2020, the company’s strategy to eliminate the equivalent of its annual carbon footprint by 2020.

In 2010, more than 2,000 Exelon employee volunteers gave almost 66,000 hours of their time to community nonprofit organizations. This is equivalent to 1,650 workweeks or nearly 32 years of fulltime service.

Exelon is one of the nation’s largest electric companies; its holdings include ComEd, which provides electricity to about 5.4 million customers in northern Illinois.