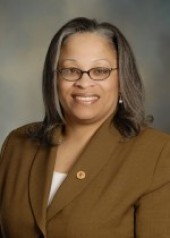 By Nick Moroni of the Austin Weekly News

Beverly Rogers, a Chicago Police officer for more than 30 years who recently retired, is running for 29th Ward alderman. Rogers, 59, has been immersed in Austin for close to 40 years and now hopes to beat recently appointed Ald. Deborah Graham. 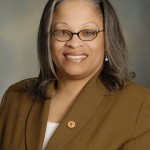 Though a political novice, Rogers dismissed the notion that her opponent, a former state representative from the 78th District, is more experienced. Mayor Daley selected Graham earlier this year to fill the seat held by Ike Carothers, who resigned after pleading guilty to federal corruption charges.

During a recent phone interview, Rogers emphasized civic engagement and encouraged residents to offer suggestions that she might take to the Chicago City Council if elected Feb. 22. She dubs herself an “alderman for the people” and says her run “is not about politics, it’s about the community.” 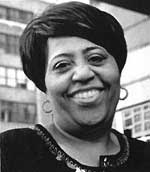 Tell us a bit about yourself. I’m a newly retired police officer. I retired on April 16, 2010, and I have lived in Austin since 1970. I began working [with the Chicago Police Dept.] in 1977 as a civilian in the beat representative program, a federally funded program aimed at going out into the community and doing workshops and seminars and crime prevention programs, developing block clubs and pulling the community  together. Just making the community a better place. I was involved in that until 1986.

How did you become a police officer? When I moved to the Austin community, I began to volunteer for Concerned Members of Austin – its mission was to empower the community. I sat on one of the committees, and we were given federal funds to start the beat rep program. At one point, [the Chicago Police Dept.] offered me a position.

Then in 1986, I became a sworn officer. I worked at the 29th Ward, 15th District station my entire career. I worked the street as a beat officer until 1990. I went on the undercover tactical team (narcotic arrests, burglaries, robberies). We concentrated on felony crimes. During that time I also did community policing – it is now called “neighborhood relations” – until 2010.

I was able to learn the community and identify the problems and concerns of the residents. I was right there. I have the knowledge of [residents’] needs and desires. I have the expertise and some of the resources.

I have the support of the local businesses, the community and the seniors. They all told me, “You’d be great at [alderman], you should run! We’ll support you!” This is totally grassroots.

What other community projects were you involved in? The 15th District Positive Alternative Project. That was piloted in 1990 or 1991, and it is near and dear to my heart. My son is a doctor now because of it. It just brought people together. We got the community and business owners involved – we even had classes at the district station. At one point, we had classes with the FBI Academy.

It was a partnership with CPD and the City Colleges. There were programs for kids 8-13 and 14-20. And the Explorer Scout Program took place in every district in Chicago. It was for young people aspiring to be police officers.

The Positive Alternative Project was created in part by CPD to occupy at-risk youths with educational and recreational activities to curb gang and illicit activity.

How long have you been in Austin? I was born and raised at 2019 W. Roosevelt Road, at Roosevelt and Damen, until I was married in 1970, when I moved to Austin.

If elected, how do you plan to bring money and/or projects into Austin via the city council? We will focus on education, economic development. I’m encouraging people to have a voice, to offer suggestions. This campaign is not about me. We are going to set up town hall meetings because the people need to be heard. As I’m going around, people are saying they want to be heard. I’m running on the slogan, “Have a Voice!”

From what I understand, and I’ve been doing some research, there are some projects that the 29th Ward could be involved in that it’s currently not. I want to make sure the 29th Ward won’t be overlooked.
There is the Harrison TIF (tax increment financing), the North Avenue TIF, and there are some huge businesses that want to come to Austin. We need to bring that to the table and bring those businesses to the table to use those dollars. And we need to make sure that [businesses] have knowledge of the application process.*

(Editor’s Note: Tax increment financing districts (TIF) are designated areas where a portion of the property taxes are collected and placed into a special account. That money is supposed to be used on projects in blighted areas. Rogers says TIF funds should be used as incentives to attract business investment in the 29th Ward.)

What is your driving force in pursuing this office? I see a community that was once thriving. Now it’s as though they’re downtrodden. My driving force is to be the voice – to take it to City Council and say, “This is what the 29th Ward wants and desires.” And then demand that we have this kind of life.

What other issues are you basing your campaign on? Accountability, hiring within the community, upkeep of the community, solid plans that involve all of the residents, making sure children are receiving the best education the city has to offer.

What kind of support have you received thus far? It’s coming from the residents, ministerial groups; we’re doing this grassroots. My support is coming from the people. We have a lot of great days ahead of us. I’ve worked hard in this community; that’s why they have faith in me. I know the business owners, the seniors, and the residents and I have their respect.

Following Ald. Deborah Graham’s special appointment in the wake of the Isaac Carothers scandal, do you think she has done a decent job of representing the ward? Is there room for improvement? If so, how? There is always room for improvement. There will never be a time when there isn’t. It is just time now. We need to move in that direction rapidly, for the betterment of our community. The community needs something new. As alderman, my door will always be open.

What is Ald. Graham not doing, as a representative or as a legislator, that you think should be done? Or what is she doing that should not be done or should be improved upon? Listening to all of the residents. She hasn’t had time to do a lot. I ask residents all of the time, “What has she done? Tell me one thing that she has done.” They can’t tell me. I’m not going to be that kind of alderman. They are going to know. They have to have a voice. They have to be listened to. I don’t know what she’s doing, to be honest with you.

Are you saying Ald. Graham is part of “The Machine”? I’m saying she was appointed. She was part of the 29th Ward organization. I’m totally independent. My experience is in the community. She’s been alderman for a few months. I don’t see anything that’s blatantly changed. Is there any landmark legislation? Do we see any projects? I don’t thinks she’s ahead of me at all. I actually think it’s a disadvantage.

There’s nothing there that says she can do a great job for the 29th Ward. I’m not putting her down, I just don’t see it.

What do you want Austin residents to know about you as a candidate? I want them to know that I am somebody that cares. I’m not political. I’m going to be a representative who speaks for the people – a caring voice for the people, someone who desires change who’s willing to go and fight for their beliefs and rights.