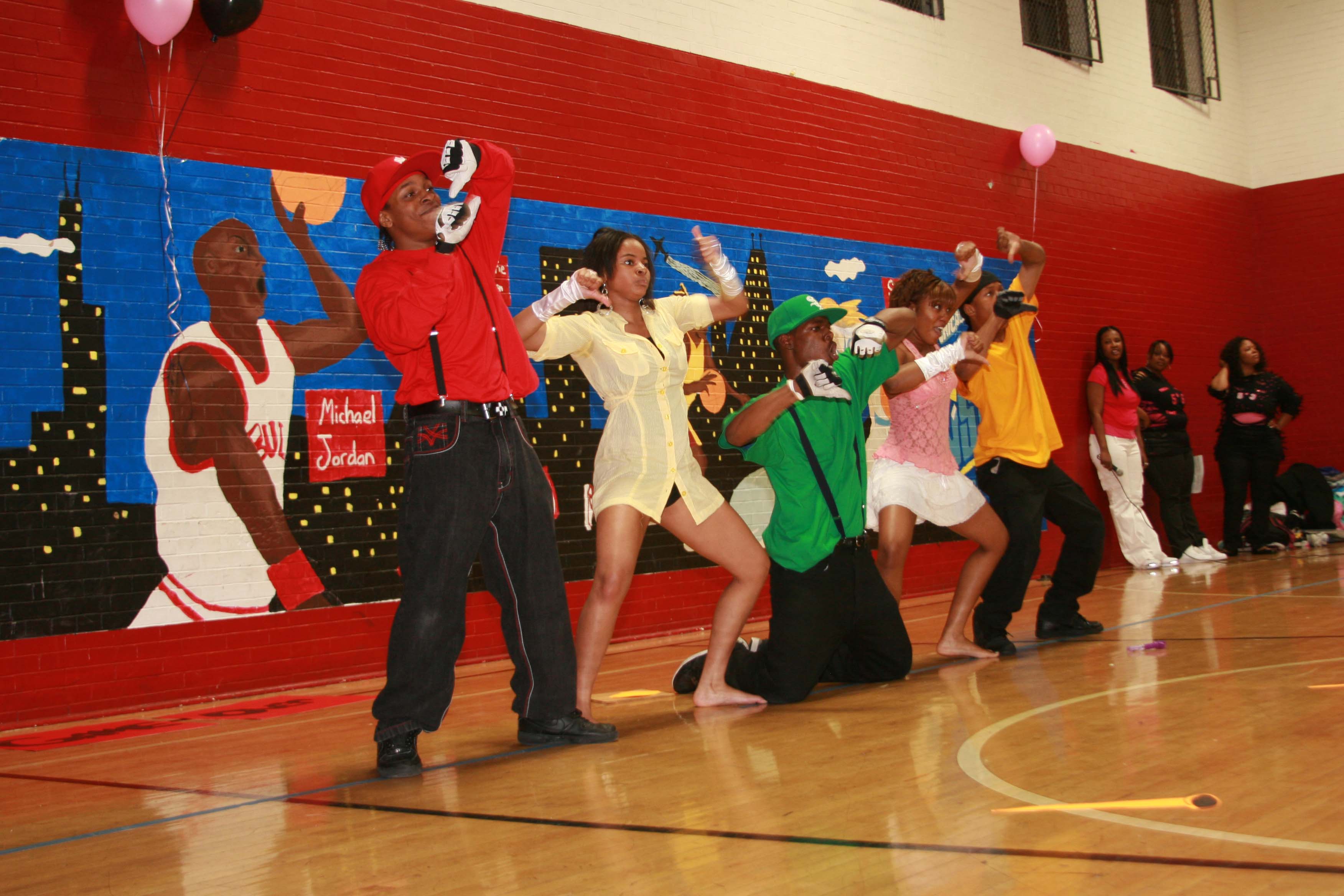 Dorothy was there cuttin’ some rug, and so was the Tin Man. The Scarecrow was hip-hopping, and a flying monkey and the Wicked Witch were surely entertaining the crowd. Little girls dressed in pretty-colored tutus twirled around, while scrubs-clad doctors and nurses in uniform busted some major moves.

No, it wasn’t a costume party, just the scene at the Austin YMCA gym May 8 during the wicked “Battle of the Sides” dance competition, which pitted West Side and South Side dancers against each other. 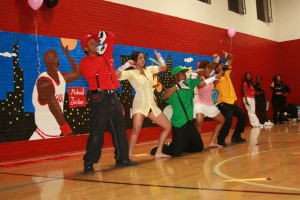 The winners were the doc and nurses, who were performers from Premier Dance Coalition, a South Side group from Full Effect Entertainment Theatrical Dance Company (FEETDCo). The group not only won first place but they also took home the People’s Choice Award.

“It feels great,” said Dane Campbell, artistic director of FEETDCo, which has teams across the city but is based out of the Austin Town Hall.  “The team has been working on this routine for months, perfecting every dance step and fine tuning their improvisational cues.”

Yet in this particular show, the group was asked to decrease its dancers from 20 to just eight, Campbell said.

“Needless to say, they conquered it,” he said.

The competition was presented by the Final Explosion Team of Performing Arts, which will donate a portion of the proceeds to the Learning Network Center, an alternative elementary school for students struggling in a traditional classroom setting. The top two teams – Premier Dance Coalition and Hygh Definytion – each won $400 and $200 respectively and a trophy, and third place winner ABC Dance Group won a trophy. 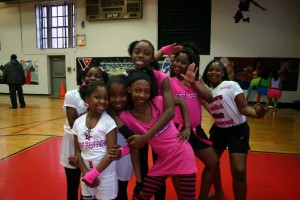 “I had a blast,” said Latricia Walker, founder of Final Explosion.  “To see everybody get together, and my kids did spectacular…we really enjoyed ourselves. I’m so happy it was safe and violence free.”

About 100 kids from eight teams participated in the event. And even those who didn’t win had fun.

“We love doing things like this,” said Justin Pryor, a 20-year-old from Austin whose ABC Dance Group won third place dancing hip-hop as “The Wiz” characters. “It’s fun for us, and the kids like to see us dance. We’re just doing it up today and having fun at the same time.”

“We support the kids,” said Tiffany Bostic, a teen from K-Town.  “These are the role models for the future.”

Events like this gives young kids and young adults an opportunity to show their artistic abilities and share it with the community while doing something “positive and uplifting” for the neighborhood, said Kenya Hodges, whose 15-year-old daughter, Nikhaule, was a competition winner. 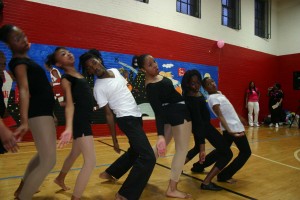 “These young people could be hanging on the streets, but they come together and express their artistic gifts in this way,” said Hodges, a board member of FEETDCo. “It’s competitive, so it keeps them going.”

Tysheena Walker, a 19-year-old dancer dressed as Dorothy from “The Wiz,” agreed.

“You stay out of trouble and it’s a positive outlet for many people,” said Walker, a K-Town resident. “It keeps people out of trouble, and energized and enthused.”

Campbell said events like this are important as they give kids an opportunity to exhibit their talent.

“This type of community, with kids and adults, everyone needs to see the talent and artistry still existing,” he said. “It also gives them an outlet to be part of something cultural, artistic, social and positive.” 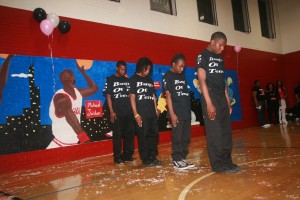