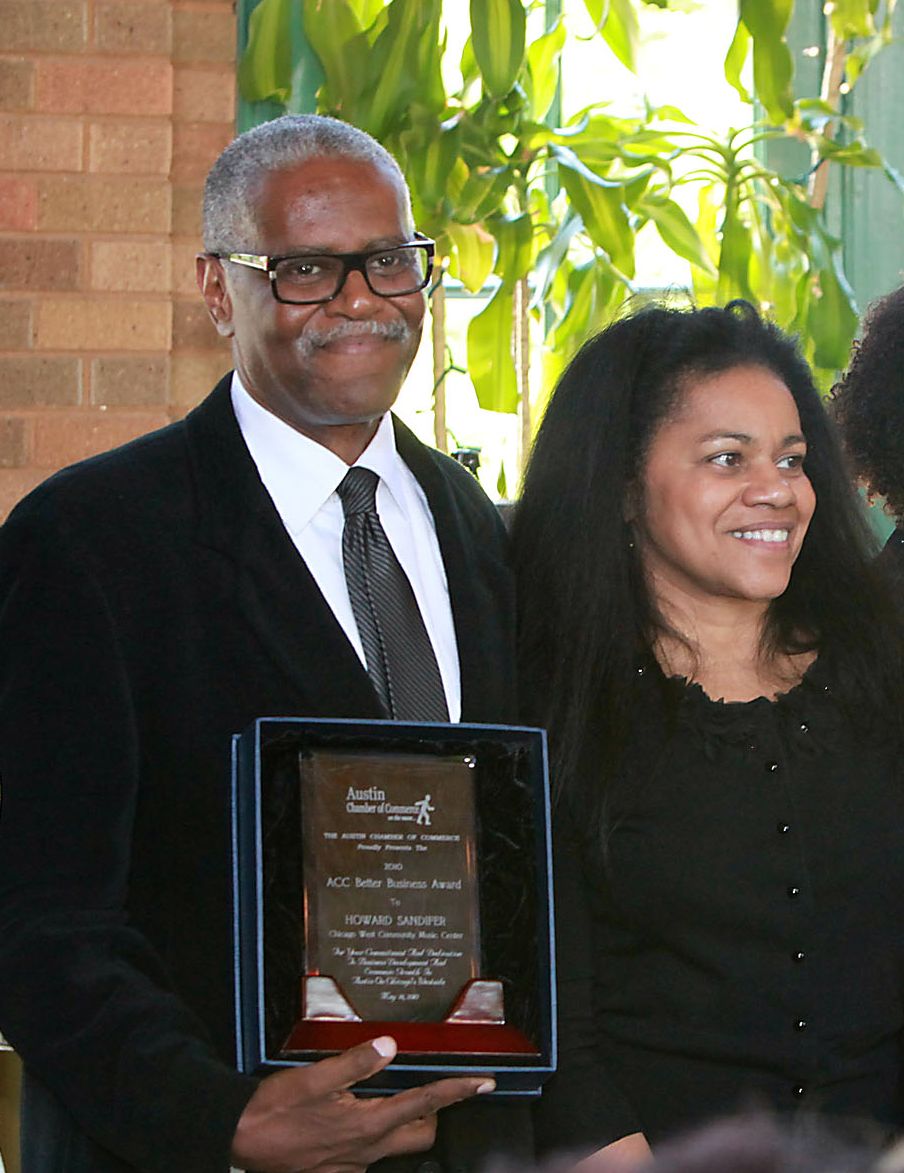 By Delores McCain of the Austin Weekly News

Columbus Park Refectory, 5701 W. Jackson Blvd., was the venue for “Groovin’ on a Sunday Afternoon,” the Austin Chamber of Commerce’s eighth annual Jazz in the Afternoon. This year’s event was bittersweet because the chamber’s executive director, Camille Lilly, is stepping down after being named the 78th District state representative. She replaces Deborah Graham, the newly appointed alderman of the 29th Ward.

Lilly assured everyone that the chamber is in good hands with its new executive director, Finis Collier, with FCJ Real Estate, and its president Vince Williams, of Reyes & Williams LLC. Lilly expressed confidence in each gentleman and promised she would be seated in the audience next year like everyone else. Collier and Williams both dismissed that statement, saying she will always be the chamber’s “No. 1 queen.”

The chamber’s award recipients this year were:

• Evan M. Turner, a first-team 2010 NCAA Men’s Basketball All-American, playing for the Ohio State University, who was cheered on by his mother, grandparents and family members, including Rep. Lilly, when he accepted his award.

• Morris Smith, an Austin resident and graduate of Westinghouse High School, who was recognized for his dedication to the community and being a leader in the business community. He has managed some 300 employees and was responsible for $225 million in sales with Coca-Cola Co. 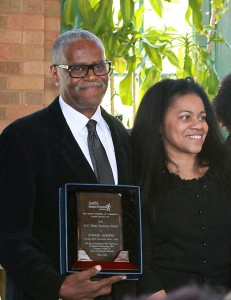 Howard and Darlene Sandifer receive their award from the Austin Chamber of Commerce. (Photo/Austin Weekly News)

• Howard Sandifer and wife Darlene were honored for their work with young people. Founders of the Chicago West Community Music Center, the Sandifers train and produce young musicians.

The music was as much of a draw as the brunch. Vocalist Gloria “Samantha” Bannister rocked the house along with performances by gifted young musicians from the community.

The brunch was served by Pierre’s Catering Service.