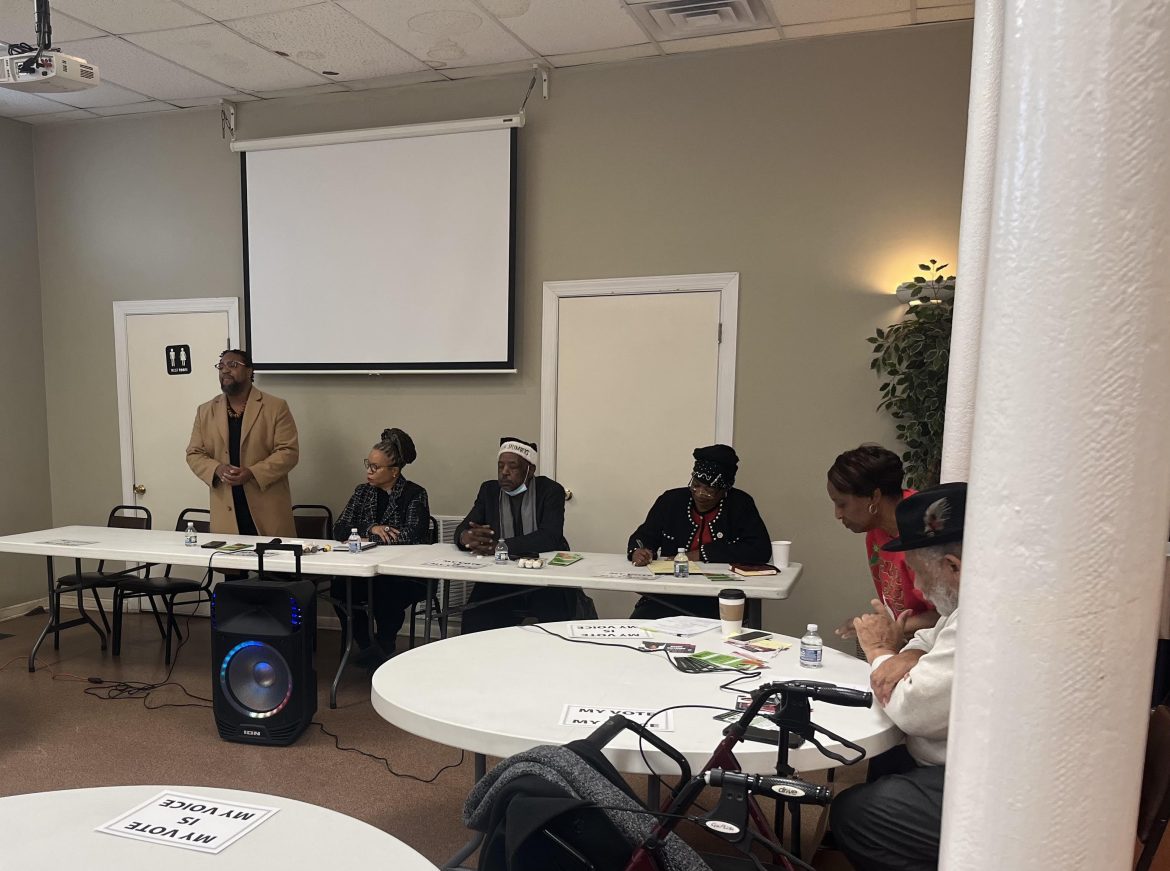 Carmelita Earls was arrested in her own home after calling the police for help. As a member of the Chicago Fire Department, the police asked her why she didn’t identify herself sooner.

“I said, ‘Why should I have to tell you that I am a chief?’ This how my people are being treated,” Earls said.

When he was a teenager, Deondre Rutues and his twin brother heard gunfire in their neighborhood and ran from it. Police assumed they were the offenders and forced Rutues’ brother against a police car and twisted his arm.

“The only thing I could do as a young boy is turn around and start crying,” said Rutues, who has worked as a community engagement specialist for the Policing Project’s Chicago Neighborhood Policing Initiative as well as for the Cook County Sheriff and Chicago Public Schools, according to the Chicago Reader.

Arewa Karen Winters lost her 16-year-old great-nephew in 2016 when he was shot to death by police in North Lawndale. Ever since then, she has been an activist for police accountability, said Winters, who co-chaired Mayor Lightfoot’s Use of Force Working Group, the Chicago Reader reported.

Earls, Rutues and Winters are three of seven candidates running in the Feb. 28th election for a seat on the new 15th District Council. They shared their stories last weekend at a forum held by the Austin Northwest Austin Council. The other four candidates are: Oddis “OJ” Johnson, Constance Melton, Darius Newsome and Elena Thompson.

Details on how each district will run will be up to the elected council members. General responsibilities include holding monthly public meetings; building relationships between police and the community; and nominating candidates for the citywide Chicago Community Commission for Public Safety and Accountability.

The Austin neighborhood is covered by both the 15th and 25th Police Districts. Candidates who submitted petitions for the 25th District include: Jacob Arena, Saúl Arellano, Edgar “Edek” Esparza and Angelica Green.

In addition to Earls, Rutues and Winters, two others candidates attended the Dec. 17 forum: Johnson and Green. It was moderated by Frank Chapman of the Chicago Alliance Against Racist and Political Repression.

Chapman said the only way for the district council to work is if the candidates aren’t working with the Chicago Fraternal Order of Police, which represents the force’s frontline officers.

“We’re going to expose every FOP candidate,” Chapman said. “I call them Trojan horses or moles.”

One challenge is raising public awareness about the council, said Remel Terry, an interim member of the Community Commission for Public Safety and Accountability.

“We really want people to be educated, informed and also engaged,” Terry said. “We cannot be successful without the community’s input and involvement.”

Winters said she wants to fight against the city of Chicago and the CPD to make significant changes for the community.

“I’m not talking about individual police officers. I’m talking about the institution of policing and how to go about addressing it,” Winters said.

Green said she’s the only candidate running for the 25th District who lives in Austin. She said the concerns in Austin go unheard, and she tries to engage the community to use their voice.

“Let your voice be heard because we’re not seen as equals,” Green said. “It pains me to see that our own people … who should be serving us, treat us as if we’re less than.”

Objection petitions have been filed against some of the candidates with the Chicago Board of Election Commissioners. Earls challenged several other candidates running for the 15th District Council, saying their petitions were properly notarized and questioned whether they had collected enough signatures from registered voters. She challenged Winters, Johnson, Newsome and Thompson.

Some districts elsewhere in the city – including the 1st, 6th and 14th – have only two candidates running for three seats. Terry said the mayor will appoint Chicagoans to any vacant seats.

February’s ballot – which includes all 50 seats on the Chicago City Council, mayor and the 22 District Councils – will be finalized on Dec. 22.