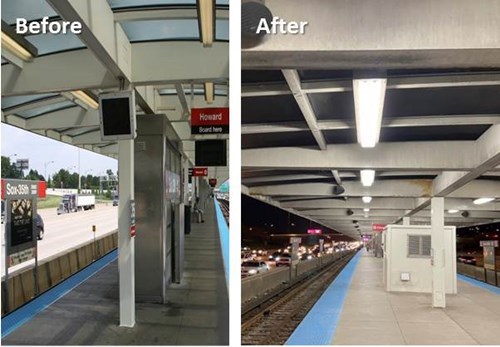 The Central Green line stop is one of nearly 30 CTA stations across the city that will be repaired and improved.

The work is being done under the CTA’s ongoing station revitalization program, which last year was expanded and accelerated to target more than 90 percent of all rail stations.

The work began at some stations in April and will continue through the year, according to a CTA press release. Customers will be notified ahead of time and can always visit CTA’s website for updates. There will also be signs posted and alerts at each location a few days before work begins, while work is occurring and after the work is completed.

As part of the “refresh and renew” program, crews address behind-the-scenes needs and repairs to keep stations in a state of good repair, including removal of outdated fixtures and equipment, repairs to utility and plumbing lines.

None of the other Green line or Blue line stations in Austin are scheduled for this work in this round.