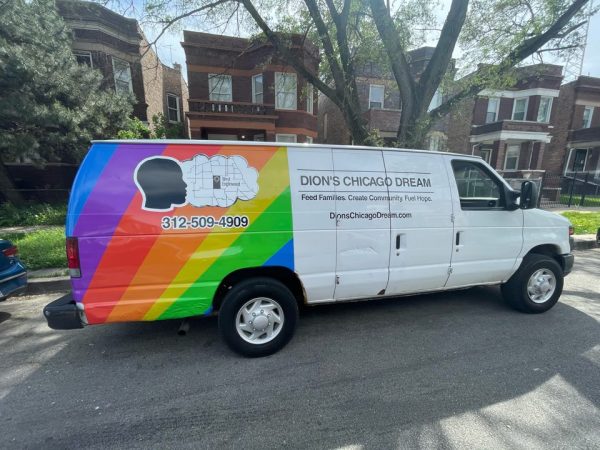 Dream deliveries arrive once a week and include eight to 10 pounds of fresh produce. Already, 100 families in Austin use the service.

Ashley Friend, external relations director for the Thierer Family Foundation, said the foundation is focused on Austin because of the resources that already exist in the community. Austin has 25 food pantries associated with the Greater Chicago Food Depository as well as a series of pop-up groups and events that distribute food.

The foundation saw Austin as a great place to test out a new service called OpenShelf, Friend said. OpenShelf is an online database that provides directions to the nearest food pantry and links to their websites. The site started its operation in Austin but has expanded to the rest of the city.

The food deliveries are already having an impact on Austin.

“I’m disabled and a single mother, so my money is very limited,” said Jackson, 41, who’s lived in Austin since 1986. “The dream deliveries have made it possible for me to have fresh fruits and vegetables in almost every meal for my family. With diabetes/pre-diabetes being a concern, the fresh produce makes it easier to not buy cheap fast/fried food.”

About 250 families in Austin and Englewood have been using the delivery services.

“I think the beautiful thing about it is that we don’t assume we know what is best for the family,” said Dion Dawson, founder of Dion’s Chicago Dream.

The organization delivers 2,800 pounds of fresh produce to households as far north as Evanston and as far south as Pullman, Block Club Chicago recently reported.