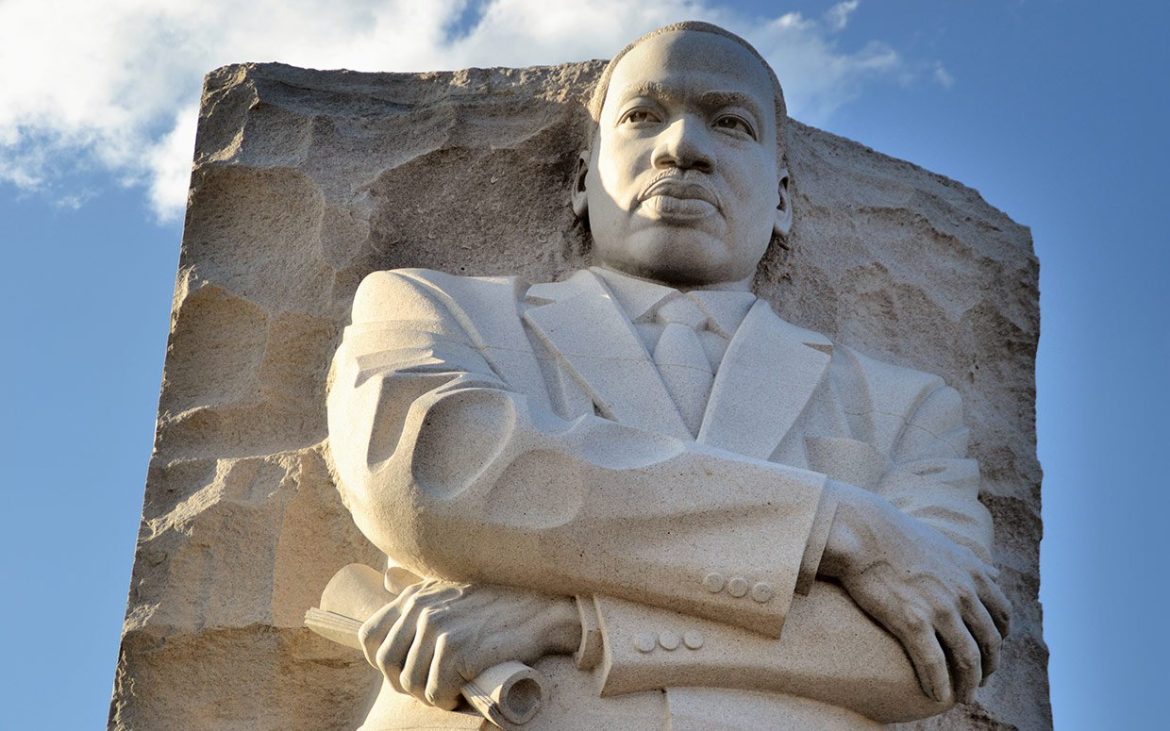 During Monday’s event, Acree noted how young King was when he started his life of civil rights activism. The Austin minister called upon young people to follow in King’s footsteps.

“King was not just a dreamer but a man of action.  Young people should not just admire King but honor him by becoming activists in our community,” Acree said.

Acree said voting rights is facing unprecedented assault in modern history by public officials opposed to the democratic principle of one-person one-vote. That’s why he participated in the most recent March on Washington For Voting Rights in August 2021.

“It’s a disgrace that we’re still fighting for voters’ rights,” Acree said last year in Washington, D.C.  “If we don’t use our voices, we have a radical right-wing contingency of the Republican Party that will set us back 60 years.”

1) Get registered to vote for everyone who’s 18 or older.

2) Get parents, siblings and fellow students registered to vote.

3) Work with the faith community. The success of the civil rights movement would have been impossible without the leadership of the clergy.

Acree reminded the students of King’s Chicago connection; he moved to the West Side in 1966. King and his wife Coretta always welcomed Chicago’s youth into their modest apartment in North Lawndale, he said.

“What an amazing legacy it will be to see today’s Chicago youth display leadership by following in this extraordinary and historic tradition,” Acree said.

Ford said he wants to “further understand the challenges our incarcerated face and how they end up in situations of crime and violence.”

“If we really want to stop the cycle of violence, we have to listen to the people causing our streets to be unsafe,” said Ford, chairman of the Illinois House Public Safety and Violence Prevention Task Force.

“I’m visiting carjackers and other detainees to talk about the rule of law and to listen on how government can change to help prevent crime and create more positive outcomes. I’m visiting these individuals … because their voices and perspectives matter.”

Ford said his focus Monday was to listen to the issues and challenges faced by the young incarcerated. In particular, the Austin lawmaker is interested in understanding “better ways we can connect such individuals with resources including job training and economic security.” He also encouraged the young detainees to exercise their constitutional right to register to vote.