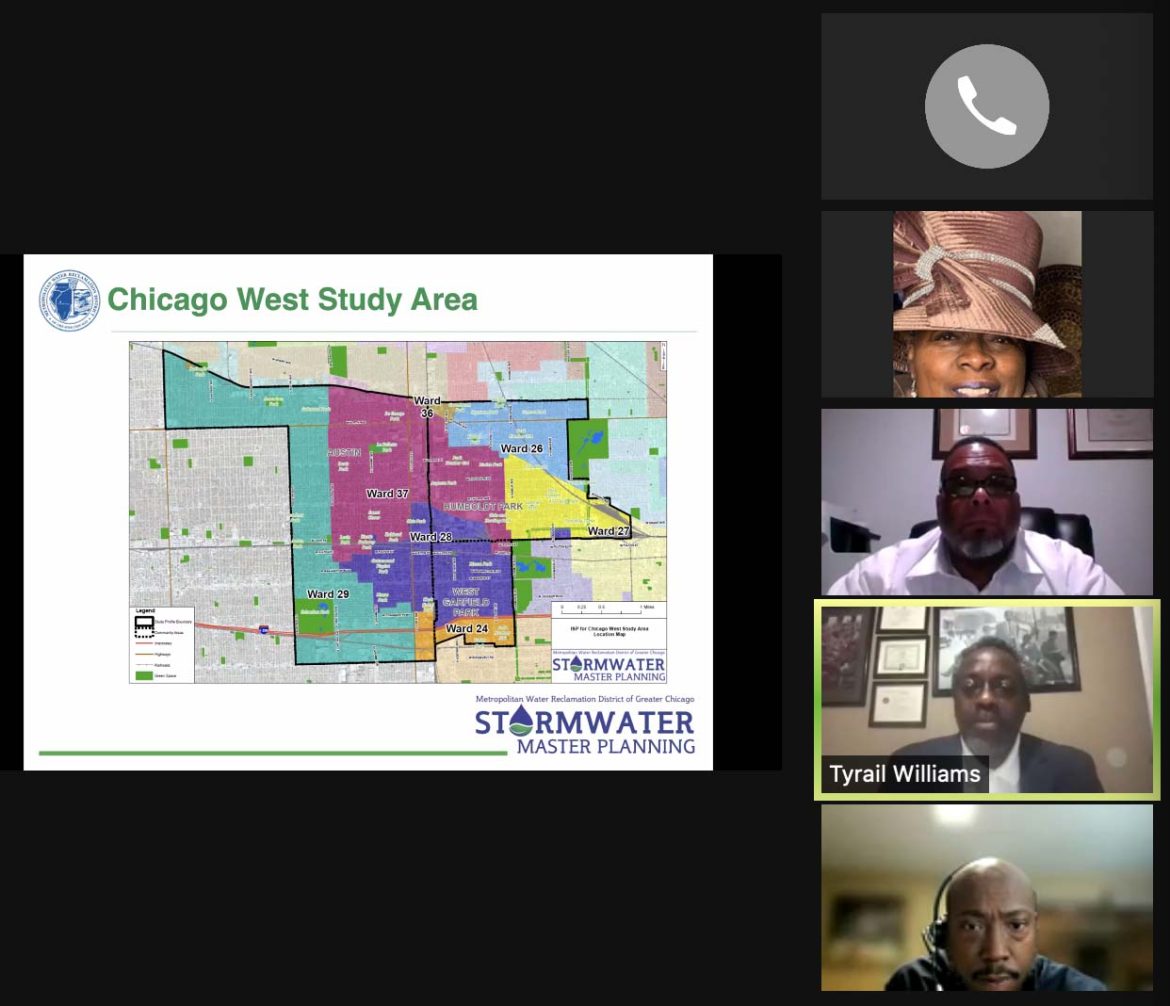 Chicago’s many fall showers may have watered flowers, but they have caused flooding, too.

As part of the Stormwater Master Planning program, launched by the Metropolitan Water Reclamation District of Greater Chicago, a survey has been created to get community input on addressing flooding issues.

“We need strong support from the community because there’s strength in numbers. We want to make sure that everything is equitable when it comes to these infrastructures,” Williams said.

Some of the proposed green infrastructure options being considered to reduce flooding risks include stormwater planters, curb extensions, planting gardens and other green spaces, and installing permeable pavement sidewalks and alleys.

Planters could mitigate flooding that occurs on streets and in basements. Curb extensions are an option but can create parking issues in some communities, Williams said.

Gardens could help because the vegetation sops up some of the water. Permeable pavement would increase the amount of stormwater that soaks into the ground after intense rain.

“I still get water, not as much,” said Taliaferro, referring to his home basement. “But I know a lot of residents in the 29th Ward do because anytime we get heavy rain, we get a lot of questions about water in basements as well as being retained on the streets.”

Williams added, “We want to hear from you what’s going on all the way down to a resident level. The community has to let us know what is going on and what they would like to see.”

The five-minute survey, which closes at the end of November, can be accessed here.

Residents with limited access to technology or technological challenges can call (708) 987-0095 for assistance with filling out the survey.

More information can be found on the program factsheet, and feedback on the program/survey can be emailed to: mwrdchicagoweststudyarea@stantec.onmicrosoft.com.