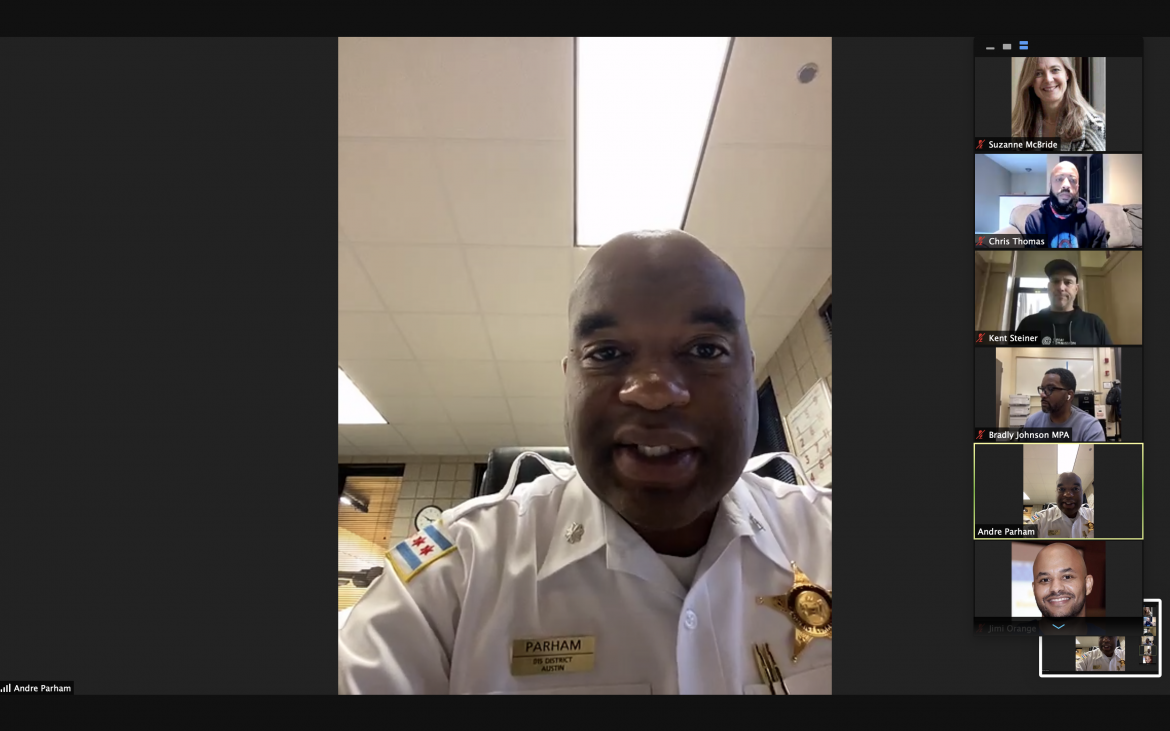 The new 15th District Commander said police need religious leaders’ help to deal with the ongoing violence between two gangs that led to a daytime shootout in Austin last Friday.

One person was killed and two people were injured in the 1200 block of North Mason Avenue. Over 100 shell casings were recovered at the scene, Andre Parham said Tuesday while speaking at the 15th District’s monthly meeting of faith leaders.

As Parham was addressing West Side faith leaders, Cook County State’s Attorney Kim Foxx was holding a press conference where she said Mayor Lori Lightfoot was wrong to publicly discuss the deadly shootout, and she criticized Lightfoot, a former federal prosecutor, for getting facts wrong, reported the Chicago Sun-Times.

On Monday, Lightfoot publicly urged Foxx to personally get involved in the case and to reconsider charging two suspects who allegedly helped instigate the shooting. Chicago police sought to charge all five suspects with murder and aggravated battery, but Foxx’s office declined to charge any of them, calling the evidence insufficient.

About 10:30 a.m. Friday, members of the Body Snatchers faction of the Four Corner Hustlers drove to the 1200 block of North Mason in two Dodge Chargers and began shooting into a home using handguns that were modified into automatic weapons, the Chicago Sun-Times reported. Members of the rival Jack Boys faction then fired back from inside the home.

The gun battle, which was caught on police POD camera, only came to a halt when a police cruiser pulled up.

The strategies police would typically use with West Side gangs, where the disputes usually arise over narcotics and money, “aren’t going to work here,” Parham told faith leaders.

“This is straight-up 1990s gang banging,” he said during the virtual Zoom meeting. Gang members are shooting in broad daylight and don’t care if there are young people or elderly in their way, he added.

“It’s a clear and present danger to everybody in the community, and I mean everybody,” Parham said. “It’s like a shooting gallery out there right now.”

He said police are doing all they can, but “this is the type of thing that I’m hoping you can reach people in the way the police can’t.”

Parham noted this is the same house where a woman was killed a few years ago standing on the porch with a  baby in her arms. This house is always going to be a target because it’s associated with the Jack Boys faction. He lamented residents in that area having to live “with that shadow over your head with what goes on at that house.”

To support those residents, Dorin “Pastor Mac” McIntyre of Mount Olivet Missionary Baptist Church invited faith leaders to meet at the block a little before noon on Thursday. “We’re going to go house to house just distributing food and resources.”

The goal is to “truly love on that community,” McIntyre said. “These people are traumatized. We all are.”

During a budget hearing with top police officials Monday, Ald. Chris Taliaferro, who represents the 29th Ward where the shooting erupted, said it was “very horrific” that charges were rejected, the Sun-Times reported.

“Those folks are back on the streets,” said Taliaferro, a former Chicago police officer who chairs the Chicago City Council’s Public Safety Committee. “And I can almost guarantee you they’ll be shooting up again this weekend.”