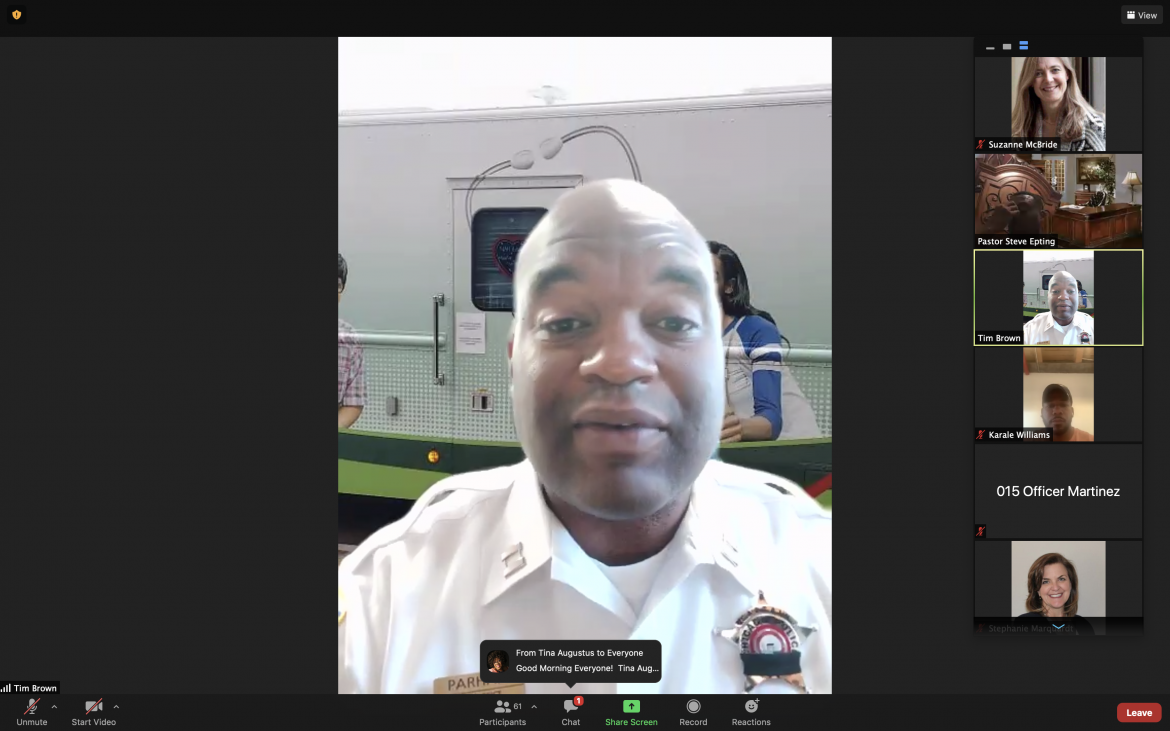 Austin’s new acting police commander spoke Tuesday at the 15th District’s monthly faith-based gathering, pledging to be out in the community as much as possible.

“My goal is to make the district the most successful. … I plan to be in the community a lot,” said Andre Parham, who has worked for the Chicago Police Department for 24 years. “I love this community. I have a lot of family in this community. I call this home. There is nowhere else I’d rather be commander.”

Parham said he’s especially interested in reaching out to young people on the West Side and building on connections he has outside the department to strengthen relationships between police and residents.

“I spent six of the best years of my career here” in the 15th District, said Parham, who replaces Commander Patrina Wines, whose promotion to deputy chief of Area 4 was announced last week.

He said no shootings were reported in the 15th District over Labor Day weekend, which he called “a blessing.”

When asked what he planned to do to improve officer morale, Parham acknowledged there have been an unusual number of resignations, and hiring the number of people needed to fill those vacancies has been “challenging.” He noted the department is trying to limit the number of days off being canceled and to reduce when possible the mandatory 12-hour shifts.

“There is no greater fulfilling job I think than being a Chicago police officer … we need to get back to that message,” Parham said, adding the department needs to keep the public safe and take care of officers, both physically and mentally.

Steve Epting Sr., senior pastor of Hope Community Church, wished Parham well on his new position: “We’re behind you and lift you up.”