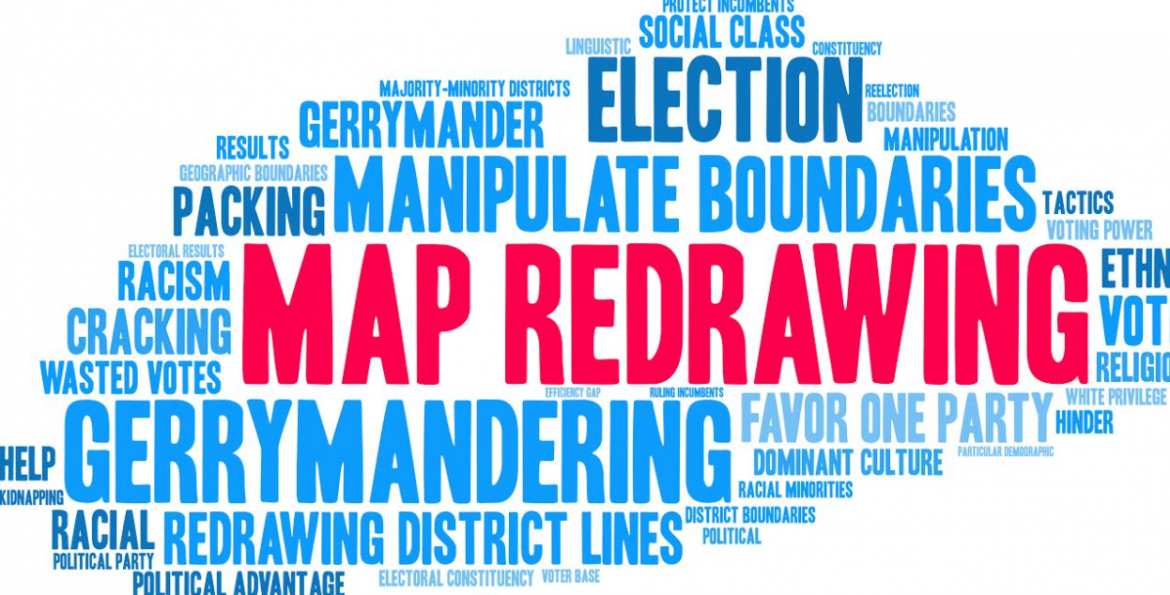 Members of Illinois African Americans for Equitable Redistricting have expressed dismay over the fact that Gov. J.B. Pritzker signed a redistricting plan into law that effectively dilutes Black voting power in the state of Illinois.

“We asked Gov. Pritzker to veto the latest redistricting plan. We also asked the Democratic Party of Illinois to create a comprehensive policy that reverses the harm to Black communities caused by the current redistricting plan and related resolutions,” said Valerie Leonard, the group’s convenor.

“As usual, we were ignored,” she said. “It’s very clear that the elected and appointed officials we spoke with to rectify the situation were just going through the motions. We shared data to show how the Black vote was being diluted. We reminded them that a map was filed in the spring that showed it was possible to preserve current Black districts and create additional majority Black districts.

“At the end of the day, it was more important for the Democrats to protect their veto-proof majority and expand it for years to come. This, on the backs of Black people, their most loyal supporters since Franklin Delano Roosevelt was elected in 1932.”

Last Friday, the governor put his his signature to the new maps that will affect next year’s election and elections over the next decade. But they will have to make it past federal lawsuits brought by MALDEF (the Mexican American Legal Defense and Educational Fund) and Illinois Republicans seeking to declare the maps unconstitutional, reports WTTW reporter Amanda Vinicky.

Leonard noted that Illinois African Americans for Equitable Redistricting is an ad hoc group that has come together to provide education and advocacy about the 2021 redistricting process. Its members consist of registered voters, nonprofit leaders, coalitions and associations, business leaders, block leaders and members of the clergy. The group is nonpartisan, and includes people who identify as Democrats, Republicans and Independents.

Their common goal is to ensure that Illinois’ redistricting process is equitable for African Americans.

“The sad thing is, everything about the redistricting process in the state of Illinois is unjust. Not only have we identified patterns of Black voter dilution, but the policy of counting prisoners in the Census counts of prison towns will cost the Black community nearly $800 million for the next ten years,” Leonard said.

The Illinois General Assembly recently passed a law to end the practice of prison gerrymandering effective 2025, which will have the same effect as waiting for the next Census, as the funding formulas driven by the Census will be set in upcoming months.

Black people made up 14% of Illinois population in 2011.  In spite of a 3.9% population loss, Blacks still make up 13.9% of the state’s population in 2021. The latest redistricting plan drew fewer than 7% of the new districts as majority Black.

“The governor touts this redistricting plan as a reflection of the state’s diversity,” Leonard said. “From where I’m sitting, it looks like a model of how to use the Illinois Voting Rights Act of 2011 to subvert the federal Voting Rights Act of 1965 to effectively water down Black voting power.”

Leonard noted the irony of the situation: The state of Illinois has an unprecedented number of Black elected officials in positions of influence, including chairwoman of the Democratic Party of Illinois, lieutenant governor, attorney general and secretary of state. The Illinois Legislative Black Caucus has the largest contingent ever, and the vice chairpersons of the Senate and House Redistricting Committees are Black.

Valerie F. Leonard, a West Side resident, is founder of Nonprofit Utopia.