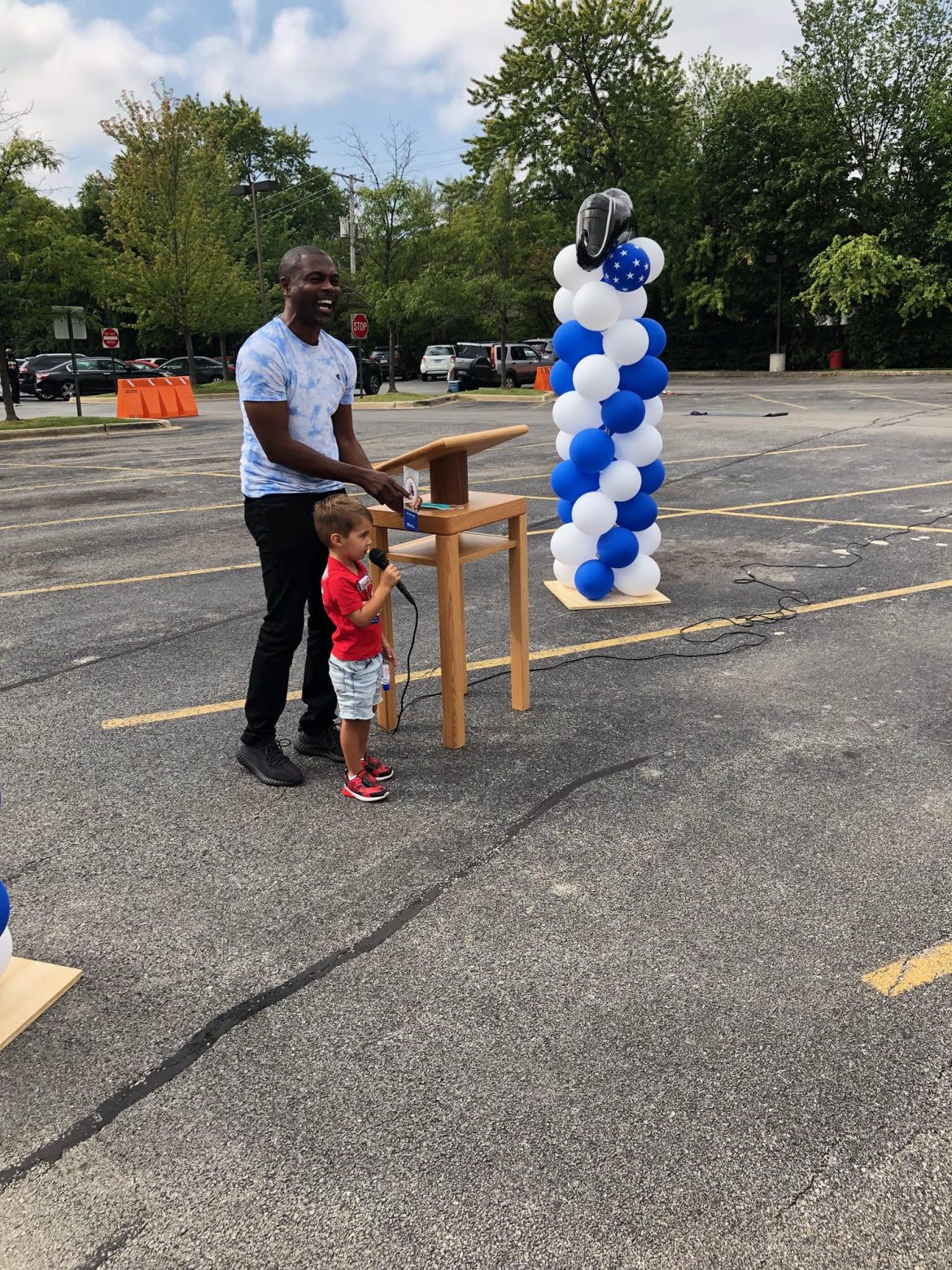 “You could have had prostate cancer for almost 10 years.”

That’s what doctors told state Rep. La Shawn K. Ford last fall when they diagnosed him with prostate cancer at the age of 48 — two years younger than the typical age it’s recommended men start getting tested.

“Diagnosed in October, never talked to anyone about it, had the surgery in January, and here I am,” Ford said, noting he ran a 5K race in February.

Ford stressed the importance of being proactive and told of how he requested a test from his primary physician.

“I had just happened to ask my doctor to have the prostate screening,” he said. “The word is that you really don’t need prostate cancer screenings til you’re 50 or 55, according to the science. But the science really correlates with white men more than black men.”

For some men at the event, it was their first time having a PSA test done. They spoke of knowing older men who had gotten prostate cancer yet were surprised to hear about diagnoses being given to men in their 40s.

“I have friends and some relatives who have prostate cancer, so I was aware of it,” Elmwood Park resident Derrick Holiday said. “Usually, when you hear people, they say it’s when you’re 50 and above, but I had no idea that it could be as early as 40.”

Though Ford’s PSA level came back high – measuring at 13 instead of 2 (the upper limit for his age group) – his results didn’t come back conclusive. Additional testing, including a physical exam, MRI and ultimately a biopsy, confirmed he had prostate cancer.

“The majority of surgeries done now are with a robot, about 85%,” Sadah said. “The patient can go back to work in as little as 2 weeks or so. I’ve had patients go within 7-10 days.”

State Rep. Camille Lilly spoke of the importance of creating a community of support for those who receive cancer diagnoses. “Today is about family,” she said. “Yes, an individual with a high PSA may be diagnosed with cancer, but it becomes a family issue.”

Lilly is currently caring for her own father, who is dealing with Stage 4 cancer. Having support systems make all the difference. “I made a decision that I was going to be on my father’s team to make sure that he felt supported in his journey to recovery.”

West Suburban Medical Center plans to have future events to provide West Side residents with health resources and screenings.

“I’m very happy that you [West Suburban] continue to serve the Austin community,” Ford said. “The Austin community needs this hospital to be a partner with the West Side of Chicago, so that we can eliminate some of the health disparities that are out there.”

Austin residents needing prostate cancer screening can get a free test at The Loretto Hospital through the end of September. Call 833-TLH-LOVE to schedule an appointment.