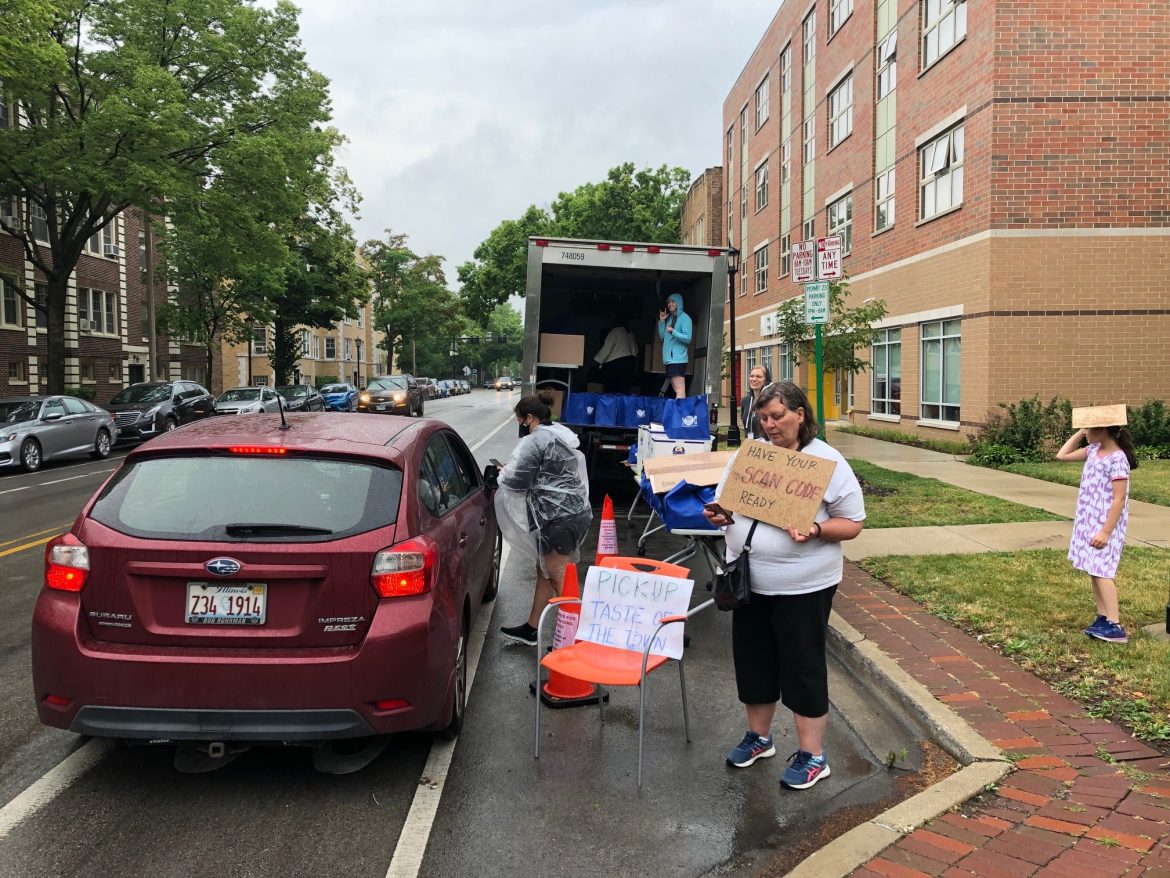 Over $22,000 was raised for Austin eateries and the nonprofit New Moms at the recent Taste the Town 3 event.

The Takeout 25 initiative saw more than 200 tickets sold, with each participating restaurant receiving $3,100, and $6,500 going to New Moms.

“We take our position in the community seriously. We want to be a change agent in the neighborhood,” Wideman said.

Wideman said the eatery, located at 5931 W. North Ave., experienced its highest volumes of order during the pandemic. The barbecue restaurant has always been takeout only, so they didn’t suffer as much as the  traditional, sit-down restaurants in the area.

Owner Linda Leslie said she would love offer an indoor dining option. She and Wideman both aspire to provide West Siders with another spot to spend their leisure time.

And Wideman wants to establish a sit-down restaurant to give young people in the area another career opportunity.

“We want to be of service to the community,” said Leslie, who prioritizes hiring people who have struggled to find employment such as previously incarcerated individuals.

Jenna Hammond, director of development and communications at New Moms, said she was pleasantly surprised by the turnout on such a rainy day.

“There’s something really powerful about coming together to make sure we’re all getting the support to be a striving community,” said Hammond.

The funds received from Taste the Town will go to programming for the families and kids supported by the Austin-based New Moms, which provides young mothers with housing, job support, parent education and other family services.

COVID-19 also changed the way New Moms operates. Because they couldn’t meet in person due to quarantine restrictions, they had to get tech savvy and offer most of their programs virtually.

“We got creative and stayed determined to support our families,” Hammond said.

Parakkat also gave special thanks to Oak Park resident Carrie Marling Bankes, who died after suffering a massive stroke not long before Taste the Town 3.