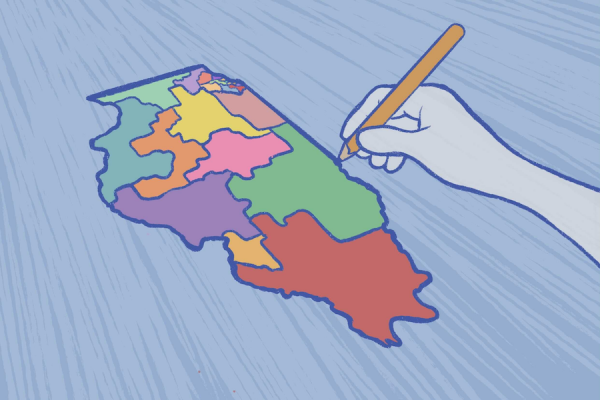 When the Illinois General Assembly started its once-a-decade redistricting process, I sounded the alarm, saying that Black people had more to lose than any other group, given population loss in some of our districts. It turns out that I was right.

During a recent House Redistricting Committee hearing, we learned from Chairwoman Elizabeth Hernandez, D-Cicero, that the Legislature restored at least four  historically Black districts that lost population to their historical majority Black status.

We have been asking the Redistricting Committee to restore these districts to their historic majority Black status since we started participating in the redistricting hearings in March.

We shared data that showed demographic shifts in the districts over the last 10 years. We also shared maps and data indicating that, in spite of population shifts, these districts could be restored to their historically majority Black status using a deviation of 4% – that is, creating a district that is 4% smaller than the remaining districts. This smaller district would have the same power and privileges as every other district in the state. This practice is permissible under the federal Voting Rights Act of 1964, to ensure that minorities can elect a candidate of choice.

The State Legislature hired a consultant to testify at the May 25th hearing. He seemed to suggest that we don’t need majority Black districts for Blacks to elect candidates of choice. He used President Barack Obama as an example.

This action is justified by some by the fact that “Blacks have lost population.” The truth of the matter is the group that lost the greatest population in the state is white people, with a loss of over 500,000 people.