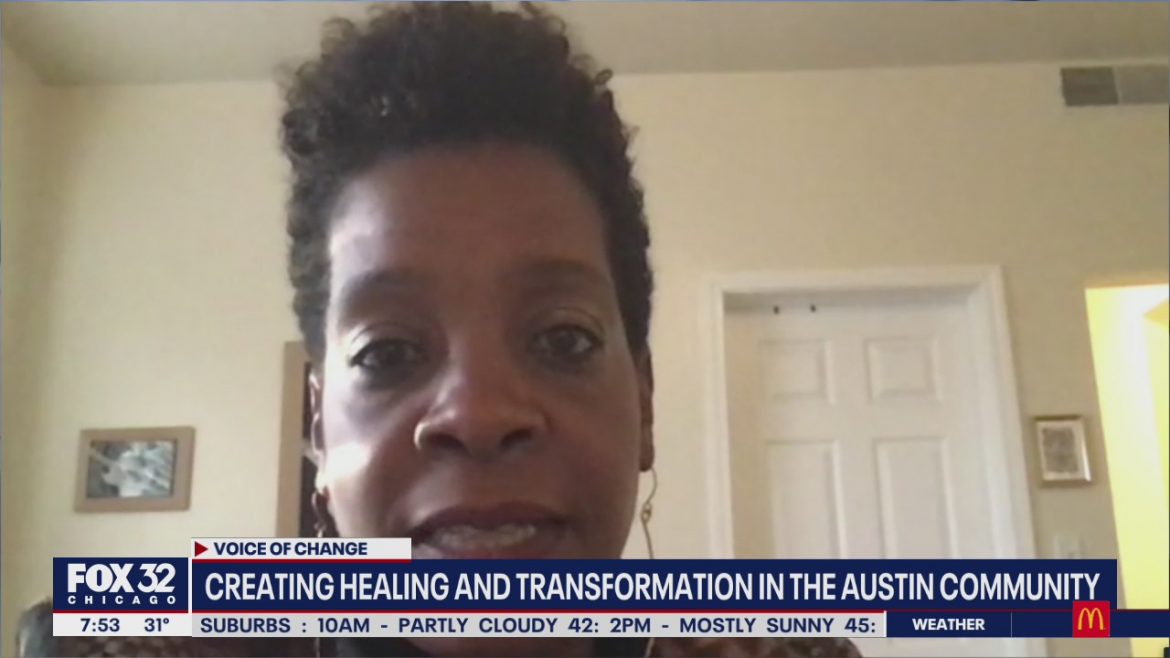 Vanessa Stokes was one of the organizers of Thursday's event, held virtually and at the Kehrein Center for the Arts.

Musicians, poets, storytellers, politicians and others came together Thursday to discuss what social equity for Austin should look like.

Austin resident and educator Resheeda Graham Washington moderated the four-hour event, which was streamed live on Facebook and YouTube.

Presented by the Austin Renaissance Council, the first racial reconciliation symposium was held at the Kehrein Center for the Arts. It prompted uncomfortable conversations, emphasizing the importance of Austin residents sharing stories and taking control of their narratives.

One of the presenters, storyteller Kucha Brownlee, shared the story of her family. They moved from Mississippi to Tennessee, then her dad went to Chicago, later sending for the rest of his family to join him. Brownlee was born on the West Side, making her a first-generation Chicagoan.

Brownlee reminded viewers of the diversity within the Black community, citing her family as a color spectrum of shades. She’s a light-skinned woman with loose curls adorning her head and light-colored eyes.

She recalled being part of a protest when a classmate looked at her and questioned her involvement. “Why are you marching? This is not your fight,” the classmate said. “What do you mean?” Brownlee replied. “You could pass,” said the classmate, referring to how her light complexion could allow her to pass for white.

Brownlee, however, said she needed to march because she wouldn’t disown her family. She claimed them just as they claimed her.

A youth empowerment panel, moderated by Miki Grace, also underscored how important it is to maintain a sense of community.

Dearra Williams recalled growing up in Austin and how all of her resources from food access to education were outside of the neighborhood.

“Why is it like that?” said Williams, a marketing and development associate with Austin Coming Together. “I should be able to stay in my hood to get the food that I deserve and the school that I deserve.”

Others on the youth panel agreed that building community will result in positive change.

Jeremy Mercado of BUILD said: “I think one of the most powerful things we can offer individuals is our presence… We need to give ourselves more opportunities to be with each other.”

Themes of unity and solidarity continued throughout the event. The director of New Life K.N.E.W. Solutions, Khiry Johnson, gave a lesson on privilege, and how people can use their privilege to other peoples’ benefit.

He recounted going to a restaurant with a diverse group of people where they saw a used noose on the wall displayed next to a rifle. Everyone in the group began taking on different jobs – some asked for the manager, others checked on how the Black people in the group were feeling, and some got the car, urging everyone to leave.

Johnson used this story to illustrate how racial reconciliation is a team effort in which everyone plays a part.

He concluded by telling the audience to “take ownership over how you love yourself.”

With unfavorable stereotypes of Black people still part of the mainstream, the symposium sought to answer how those negative perceptions can be undone.

Ford, who used to be a CPS history teacher, advocates for swapping history lessons in public schools for civics classes until the curriculum is changed.

“The history lessons we teach our children are biased, they’re racist, and they make one person superior over another … we should put a moratorium on the current teaching of history in our schools.”

Organizers say more conversations and events like this will be ongoing throughout the year to highlight more narratives from the community.

You can watch the symposium here.