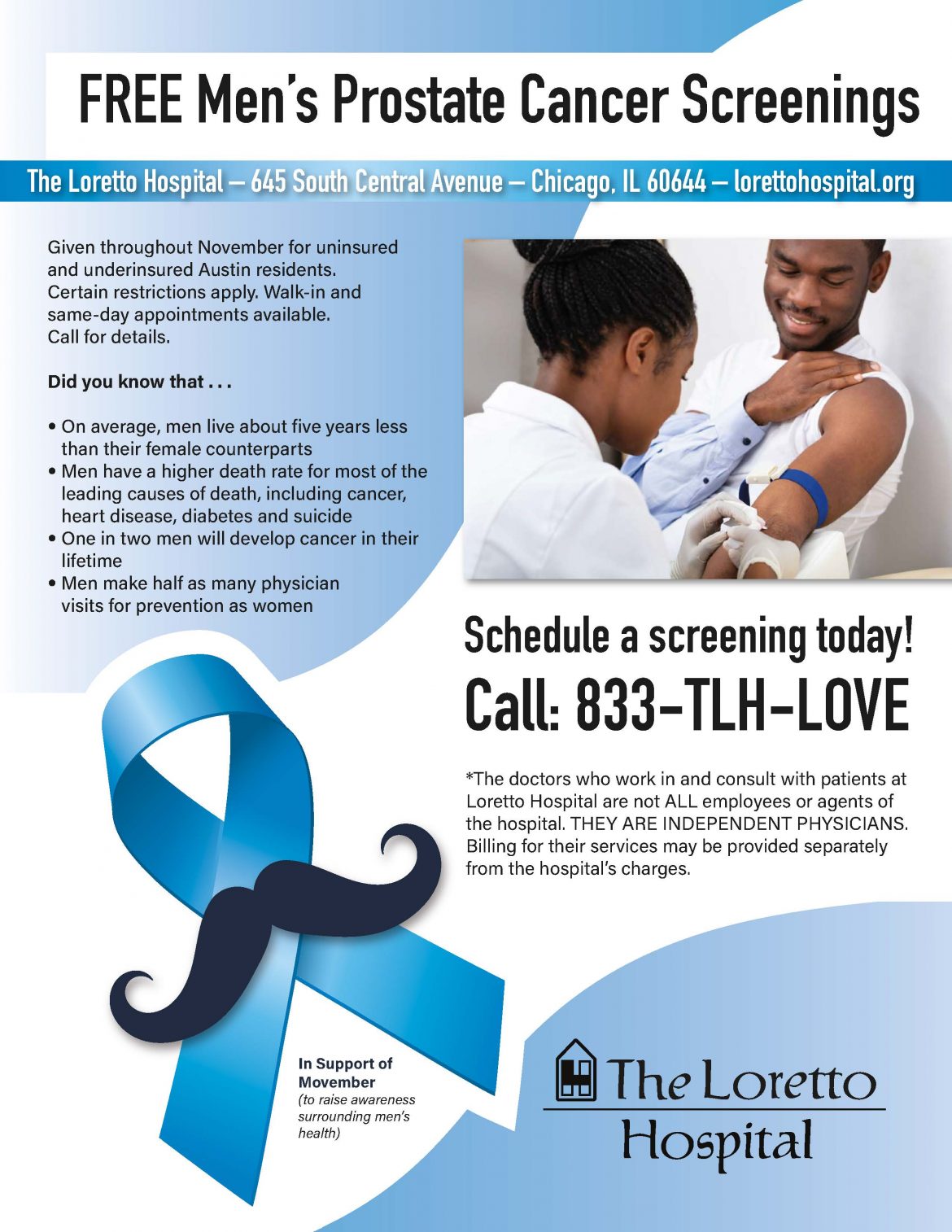 As part of “Movember,” the global movement to raise awareness for men’s health issues, The Loretto Hospital is offering free prostate cancer screenings for uninsured or underinsured men living in Austin and surrounding communities throughout the month.

While prostate cancer is the leading cause of cancer deaths among all male populations in the U.S., incidence of the disease is higher among Black men than any other race or ethnic group. Black men are also more than twice as likely to die from prostate cancer than their non-Black counterparts, according to the Centers for Disease Control and Prevention.

“Typically, men are less likely to schedule routine physicals and screenings than women,” Dr. Ilysa Diamond said in a statement. “The Loretto Hospital remains committed to ensuring men understand their risk factors and are equipped with the necessary tools, like routine screenings, to protect their health, regardless of race or insurance status.”

The hospital is offering walk-ins and same-day prostate cancer screening for those who qualify. For more information or to schedule a screening, call (833) TLH-LOVE.