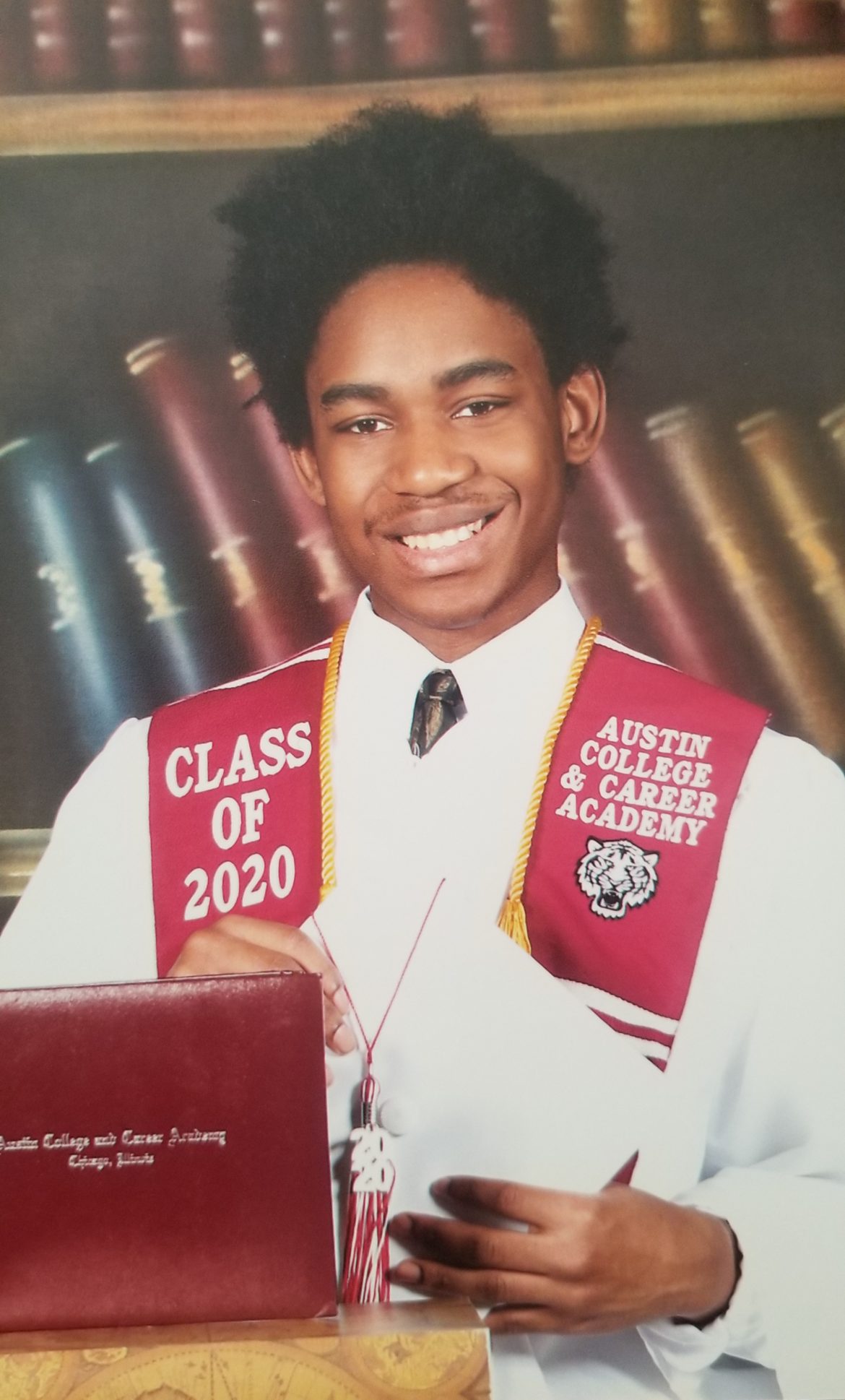 One of 40 students who graduated last month, Nnabuihe will be headed this fall to the University of Illinois at Urbana-Champaign, where his two older brothers also have attended college.

“I have to say, I exhausted all of my excitement the day I became a senior because I knew I was getting close,” Nnabuihe said. “It’s honestly been just a roller coaster of emotions, especially this year.”

Nnabuihe, 18, was accepted into the university’s psychology program but plans to major in mathematics.

“I just want to get into the nitty-gritty of mathematics because I remember on several occasions where my teacher told me that this is the kind of math that fills up the entire board, and I didn’t feel like that was all of it,” Nnabuihe said. “I want to explore it and find out what that ‘more’ is really about.”

Nnabuihe’s AP Calculus teacher Steve McIlrath has taught in Austin the last 26 years and had both of Nnabuihe’s brothers, Christian and Shallom, in class.

McIlrath first met the Nnabuihe family back in 2012 at Rock of Our Salvation Church, 5628 W. Washington Blvd., where he taught a Sunday school class. The family had just moved to Austin.

“All three of them are brilliant in their own way,” McIlrath said. “It’s not uncommon for James to sometimes be over here playing video games and hanging out with my sons, but in the classroom, James is an outlier on the curve.”

He said where Nnabuihe excels the most is his curiosity and never-ending ability to problem solve. Whether he’s learning the violin or teaching himself physics, McIlrath said there hasn’t been a time when Nnabuihe “wasn’t investigating some new area.”

CPS spokesman James Malnati said Nnabuihe has been “a star student in the school’s pre-engineering and manufacturing CTE pathway.”

The final months of Nnabuihe’s senior year have been unusual, to say the least: Graduation had to be held virtually because of the statewide shelter-in-place order, and there have been weeks of peaceful protests and some civil unrest after the killing of George Floyd.

Nnabuihe said he worries the coronavirus pandemic will mean his first year of college will have to happen entirely online.

“I’ve been especially excited for college, and COVID-19 alone stands completely in the way of that,” he said.

“Frankly, it makes me a little uncomfortable because I’ve actually grown up in Chicago, and now I’m about to leave Chicago at a time where people are probably the most outraged,” Nnabuihe said.

“I could be out there and I could be protesting, but I really am one of the advocates of staying home and trying not to spread COVID-19 to anyone I might come across or my family.”

Nnabuihe said no matter what the coming months hold, he’s looking forward to studying mathematics. Money is not his objective; he just wants to find a livelihood that suits him best.

As for his classmates and other 2020 graduates, Nnabuihe said, “They should look back at their time in high school whenever they’re feeling like there’s something that they can’t do and recognize that they’re not a stranger to adversity.”

“If you are ever feeling like you’re not good enough to overcome a challenge, you should look back at the achievements that you have already made and recognize that you are no pushover when it comes to adversity. We all know that high school is a cesspool of social awkwardness, high expectations, and improvement by failure — just how hard it is to live in that cesspool. If you have endured four years of that, then you have the resilience to do far more than you can imagine. Even those who have not graduated should feel some semblance of confidence that they have made it through one year of these troubles.”