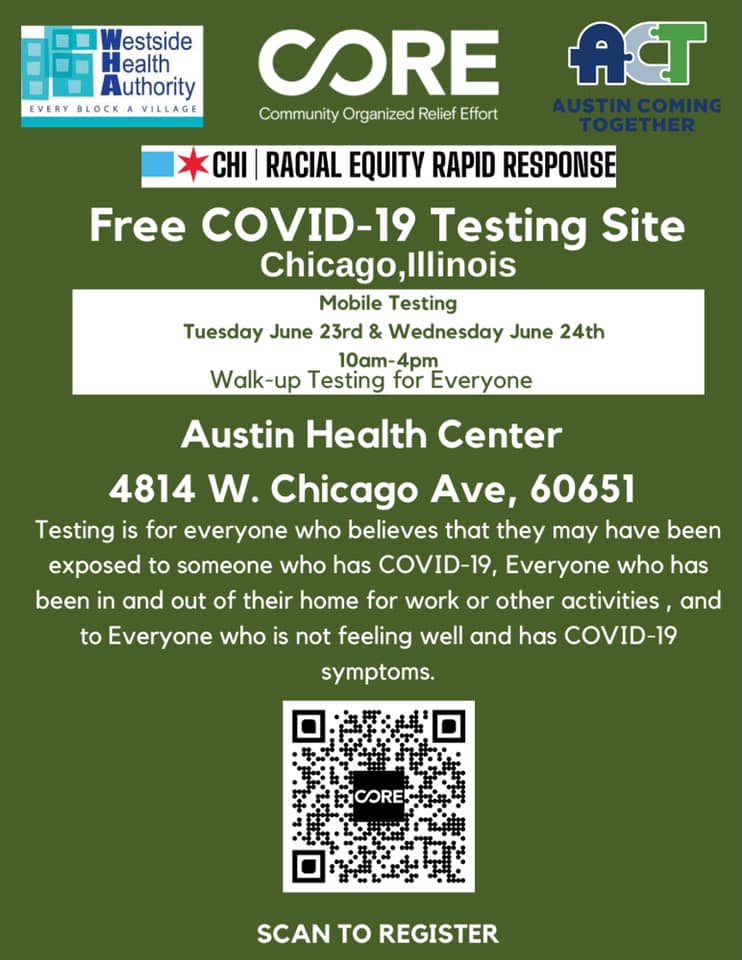 This week, the city of Chicago is launching a pilot program to expand
COVID-19 testing throughout Chicago.

The first responder testing sites will begin operating on the City’s North and
Southwest sites this week and will travel to areas where they are most
needed.

The testing expansion comes as the city looks to move into Phase Four
of its “protecting Chicago” plan and must continue meeting its goal of conducting 4,500 tests per day.

All Chicagoans are encouraged to self-monitor and get tested if they meet
the eligibility criteria, which was expanded last week to allow for
testing of anyone who has had a recent high-risk exposure, including
participation in protests that have happened throughout the city, and
as residents continue expanding their social circles amid the citywide
reopening.

Workers at the testing sites can accommodate several languages. No questions will be asked about citizenship status, and no documentation related to citizenship will be requested.

The data collected for testing appointments whether online or onsite and returned from the tests will only be shared with Chicago Department of Public Health.

To learn more about the city’s testing sites or to register to get
tested, visit chi.gov/covidtesting.