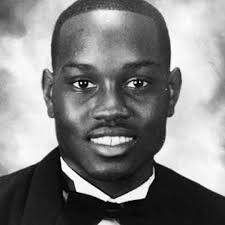 In the words of comedian Trevor Noah, “Racism is still an essential business.”

These last few days have been more emotionally exhausting for me than the rest of this quarantine period.

I learned that a friend of my friend’s daughter, a young black male, died by suicide.

I saw videos of two, unarmed black men being murdered.

I argued about the validity of the black church in communities that still suffer from the same adverse conditions since 1968.

I questioned this allegiance to Christianity after over 400 years and still holding on to a white savior.

Being black in America is tiring.

They love our culture, but not us.

I am tired of going to a boardroom meeting and defending the lack of resources for black people.

I am tired of constantly having this debate about white people thinking “I made it.”

I keep writing about the same issues because we act like America woke up to the disparities that still plague black and brown lives.

Your run for Ahmaud didn’t work.

We are still dying at the hands of racist white people that won’t mind their f*cking business.

I’m starting to sound like a voicemail recording. I’ve advocated for justice and the responsibility of elected officials to remain accountable for our communities.

Writing this column is my main coping skill.

Black and brown communities have experienced a spike in suicides.

The media neglects the controversy until a video is released.

Explain to me how black people can get a fair shake?

Even my TikTok feed was littered with the reminder that black lives don’t matter.

I am f*cking tired.

Not only do I have to deal with the consequences of my decisions but of those that certain members of society put on me.

There is no break for the black person. This constant re-traumatization gets too much.

That young man who died by suicide felt the pressure that most people will not talk about.

I have been that youth and man that considered suicide as an option. I have felt the disconnect coupled with the mounting pressure of a white society that was not created for me to exist harmoniously.

My heart goes out to the youth who do not have the support of teachers, counselors, nurses and principals that have maintained them through the rough time of adolescence. My time at the state’s CARES/SASS hotline taught me how important they are.

We juxtapose this idea of youth and leaders, but we are not giving our future the support they need to be productive.

I have a brother who is experiencing isolation away at college and facing an unprecedented time. I call him, financially support him as best I can, but most importantly, I make sure he is not alone.

These times are highlighting the best and worst of America.

We must know what side we are on.

It was never black people telling white people how to treat us. It was always black allies that loved us first and culture second.

My heart and condolences goes out to his family and friends affected.

Check on your children.