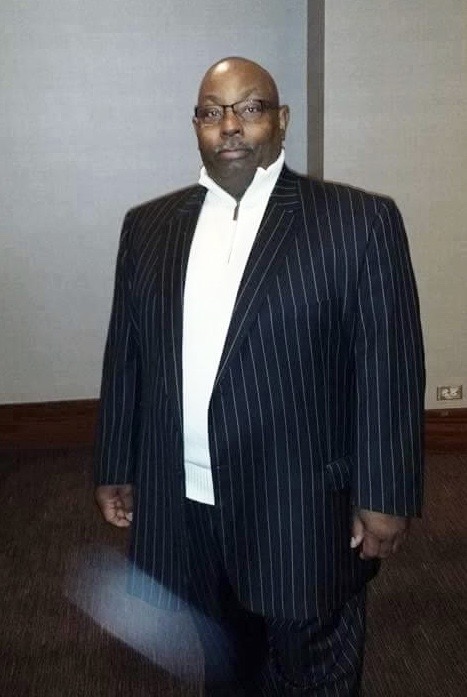 Longtime Austin resident and beloved member of Greater St. John Bible Church Adrew Betts has died from complications of COVID-19. He was 71.

“He was a loving, caring father and just this great person who served his family, his community and his church,” said his daughter, Renee Ruffin. “He cared about a lot of people.”

He was first admitted to Loyola University Medical Center on Thursday, March 26 after being diagnosed with the coronavirus and pneumonia. Betts was discharged four days later, on Monday, March 30, but was readmitted on April 2 as his symptoms worsened.

Ruffin said her family was given the option of having two people visit Betts before he died, but after they prayed and talked it through, they decided not to take the risk of exposing more people to the virus.

Instead, health-care workers put a phone up to Betts’ ear so he could hear family members talk to him one last time.

“It was a hard decision to make, but it was the best option for our protection and our family’s protection,” Ruffin said.

Betts will be remembered for his constant determination, dapper looks and love of barbecue. He even named his Myron Mixon grill “Big Red.”

“He enjoyed barbecue, and that was his passion,” said Valeria Massey, Betts’ caregiver and a certified nursing assistant. “We would have family outings outside, and everybody would come over. He even taught me how to cook quite a few things.”

Massey said she first met Betts over 35 years ago when her sister worked at his West Side restaurant, Betts Barbecue. Massey started working for him seven years ago when both his now deceased mother and late wife needed a caregiver.

Betts was a Vietnam veteran who was drafted into the Army and a former UPS driver, who retired in 2001 after 31 years and no accidents, Massey said.

Betts was known to be a competitive individual and would always tell people that if one person can achieve success, it proves that anybody can make it.

“He just enjoyed life to the fullest,” she said. “He was family for me, not just a client or a patient. So I thank God that I had the opportunity to meet and help someone like Mr. Adrew Betts.”

Rev. Ira Acree said Betts was long involved with Greater St. John, serving on the board of deacons for more than 25 years and encouraged Acree’s activism.

On April 5, the day Betts died, WBEZ reported that 61 of the 86 recorded coronavirus-related deaths in Chicago (or 71 percent of COVID-19 fatalities) were black residents, although African Americans make up just 30 percent of the city’s population.

“First of all, we don’t need any more speeches about inequities and disparities. We know that already. We need this administration to do something,” Acree said. “They need to transform some of these churches. They’ve already closed, so make use of them.”

Betts, who was preceded in death by his wife of 45 years, Dorothy Betts, is survived by three children, Renee, Kenneth and Jeremy; six grandchildren; and many friends.