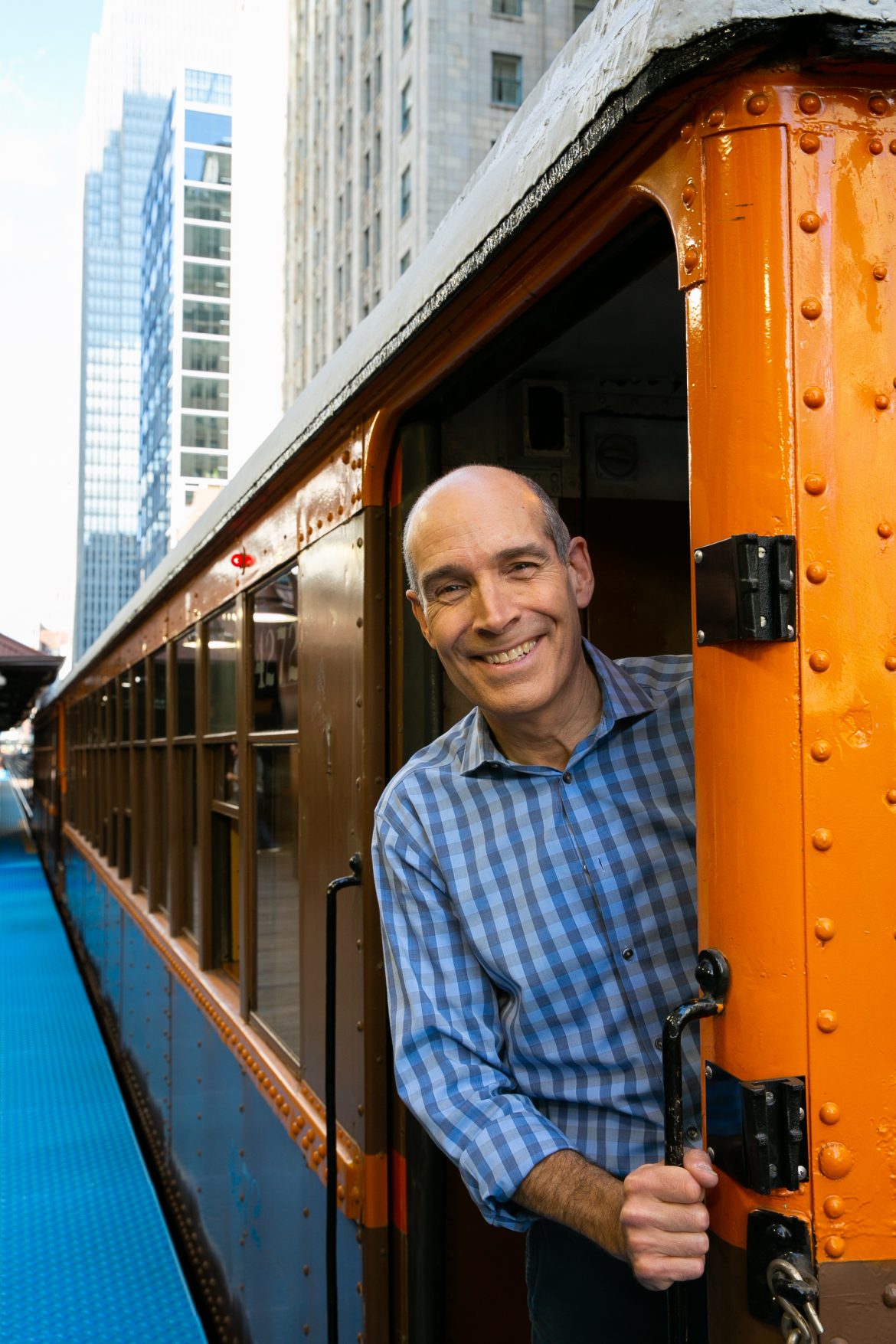 A new documentary that explores the various communities and people found while traveling Chicago on the CTA debuts Wednesday at 7:30 p.m. on WTTW. And Austin is one of the neighborhoods featured.

The 90-minute documentary, Chicago By ‘L’, follows writer and producer Geoffrey Baer on each of the CTA’s seven lines to meet local people and hear the stories of Chicago’s neighborhoods.

“It’s very important to us that we tell the story of all of Chicago, and as a nonprofit public media outlet, we want to be reflecting the entire city of Chicago,” Baer said, noting how the various ‘L’ lines act as a frame of reference for each stop throughout documentary.

“The great thing about the ‘L’ is that it was created a hundred years ago, and places that grew along the ‘L’ have changed dramatically since it was built,” said Baer, who worked on a similar project in 2001 with the same title.

“It really gave us a chance to get into neighborhoods where we haven’t really told those stories as much.”

In an interview with AustinTalks last week, Baer admired the architecture of Austin Town Hall and later recalled his own childhood memories of visiting his grandparents who lived in Austin in the 1960s.

“It’s not something I layered on as an intention, but it’s sort of a theme that organically emerged that there’s so much heart in this show, and that certainly came through in Austin,” Baer said.

The segment includes an interview with Westside Health Authority CEO Morris Reed and focuses on the nonprofit’s 100 Men 100 Homes program.

The 100 Men 100 Homes program began seven years ago as a way to respond to Chicago’s Red X program, which tags vacant properties that are deemed dangerous and need to be torn down; program participants rehabilitate the properties.

“Those red X’s really were a symbol of despair, and it provided a lot of bad energy, only motivating additional crime and violence to happen in our communities,” Reed said.

“Our goal is to employ at least one person from the neighborhood for every house that we do, and they … serve as an apprentice to the contractors,” Reed said, adding that apprentices learn valuable skills like plumbing, framing, electrical and controlled demolitions.

“It also provides them with a sense of accomplishment when they see a house they know has been vacated for a year or better be rebuilt and provided as a home for a family, “ Reed said.

Participants have worked on four commercial properties and 32 residential units, with 20 of those properties worked on around Central and Chicago avenues; 13 properties have sold in Austin.

The nonprofit makes it a priority to market the rehabbed property to local residents, Reed said; they work with the Oak Park Regional Housing Center and Kingdom Community Inc. to offer mortgage counseling and homeownership advice to Austin residents.

During the documentary, viewers see some of the program’s work and hear from Reed as well as one of the lead the contractors, Rosie Dawson.

“We appreciated the opportunity to have someone come out and appreciate our community in Austin and the work that we’re trying to do to restore it,” Reed said.