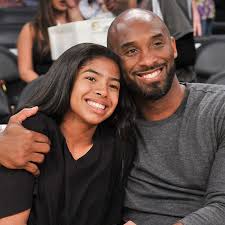 They say that when an elder passes on, a library burns down. Kobe Bryant built a library that impacted generations of athletes, fans, business owners and people passionate about improving their life.

Kobe had one of the greatest sports careers in history. We watched him as a 17-year-old cocky kid become an all-time great competitor and winner. His athletic career was a wonderful memoir that played out in front of the world.

Kobe wrote a love letter to basketball to announce his retirement in 2016. That love letter turned into an animated short. And in less than a year after retiring, Kobe became an Oscar-winning storyteller.

Most people would have made plans to win their next Oscar. But Kobe was never ordinary. He took his life lessons from the court, his greatest teacher, and brought them to business and his griot work.

Kobe turned his nickname into a lifestyle, the Mamba Mentality. He became a philosopher and master teacher through the way he approached the game he loved, and then in business.

Kobe was not turned on by the glamour of coaching at a professional level. No, our brother Kobe found life’s greatest joys in coaching his daughter’s team and mentoring the lovely Gigi, one of his four daughters.

He did not give speeches on women’s rights; Kobe actively shined the light on female athletics, including the WNBA and UConn women’s basketball. He developed and cultivated relationships with ballers that happened to be women. Candace Parker, a basketball legend said about Kobe, “The NBA had him for 20 years. And the WNBA has claimed him for the last four.”

Kobe created stories for sports parents to listen to with their kids on the way to practices and games. He developed the show Detail, to put himself in a player’s shoes on the court and breakdown the game. Kobe wrote a book called The Mamba Mentality: How I Play for athletes and studiers of mental toughness.

Gigi, 13, played at the Mamba Sportsplex – a place, created by Kobe, for athletes to work on their game. This place inspired a goal of mine for so-called impoverished neighborhoods. It’s coming!

Kobe built a library in his 41 years on this earth. He believed deeply in following passions with a curious obsession. So, follow your passion, surrender to your purpose and build your library. Do not let it burn down with you.

We must learn from our heroes and role models, and apply what we have learned, not just worship and honor them. If you are not paying it forward, what the point?

Here are some of my favorite Kobe quotes:

1. “Get after the things that you don’t know you can do.”

2. “Imagination and curiosity with hard work is the key to happiness and success.”

5. “Now, it’s different. Because it’s not about the awards. You just create something that’s gonna inspire someone, and that hopefully through that inspiration, they can inspire someone else. That’s more significant than any championship.”

Daryl Satcher has taught at Columbia College Chicago since 2003 and been a professional actor since 2002. He is a theatre artist/restorative storyteller, having produced, written, directed and acted in three plays. This past year, he became a yoga instructor and got certified in mental health first aid training. He teaches rhythmic meditation on Wednesday nights at the Pineapple Studio in Forest Park.