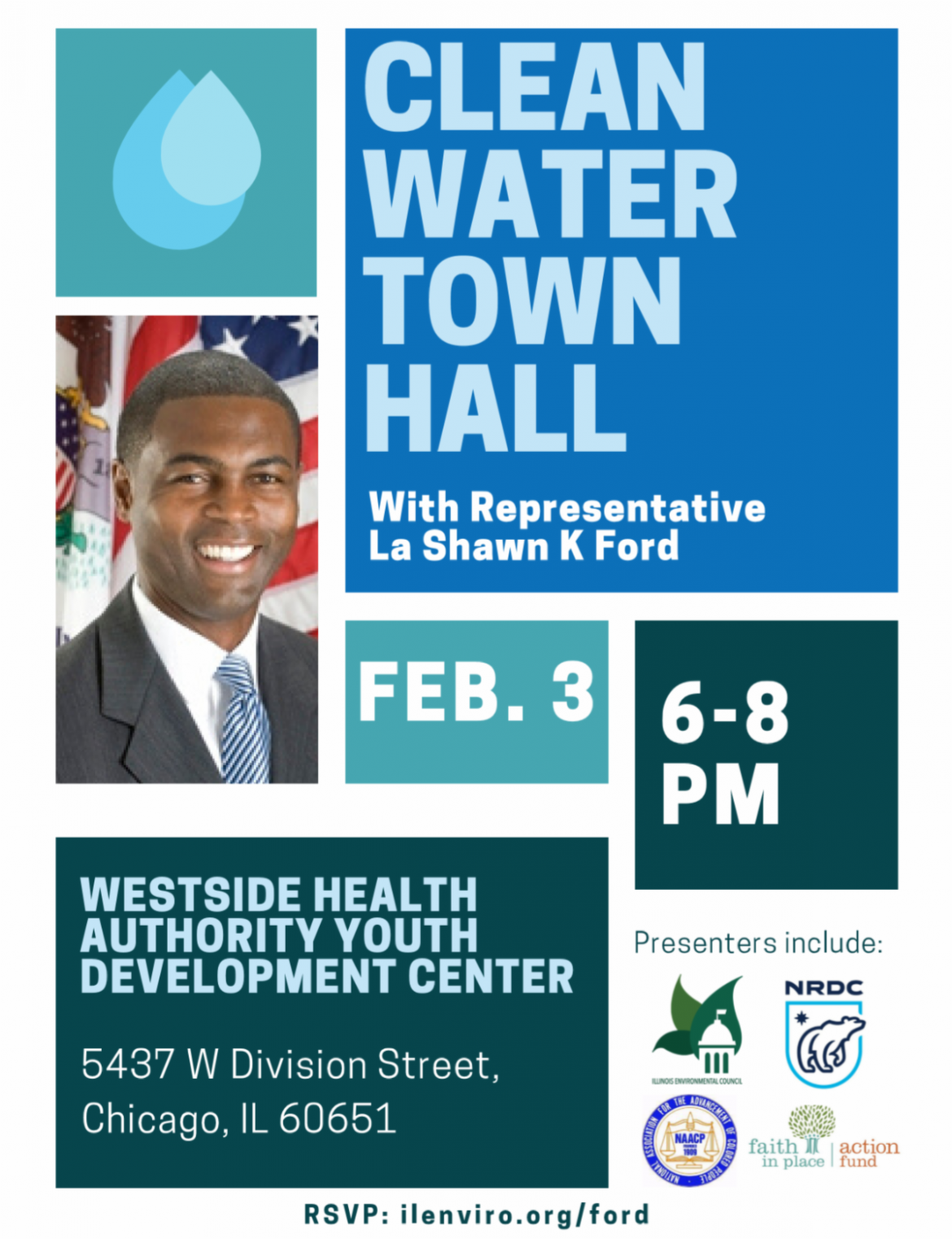 State Rep. La Shawn K. Ford and the Illinois Environmental Council will host a town hall meeting Monday at 6 p.m. on the dangers of lead in Illinois drinking water. The town hall – which will be held at 5437 W. Division Ave. – will feature a panel of experts who will share information and answer questions.

Many areas throughout Chicago’s West Side have a high risk of lead exposure, according to a recent article by Curbed Chicago. The further west you go, the higher the risk. This is a major issue and is dangerous, especially to children, advocates and experts say.

Ford is pushing for the removal of lead pipes in order to eliminate risks; he filed in the Illinois House HB 3035, which would require municipalities including Chicago to come up with a plan to replace lead pipes.

“Evidence shows we have high levels of lead in Chicago’s water supply, and we need to replace lead service lines,” the Austin lawmaker said. “A great deal of water is lost underground. Unsafe water supply is harmful to our families’ health, and insufficient water supply adds an unnecessary financial burden on families across Illinois.”

Between 2016 and 2019, the Chicago Department of Water Management conducted a study that tested before and after lead levels of 2,100 homes that either received meter installation or were located near a water main replacement. The study found 7.1% of homes tested for increased lead levels, above the U.S. EPA’s 15 parts per billion (ppb) action level for lead in drinking water.

Iyana Simba, a clean water advocate from the Illinois Environmental Council, believes the threat of lead contamination in our drinking water is significantly higher in Chicago than almost anywhere else in the United States.

“The upcoming town hall meeting is about taking that first step in combating this public health crisis,” Simba said. “This will be accomplished by arming our communities with the knowledge they need to push for policy changes that will keep their families safe from toxic lead in our drinking water.”