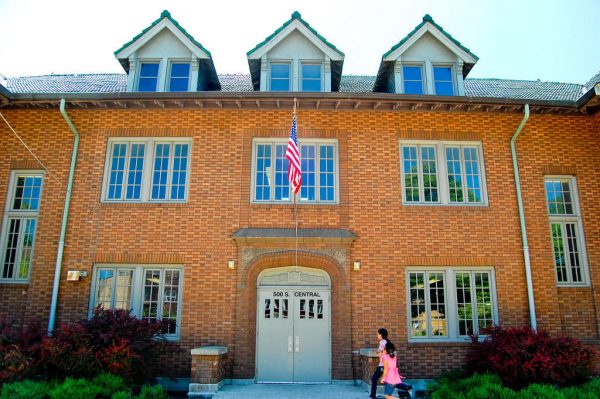 With computer and STEM-based skills become ever more essential, high school student Ronil Awalegaonkar is making time to tutor those who need help.

“My program tries to aim at this reconciliation of lack of literacy and tries to help as many people as possible through teaching them about [these] core fundamental subject areas in the future,” said Ronil, a junior at Latin School of Chicago. “I want to try and make computer science another subject that everyone should know.”

Technology in the Park is an after-school computer-aided design program led by Ronil that provides young people with technology training. It got its start last August during Taste of Austin and has gained support from U.S. Rep. Danny K. Davis and Austin People’s Action Center.

“We distributed flyers, people come in, and they have offered to help the students,” Ronil. said. “I see a lot of collaboration in the community, and I’m very happy about that.”

Operating out of the Columbus Park Refectory, 500 S. Central Ave., Technology in the Park program offers youth ages 11 through 17 the opportunity to learn through a Google curriculum that consists of basic computer science and goes as far as the student wants.

“We realized that every community basically has a park, and the park district has resources,” said Tumia Romero, Congressman Davis’ deputy chief of staff. “That could be an opportune place for young people and adults to really get an opportunity to learn how the next generation of traits and jobs.”

Romero said other Technology in the Park partners include Accenture, Google, Comcast, Facebook, Illinois Institute of Technology, the University of Illinois at Chicago and State Farm Insurance.

“I hope that we can do this across several schools in several areas,” said Tasha Wilkerson, the workforce development director at Austin People’s Action Center. “It can be replicated in other areas, not only here at Columbus Park but some of the other park districts.”

Ronil plans to study either computation or applied linguistics in college.

As for Technology in the Park, the plan is to continue the six-week cohort classes and encourage anyone who is interested to reach out via email  – tashawilkerson5125@gmail.com – to attend the next session.