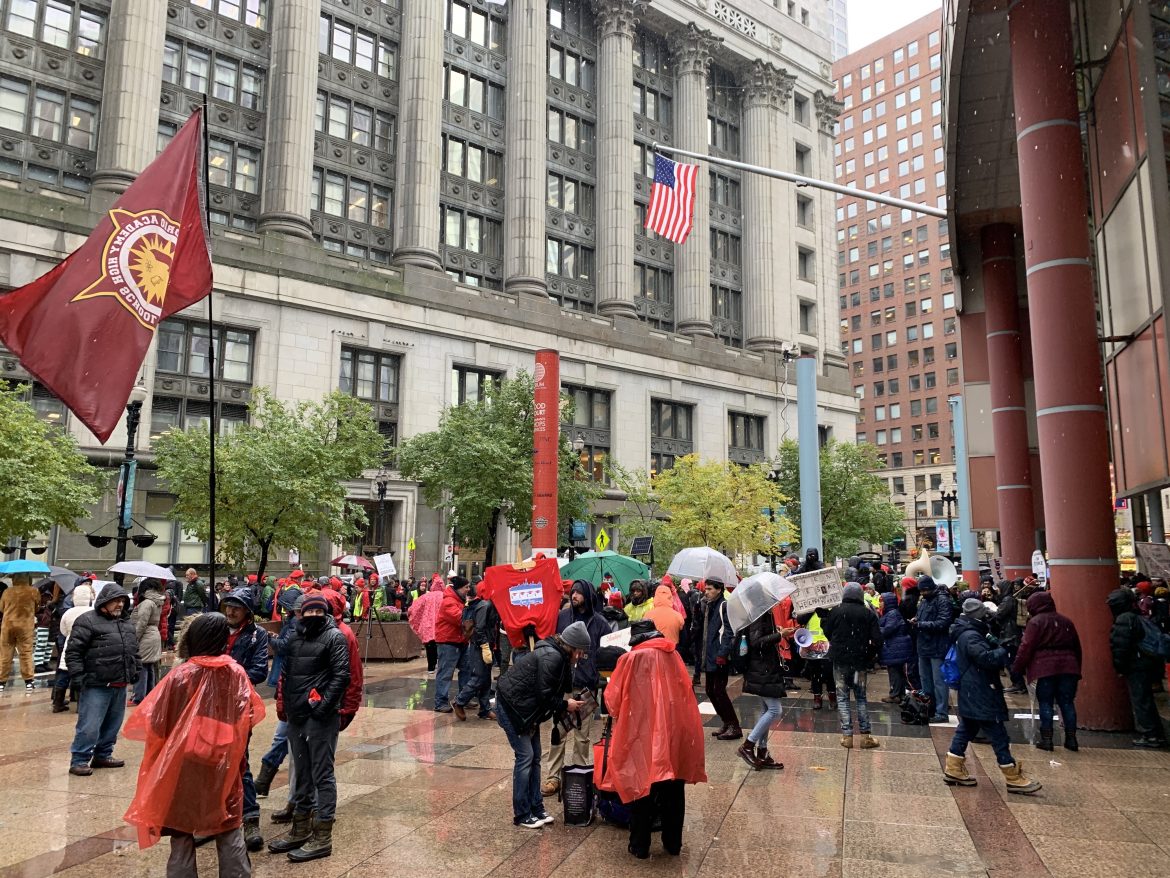 West Side families uttered a sign of relief Thursday with the news that the Chicago Teachers Union had suspended its 11-day strike and that classes for roughly 300,000 students will resume Friday.

“It hasn’t impacted me so much, but it has impacted my children because they’re not in school,” said Austin resident Vanessa Stokes, co-founder of Front Porch Arts Center and manager of her late father’s photo archive.

As a single mother, Stokes would normally drive 30 minutes to and from Linne Elementary School so that her 8th grade son and 7th grade daughter could attend classes, but instead they’ve been at home since teachers walked off the job Oct. 17th.

“It’s a huge inconvenience for everybody, (and it) impacts other things like my business,” Stokes said. “I can’t meet with people that I have on my schedule because I have to be home with them.”

Stokes said she understands why CTU went on strike but also thinks many of the issues could have been avoided if both parties had discussed them earlier.

Earlier this week, CTU reached a tentative agreement that still needs to be voted on by the rank-and-file members. In the meantime, about 25,000 teachers, paraprofessionals, clinicians, nurses and librarians will return to more than 500 schools Nov. 1.

Union delegates voted 364 to 242 in favor of the 41-page agreement that will help reduce overcrowded classes, add additional prep time for elementary teachers and boost the number of social workers, nurses and special education managers by 2023, among other things. The offer includes a 16 percent salary increase over five years.

During the strike, some West Side students spent time at the Austin Town Hall Park, 5610 W. Lake St.,  and By The Hand Club For Kids, 415 N Laramie Ave.; both offered programs and classes.

“We’re here to support our kids and our families, no matter what the situation,” said Sarah James, senior director of programming for grades K-8 at By The Hand.

From 9 a.m. to 5 p.m. each school day, By The Hand opened its doors to elementary and high school students needing a place to go; students also could go to any CPS school, where non-unionized staff were present to look after them.

Some, like Aisha Oliver, executive director for Root2Fruit Youth Foundation, have been helping Austin high school students work on their college applications and complete their FAFSA forms.

“I didn’t want students to just have to go to the local park district and sit in a gym. I wanted them to be able to get stuff done,” said Oliver, who has three children, one of whom is a senior at Al Raby High School. “I believe that we have a lot of amazing teachers in Chicago, but I want to make sure that we include our young people in the process.”

Before the agreement was reached Cook County Commissioner Brandon Johnson said he hoped teachers would get what they were promised by the city.

“All of the demands are reasonable, and they are demands that the mayor of Chicago ran on,” said Johnson, a former CPS teacher. “This contract will be a substantial boost for the neighborhood schools in Austin.”

Johnson, who taught social studies and reading at Jenner Academy Elementary and Westinghouse College Prep High School, said he believes what CTU was seeking was more than needed in Austin and other West Side neighborhoods.

He was among many who rallied last week outside Oscar DePriest Elementary, 139 S. Parkside Ave., alongside Democratic presidential candidate Elizabeth Warren, who told the crowd the country is behind them.

“To have the support of Elizabeth Warren for our children in Chicago was an enormous boost to our movement,” Johnson said. “Her fight is front and center right here in Chicago.”

Friday morning, Johnson issued a statement praising both CTU and SEUI Local 73 for taking the action they did to use their “moral authority and collective power to usher in a new day for Chicago and education justice for our students.”

He also noted that the West Side has the highest concentration of homeless students in the city. “The new labor agreement with CTU will ensure that our homeless students and their parents have access to coordinators and resources so they can locate housing and critical human services.”