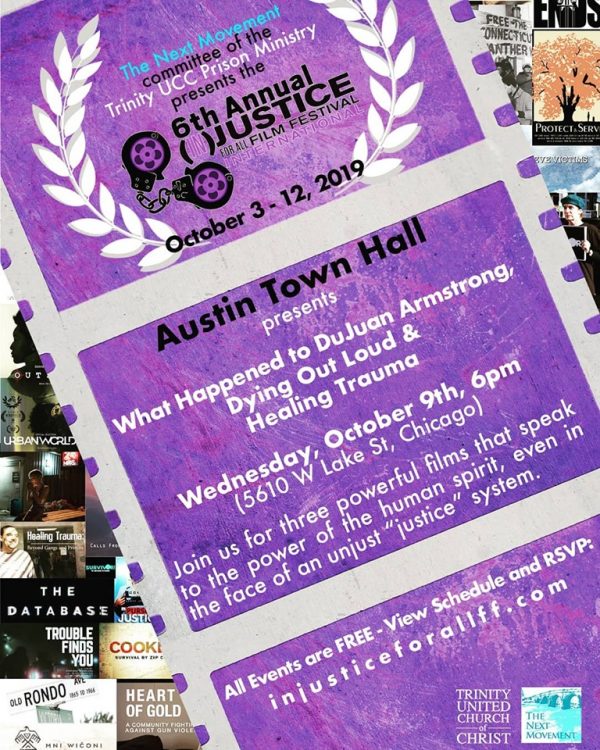 The center, a new group formed by Austin residents Keli Stewart and Vanessa Stokes, is partnering with the sixth annual (In)Justice For All Film Festival and Austin Town Hall Art & Culture Committee.

“When we think about all of the narratives we have, our stories aren’t being told. So we see art as a way for people to go deeper and explore their own narrative,” said Stewart, who is a writer.

There also will be a creative art-based workshop at 3:30 p.m. featuring a licensed counseling psychologist and registered expressive art therapist, Shanel Jackson. The films, which begin showing at 6 p.m. are:  “What Happened to DuJuan Armstrong?” “Dying Out Loud” and “Healing Trauma.”

Light refreshments and popcorn will be available.

Founded in in August by artists Stewart and Stokes, Front Porch Arts Center was created to offer Austin residents programs like workshops, classes, exhibitions, walking tours, public events and dinners throughout the community.

Stokes, who manages the photo archive of her late father, Dorrell Creightney, first met Stewart through a mutual friend about a year ago.

“We discovered that we both really wanted to create an art organization on the West Side because there really is no freestanding art institution on the West Side,” said Stokes, who added they brainstormed the idea while sitting on Stewart’s front porch. That’s how they came up with name.

Front Porch also has an event series called “Motherwit,” a monthly curated kitchen table conversation for West Side women to share ideas and tell stories. Each month features a storyteller who shares their own experiences.

“It is a celebration for West Side women to be in a room to celebrate each other’s story, get advice and share wisdom,” Stewart said.