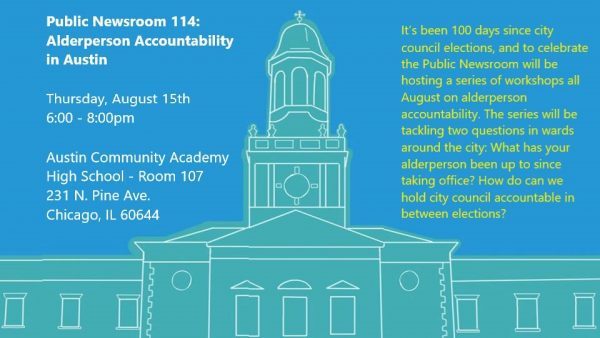 It’s been 100 days since the run-off election for the Chicago City Council were held, and to celebrate the City Bureau’s Public Newsroom will be host a workshop Aug. 15 in Austin.

The Austin workshop – one in a series being held across the city – will be tackling two questions: What has your alderperson been up to since taking office? How do can we hold city council accountable in between elections?