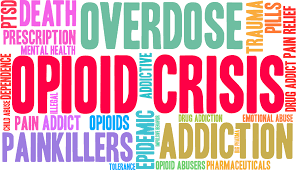 State Rep. La Shawn K. Ford was expected to announce Aug. 31th at a press conference the awarding of a $350,000 state grant that he secured. The award will go to the West Side Heroin Task Force, and the lead agency for this award will be Prevention Partnership Inc., a 35- year-old agency located in the Austin neighborhood.

Local organizations on Chicago’s West Side and around the world come together on Aug. 31st – International Overdose Awareness Day – to remember those who have died or suffered permanent injury due to drug overdose. The aim is to focus on activities  that will create better understanding of overdose, reduce the stigma of drug-related deaths and create change that reduces the harms associated with drug use.

On Chicago’s West Side, groups collaborating under the banner of the West Side Heroin and Opioid Task Force are marking the day by holding trainings in overdose reversal, as well as awareness presentations that promote treatment and recovery.

“In recent years, communities on Chicago’s West Side have experienced the most opioid overdoses and deaths due to overdose in the city and indeed, the state,” Dora Dantzler-Wright, executive director of the Chicago Recovering Communities Coalition, said in a statement.

“Our focus is on training as many residents as possible on how to administer naloxone [also known as Narcan], the overdose reversal drug. We desperately need more naloxone to meet the demand posed by this crisis, especially in the nasal spray format. Overdose can affect anybody, and one of the messages of this day is that the people who overdose are our sons, daughters, mothers, fathers, brothers and sisters – they are loved and they are missed.”

At Saturday’s press conference, Rep. Ford also announced he’s introducing legislation that would extend good samaritan protections to someone who’s on parole or mandatory supervised release. Under House Bill 3879, a good samaritan would be exempt from arrest and criminal prosecution if acting in good faith, they seek or obtain emergency medical assistance for someone experiencing an overdose.

According to the Drug Policy Alliance, overdose witnesses are more likely to seek medical help if they’re exempted from arrest and criminal prosecution through the adoption of 911 Good Samaritan immunity laws.

“Our main goal is to save lives,” Ford said. “People who witness someone else having an overdose should feel that they can call 911 and help that person without fear. This legislation aims to address this issue.”

Ford also noted that the new grant will help save lives by bringing together community-based organizations, government agencies, people with lived experience of addiction and overdoses, and their families and loved ones in a sustained, collaborative effort. Training and the availability of naloxone nasal spray will be a crucial component of this effort.

“No family should ever have to go through the pain of losing a loved one because of overdose. We encourage members of the community with lived experience to come to our event to stand in solidarity in our work to prevent and treat overdoses.”

Rep. Ford has spoken about the effect opioid use has had on his own family.