In Marchanelle Flower’s 3rd grade class at Spencer Elementary Technology Academy the motto is: “Everyone, everyday, all day, no excuses.”

Flowers, 30, just finished her seventh year teaching at Spencer, where she landed after graduating from Illinois State University. It was a homecoming of sorts, as she grew up in Austin and attended Spencer as a child.

Flowers said she knew from a very young age she wanted to be a teacher at Spencer and give students the escape that her teachers gave her.

“I am the type of person who goes where I am needed, not where everything is handed to me,” Flowers said.

Samiena Singleton is another Austin resident making an impact as an educator in the community. Singleton, 39, has been teaching 5th grade math and science at Howe Elementary School for seven years.

For Singleton, it was not always her dream to become a teacher. She had worked in the corporate world for 10 years when one day she saw a little boy sitting outside of a gas station downtown during a school day asking for money for food.

From that moment on she knew she wanted to help children and make a difference in their lives. She went back to school to get her degree in education and has been teaching ever since. 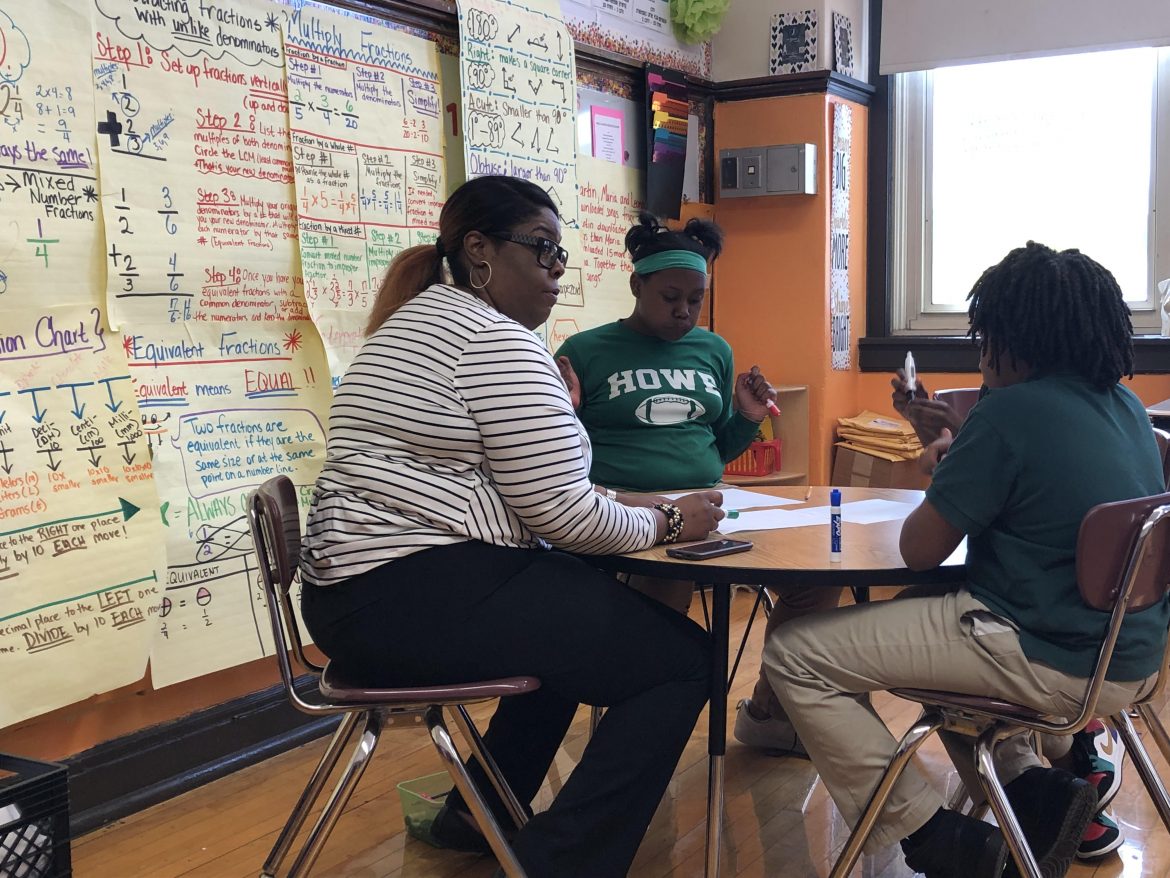 “Most of [our] kids come from not-so-good environments, so it has always been important for me to teach [here] because I felt like they needed me more, and they could relate to me because I grew up in the neighborhood,” Singleton said.

Flowers said she developed a love for reading and learning at a very young age and her teachers helped her fulfill her desire for knowledge and let her forget about the struggles she confronted outside of school.

“I faced a lot of the same struggles my students face today,” Flowers said. “It is always good to see people pour into you, and I wanted to give that back.”

Flowers said being an educator in Austin was so natural for her because it is her own community and her home, and added that many of her students’ parents are people she attended school alongside.

Yolanda Webster, parent of a former student of Flowers’, said she had a major influence on her daughter when she was in her 6th grade class.

“She takes pride in what she does and motivates her students, always telling them that they can,” Webster said.

Both Flowers and Singleton said their love for Austin and the kids is what makes the hard work worth it, and there is no other place they’d rather be. They said their favorite part about teaching is seeing their students grow.

“You see that joy and that restoration in [them], and they apply that to every area that is difficult,” Flowers said. “Knowing that with the right type of guidance, I am being that person for someone that someone was for me. Everything I give to my students everyday is a gift.”

Earlier this spring during teacher appreciation week both Flowers and Singleton were honored for the work they do in and outside their classrooms.

Karin McFall, an assistant principal at Spencer, said it’s important to recognize the work educators in Austin are doing because many times parents don’t value the education they’re children are receiving.

“Teachers work hard all year, they never stop. So the acknowledgement should not just be one week, it should be just because,” McFall said.

Howe Principal Turan Crockett said one reason Singleton stands out from other teachers is because she embodies everything about the Austin neighborhood and community.

“She knows what others [here] may not know,” Crockett said.

Flowers and Singleton both said it’s important for them to be balanced teachers, showing students love and understanding while also challenging them to do better.

“Our kids really need to have that consistency; they need to know that their teacher isn’t going to quit on them and that they will return the next year, the next day or the next week,” Crockett said.