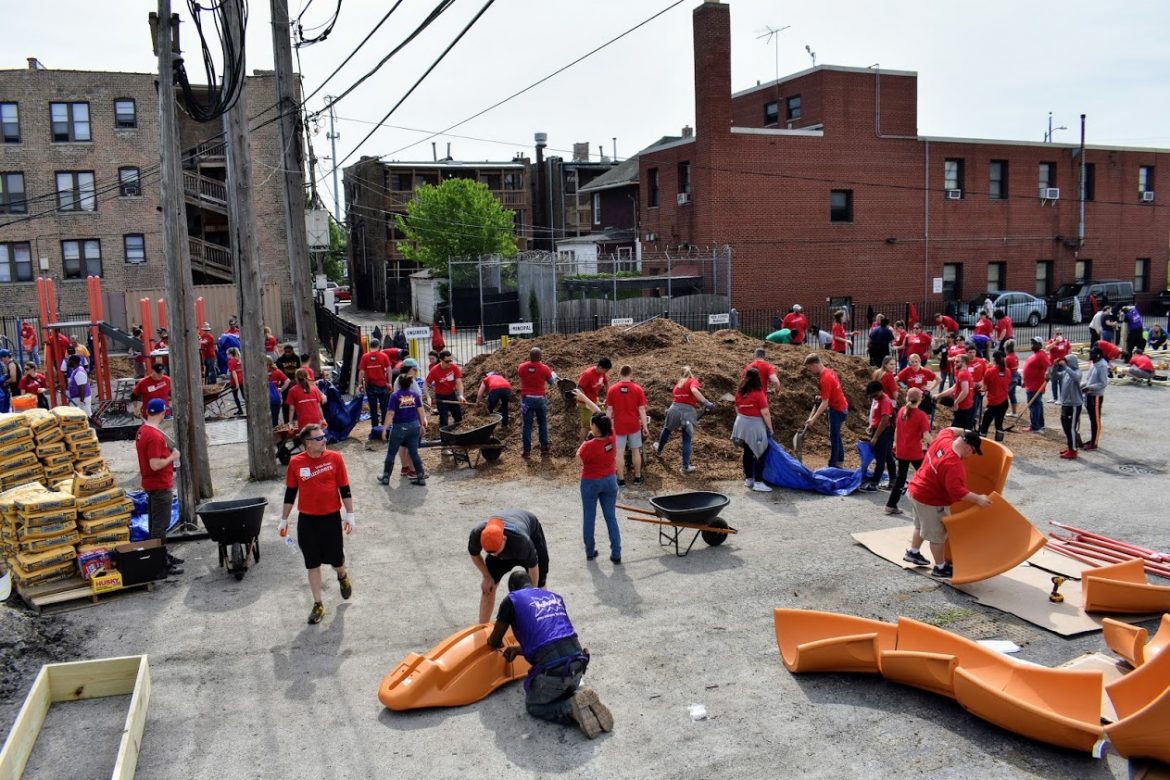 Two hundred volunteers from Wells Fargo and Kidz Express joined KaBOOM! to transform an empty site into a state-of-the-art playground in just six hours, serving thousands of families in the South Austin community.

“Up until now, play for these kids was limited to an indoor multipurpose room and a decrepit, old playground. Having a brand-new play area will provide a fun and engaging outlet for communication, problem-solving, sharing and other critical coping skills,” said Doug Low, executive director of Kidz Express. 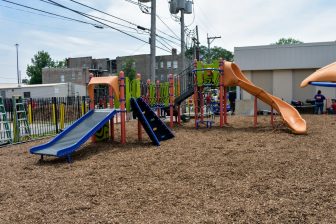 In March, Austin kids participated in a special event where they designed their dream playground. That dream became a reality when volunteers built their new play space on Saturday, inspired by those designs, in under one day.

This playground is part of a broader local effort led by Wells Fargo and KaBOOM! to create an oasis for kids to feel valued and nurture their potential.

“Wells Fargo is devoted to transforming the lives of Austin residents, and this new playground is just one way in which we hope to achieve a lasting impact on the community,” said Andrew Ruehl, community relations senior consultant. “We want these kids to feel supported and celebrated. They deserve a space to call their own, where kids can be kids.”

Since 2015, Wells Fargo has invested $100,000 each year in the Austin neighborhood. In 2018, Wells Fargo doubled its investment through United Way of Metro Chicago Neighborhood Network Initiative, bringing its total commitment to $600,000 by 2020. 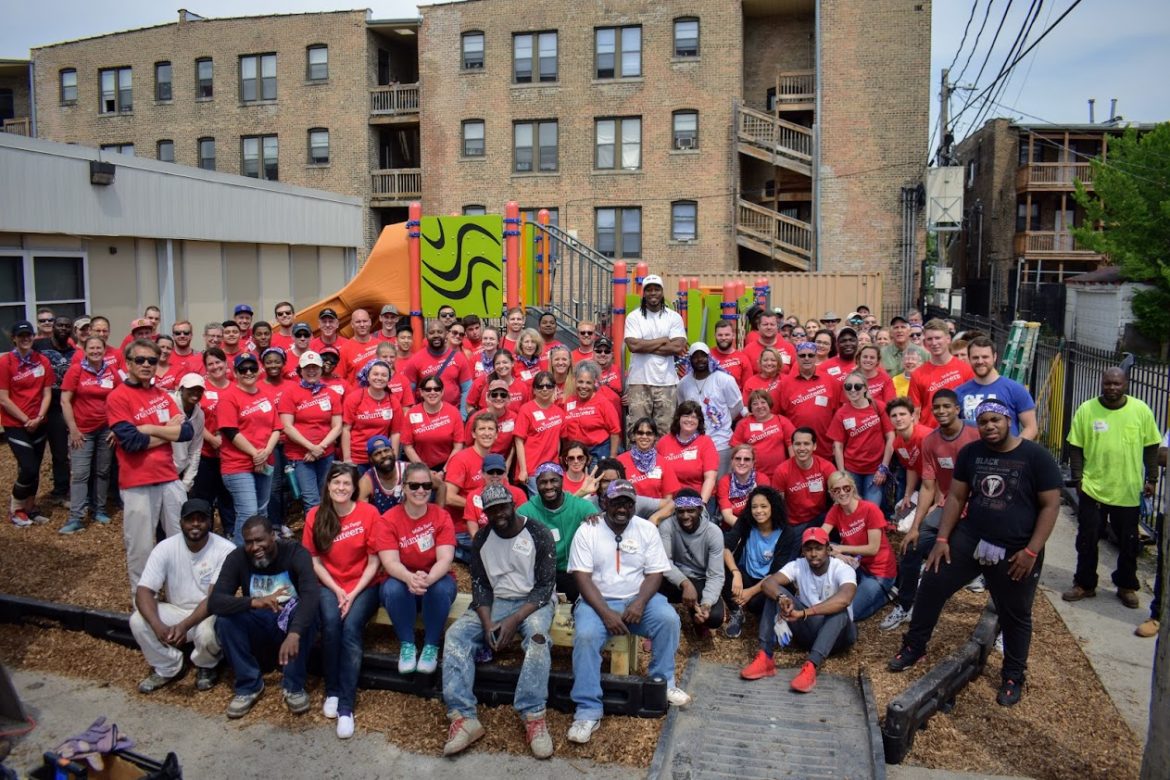