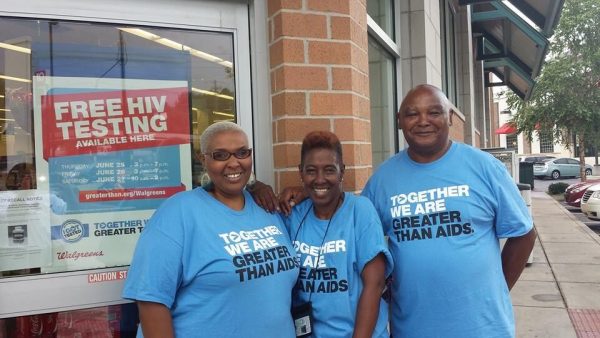 Walgreens and Greater Than AIDS are offering free, confidential HIV testing and counseling in 22 Walgreens locations, including several in Austin and nearby neighborhoods.

On Thursday, June 27th from 10 a.m. to 7:00 p.m., fast, HIV tests will be administered – no appointment needed – with results delivered on-site. HIV counselors will also be on hand with information on prevention, early treatment and PrEP, a medication that offers an effective means of protection for those testing negative for HIV.

According to the Centers for Disease Control and Prevention, an estimated 1.1 million people nationwide are living with HIV, including nearly 24,000 individuals in Chicago, 15% of whom have not been diagnosed.

In 2017, nearly 24,000 Chicago residents were living with HIV – with the majority being members of minority groups. Despite progress, the CDC estimates that 1 in 7 are unaware of their HIV status, underscoring the importance of easy access to testing.

Other test sites across Chicago can be found here.