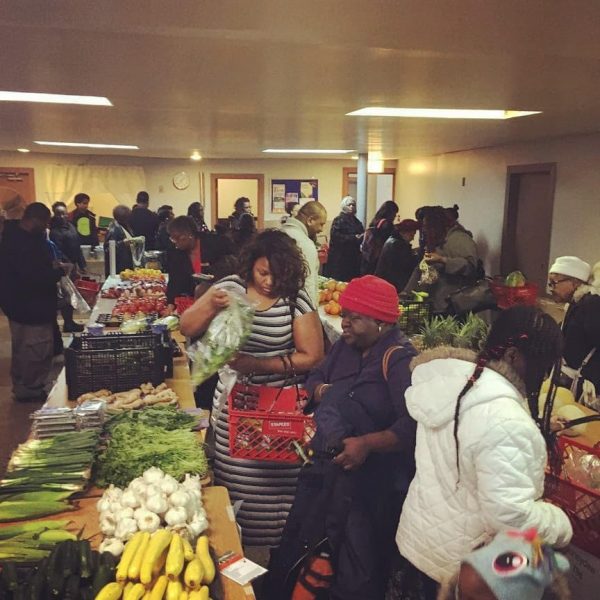 Forty Acres Fresh Market organized a number of fresh produce popups in Austin in 2018. The first one of 2019 will be held this weekend.

A fresh market popup will return to Austin this Friday, Saturday and Sunday.

Similar popups were held monthly throughout 2018 in Austin, Maywood and Humboldt Park but then put on hiatus so organizers could figure out the best way to attract more West Side residents.

“We went back to the drawing board (and asked), ‘What’s needed to make this a success?” said Liz Abunaw, owner of Forty Acres.

One of the biggest challenges is not that there’s no demand for fresh produce in Austin, but that most of the demand leaves the community, Abunaw said. Austin residents are used to traveling to Oak Park, Cicero and farther north to do their shopping, she said.

But it was clear with the first Austin popup in January 2018 that the demand was there. “People who shopped with us loved it and said, ‘This is what we need.’ But the challenge is getting people’s attention,” Abunaw said.

“I think it was great, and it was received very well by the community. People talked about how little opportunity there is to Austin to get fresh produce, and you have to travel to just go find it. So to be able to walk around the corner and get a fresh piece of fruit was very exciting to a lot of residents,” said Crawford, who also leads the Austin African American Business Networking Association Inc.

“The challenge is that when the churches are giving free fruit and vegetables it’s kind of hard for somebody to say, ‘Pay for mine’ when free is free,” he said.

Forty Acres has partnered with Austin Av 72 Chicago SSA, a city-designated zone funded through property taxes that provides support to businesses operating along Chicago Avenue from Central to Kilpatrick and on Cicero from Rice to Ohio.

The SSA, run by Yemisi Dinkins, director of finance and economic development at the Westside Health Authority, has supported Forty Acres as it planned this weekend’s popup, helping identify space for the event and recommending people from the West Side with whom Abunaw could work.

“We’re making sure she has connections to the community and that she is looking to ensure the community is connected to her initiative,” Dinkins said.

One of the SSA’s primary focuses is growing local businesses in Austin, she said. In particular, Austin Av 72 Chicago SSA has a grassroots grocery initiative, which is focused on building businesses within the community that satisfy the need for fresh produce, Dinkins said.

This weekend’s popup – which will be held at 5051 W. Chicago Ave. – will be the first of what organizers hope will be a monthly market series in Austin. The ultimate goal, though, is to have a permanent location, Abunaw said.

“What’s the end goal? We need a grocery store,” she said. That “is something we need to build to.”

“Austin is still a food dessert,” he said. And that means the community loses out in a myriad of ways, including getting to shop alongside neighbors and having the social interaction at their local grocer.

Dinkins encouraged as many people as possible to stop by the popup this weekend to show their support.

“People shouldn’t underestimate the importance of just showing up,” she said. 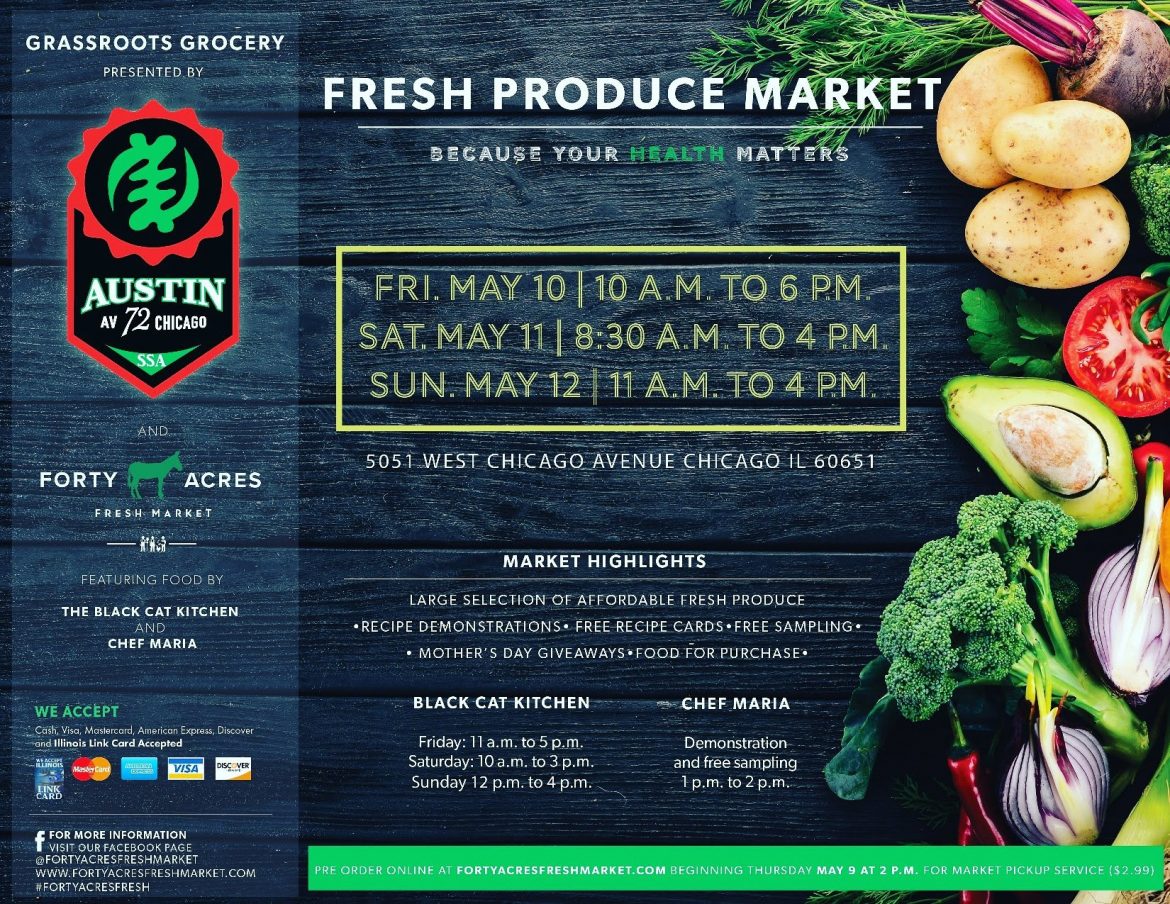