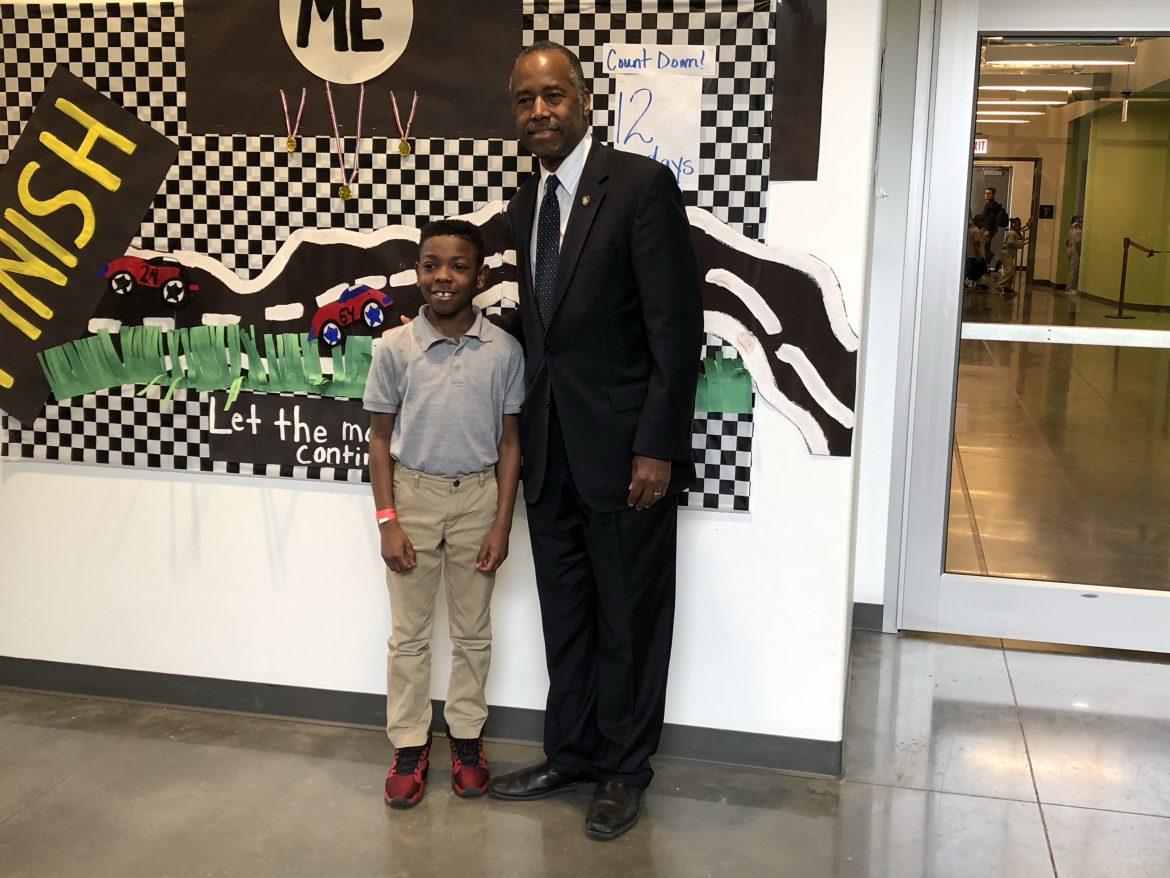 U.S. HUD Secretary Ben Carson visited Austin last week. He stopped by a program By The Hand Club for Kids operates on the West Side.

U.S. Secretary of Housing and Urban Development Ben Carson made a trip to Austin Thursday, touring an after-school program that he said has benefited from the federal Tax Cuts and Jobs Act of 2017.

The program is operated by the nonprofit By The Hand Club for Kids, which provides support services for children in under-resourced, struggling neighborhoods and is located in an area that has recently been designated as an Opportunity Zone.

“Why would anyone go any other place than Austin?” Carson said.

The housing secretary wanted to visit the organization to put the spotlight on the work groups like By The Hand are doing and to encourage others to invest in Opportunity Zones. He noted that 94% of By The Hand’s funding comes from private donors, with only 6% coming from the government.

“Touring different organizations in Opportunity Zones brings attention to what is going on so more people can begin to get involved,” Carson said.

Austin is one of about 8,700 Opportunity Zones nationwide; there are 327 in Illinois and 181 in Cook County. The new federal tax law provides business and real estate tax incentives for those who invest within an Opportunity Zone.

Anwar Smith, managing director of program operations for By The Hand, said the organization serves about 700 children in Austin at two facilities, one a charter school and the other a public school.

Smith said the group selects the communities it serves based on three criteria: poverty level, education and violence. He noted the group is faith-based and their goal is for the kids they serve to experience an abundant life.

“We really try to take a (wholistic) approach to helping our students,” Smith said.

By The Hand works closely with partner schools to identify students who are struggling academically or at risk of dropping out. The students targeted for services are in grades kindergarten through 4th grade (charter school model) and 1st through 12th grade (district school model).

“There are so many great organizations in Austin. There is this great sense of coming together, and people really want to see Austin grow.”

HUD Secretary Caron said he hopes the work By the Hand and other groups are doing will spur others to invest in Opportunity Zones so that more Americans have the chance to prosper.

More people need to be given the skills to escape poverty and more areas of the country “that were never going to do anything” need to have “the same economic prosperity as other areas,” Carson said.