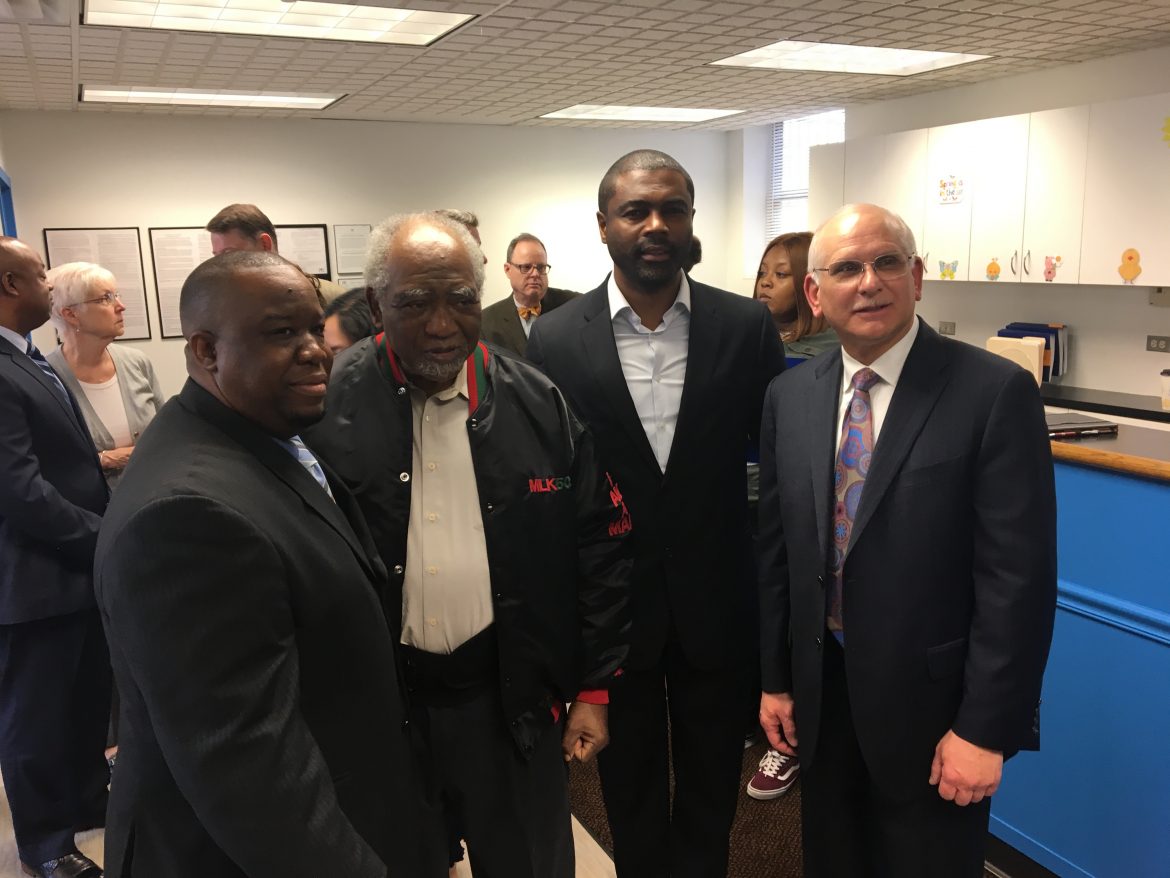 PCC Parkside Family Health Center is the 12th PCC health clinic and represents $1.7 million in investment, Urso said. “We’re grateful for the privilege to serve this community and deepen our commitment to the West Side.”

“It’s a small but mighty staff,” said Dr. Paul Luning, PCC’s chief medical officer. He noted PCC took over the facility from Circle Family Care and Circle Urban Ministries, whom he thanked for the help and support.

“Our providers and staff are going to have a leg up because of he fine reputation of the doctors” at Circle,” Luning said.

Some of the staff also worked at Circle, when it operated a clinic at the same location. Dr. Chidinma Osineme, PCC Parkside’s medical director, returns to PCC after several years in Virginia, where she served as associate director of a family medicine residency program for a rural health clinic.

Congressman Davis also commended Circle Urban Ministries for the role they’ve played in Austin, including all the years it operated a health clinic at the same site.

Noting his district includes more hospitals and community health centers than any other member of Congress, Davis stressed the importance of another facility opening on Chicago’s West Side. Centers like PCC are serving more than 25 million low and moderate-income people throughout the United States, he said.

Rep. Ford said he’s grateful PCC is filling a void that had to be filled, adding he was a Circle patient and had exams at the location where PCC Parkside now operates.

The Austin lawmaker pledged to do everything he can to make sure the clinic has what it needs to deliver care to West Side residents.

Borishade of Circle Urban Ministries said Circle was at this site for 30-plus years before closing. “Give me a moment because I just have to say hallelujah. This was a longtime coming.

“Give God praise for his blessing on this campus, and (we) look for many years to come,” Borishade said.