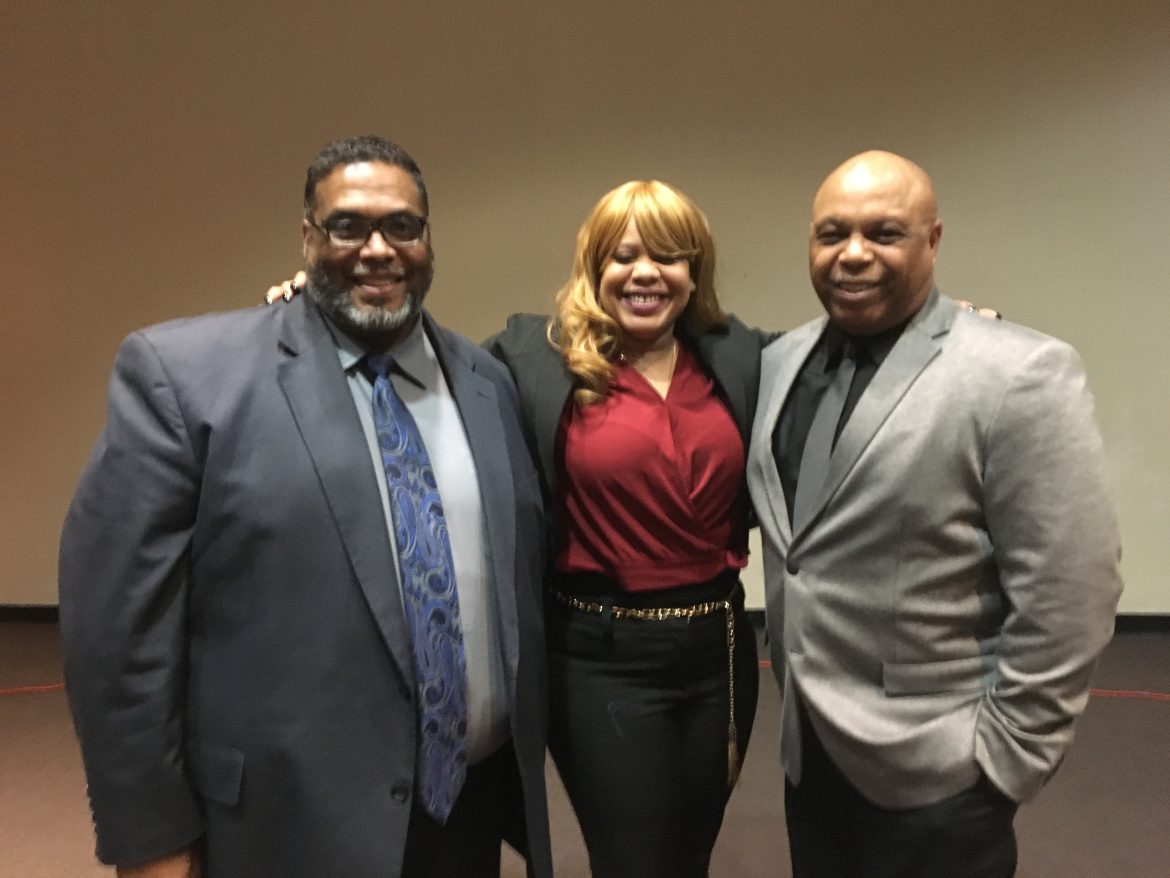 Ald. Chris Taliaferro made the case Tuesday night for 29th Ward residents to elect him to a second term, while challengers Zerlina A. Smith and Dwayne Truss said they’re better equipped to serve residents the next four years.

The three candidates answered questions at Michele Clark Magnet High School about a variety of issues, ranging from foreclosure and education to ethics and parking tickets.

On several issues, the three agreed: All support term limits for the Chicago City Council, a moratorium on charter schools and an elected Chicago Board of Education. (The mayor appoints all its members; CPS is the only school district in the state with an appointed board.)

But the candidates disagreed on whether aldermen should be allowed to work jobs outside their City Hall position. Both Smith and Truss said if elected, they would only work as alderman. “That six-figure salary you make to represent your community should be your only job and your only focus,” Smith said. But Taliaferro said he doesn’t believe every source of outside income should be banned.

When asked about a ProPublica Illinois and WBEZ investigation that found residents in black neighborhoods are ticketed at much higher rates than people living in white communities, Smith said fines should be wiped out for people who can’t pay their parking tickets. “If you make $14,000 a year, you shouldn’t be responsible for a $150 ticket.”

Taliaferro said if the figures revealed by the media’s investigation are correct, then the city council may need to take action. The former Chicago Police sergeant said officers who are targeting only certain communities to be ticketed should be fired, and the city’s finance department needs to be collecting fees fairly. But he said financially, the city couldn’t afford to throw out everyone’s ticket fines.

Truss, who works as an auditor for the state, said it’s an alderman’s job to analyze trends before they get reported by the media. “Get ahead of the problem.” He suggested the city consider a sliding scale for paying tickets so it’s not such a regressive tax, and he said the city should not let fines double as they do now.

The alderman said since being elected in 2015 – he beat incumbent Ald. Deborah Graham in a runoff that year – he’s brought more than $200 million in grants and other funding to the ward.

Taliaferro said Hostess now employs hundreds of people, and there are projects underway throughout the ward, including a $30 million youth center on North Avenue backed by comedian Hannibal Buress. The property has already been purchased, the alderman said.

Smith, who works for the Institute for Nonviolence Chicago and was an outreach coordinator for state Rep. La Shawn Ford, said there needs to be safe places for young people in the south part of the ward. She wants to tap the $1.3 million in menu money the ward receives each year to put young people to work. But Taliaferro said that money can be spent only on infrastructure.

Truss said for years, he’s been involved in the parks, a resource that is already here and needs to be leveraged. He said one difference between him and the incumbent alderman is that Taliaferro “goes along for the ride,” while Truss has been out advocating for the community.

The longtime Austin resident said he lobbied hard in 2010 for the manufacturing program now based at the Austin High School campus. “The reality is that not everyone can and should go to college,” Truss said, adding there are all sorts of jobs – like auto mechanic – that pay well.

Taliaferro agreed that not everyone goes to college and those who don’t should get the support they need. He said he’s been working with Douglass High School to implement a barber’s college for students who can get a state-certified license by the time they graduate. “If we can continue those kind of programs in our high schools, we can assure that our seniors who are graduating can get employed when they leave high school.”

Smith said none of Austin schools are up to date when it comes to technology, and she advocated using the ward’s menu money on education.

Taliaferro predicted the state would legalize marijuana in the next year or two and begin taxing the drug. He said he would make sure that money was used to supplement CPS’ budget.

But Truss warned that what happened with the state lottery – it was promised to public schools but has been spent on other things – could happen with a marijuana tax. And, he said, “we have to make sure that the regular (education) funding is already locked in.”

He pointed to 32-plus years of organizing and working with different groups on the West Side as to why residents should elect him on Feb. 26th. Truss criticized the alderman, saying he has not being engaged with the entire ward and excluded some from major decisions, like what to do with the former Emmet School building that was purchased by the Westside Health Authority last year.

“Economic development is being inclusive of all,” Truss said, adding the same process used in Galewood should be used throughout Austin. “All of us have to work together. … I want to serve the entire 29th Ward and not just 25 percent of the 29th Ward.”

Taliaferro said at no time will you hear him talk negatively about others and their advocacy. Saying there’s been a reduction in crime in the ward and an increase in jobs, the alderman added, “We have seen progress in this ward. … We’re on the path to continue to move in the right direction.”

The alderman said he disagrees with the idea that he cares only about one part of the ward and said residents “need an independent leader down at City Hall.”

Smith, who sought the position four years ago, said she’s running again because her vision of Austin has not been realized. “I plan on running this ward like my house – with love.”

Tuesday’s event was organized by Austin Coming Together and the South Austin Neighborhood Association.