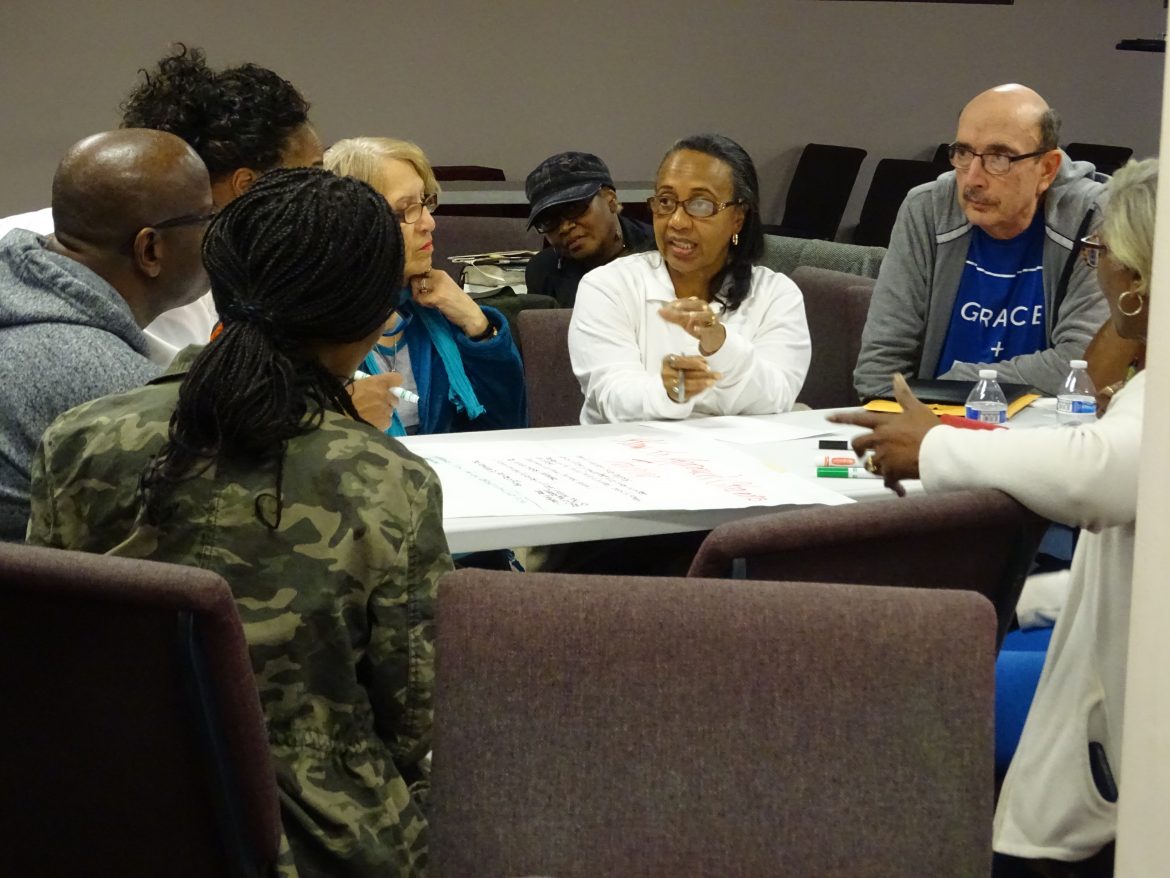 A top Chicago Police official says the department is willing to do whatever it takes to work with residents and improve training practices.

“There’s no versus them in this,” Kevin Johnson, deputy chief of the Education and Training Academy, said at a recent community forum. “We need your ideas, and we need your help.

“Whatever we can do to solve our problems, that’s what we need to do. We can’t point fingers anymore, we need to put on paper what we can do to make our community safer.”

The forum, held Oct. 25 and hosted by the 25th Police District, was required under the pending CPD consent decree to allow community input on the ways officers are trained.

The decree, drafted by Illinois Attorney General Lisa Madigan’s office, is designed to reform training, hiring, use of force, community policing and other practices.

Hosted at the Heritage International Community Church at 5320 W. North Ave., about 40 community members selected three areas of police training they would like to see adjusted and drafted comments to be considered during the decree’s determination.

Community members chose to focus on police interaction with youth, cultural sensitivity training and awareness, and how police approach citizens. 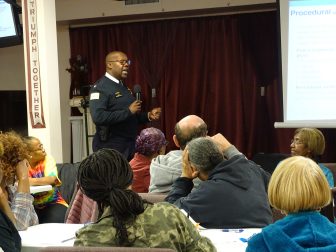 Deputy Chief of the Education and Training Academy Kevin Johnson speaking at the Heritage International Community Church in Austin.

One proposal from the community to reform officer training included providing officers with additional training on how to approach citizens with respectful language and tones. Other suggestions included additional programs for officers to maintain their mental health and more opportunities for officers to build relationships with young people through school-visit programs.

Suggestions from the community will be brought to U.S. District Judge Robert M. Dow Jr. as he considers the decree for approval.

Earlene Green, an Austin resident since 1979, said over her time in the neighborhood she has seen the relationship between police and community become less friendly. Green said she was happy for the opportunity for residents to give their input about how officers are trained.

“This was great,” she said. “It was a chance to voice your opinion and say how things have changed over time, and the thing I really liked was that the other participants really listened. It seemed like we were all on the same page on some of these issues.”

One suggestion Green said she proposed in her group was the implementation of a curriculum designed to teach young people about how to behave when being stopped by the police. She said many people have never been taught how to interact with officers and can appear aggressive or hostile when they really aren’t doing anything wrong.

Deputy Chief Rick Contreras, who helped organize last week’s forum, said he was happy with the suggestions his team has received and looks forward to their implementation.

“It’s a good exercise of people’s rights when they have the chance to add their input to these matters,” Contreras said. “The people here are going to see how they’ve changed things here today when they start seeing the difference out on the streets.”

When asked whether he had noticed negative attitudes from officers about the implementation of the consent decree, particularly within the Fraternal Order of Police union, Contreras said no one likes change but if officers want to do their jobs, they will do so within the new mandates.

During other forums held elsewhere in Chicago, some officers have voiced concerns that its approval will inhibit officers from doing their jobs.

Contreras said more community will be planned through November and potentially through December.