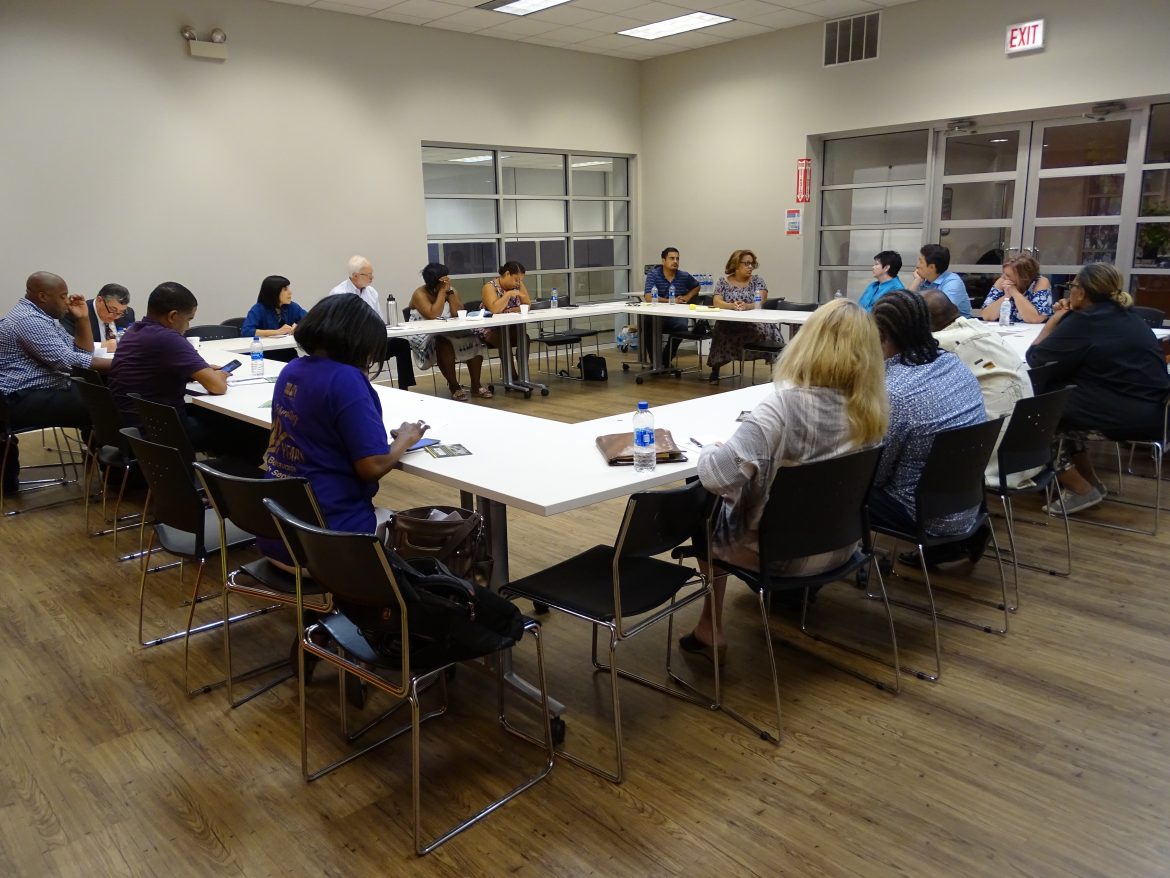 Plans for a community court in Austin are progressing as a second working meeting was held last week.

Organized by the office of Cook County Commissioner Richard Boykin, the meetings are meant to gauge community support of the court and begin planning for such a court in Austin.

A community court, an alternative to the traditional judicial system, is designed and operated by community members and stakeholders. Although community courts can take many different forms, they typically bring offenders and their victims together to discuss the harm of the offender’s action and how it can be corrected.

Representatives from the Restorative Justice Community Court in North Lawndale, the first community court of its kind to open in Illinois, attended the Aug. 27th meeting to provide information about the court’s practices and provide guidance on how Austin could organize its own court.

“This is an idea whose time has come for the Austin community,” Boykin said.

Boykin opened the meeting by clarifying that although he supports the creation of the court, he will work toward its creation only if it’s something the community truly believes will serve the people and neighborhood. He also asked that community shareholders and organizations let him know if they support the court so he share that support with Cook County Chief Judge Timothy Evans.

Last week’s meeting positioned attendants in a circle, where ideas and suggestions could be offered equally, and there was a focus on planning rather than informing. BUILD, 5100 W. Harrison St., hosted the meeting.

Kellye Keyes Jackson, assistant CFO for Judge Evans, provided information for Austin residents to consider in the creation of their own court, such as partnering with local law enforcement, carefully considering the geographic areas the court covers and determining which types of cases the court should consider.

One suggestion: make sure the community knows as much as possible about a community court. Jackson said it can be difficult to find crime victims who are willing to participate in the court’s process and would rather not see an offender go to jail. For that reason, Jackson said it’s important that residents know there’s an alternative to incarceration and that it is effective in preventing recidivism.

Although a great deal of planning and organization go into the creation of a community court, the benefits can be great, Jackson said.

“The greatest pro is that you have the capacity to provide young people a path other than incarceration, other than being tied to a system,” she said.

Nancy Michaels, coordinator of the Restorative Justice Community Court, suggested it may be valuable for Austin to partner with an institution of higher learning ― as the Lawndale court did with Roosevelt University ― to help determine which cases would be most beneficial for the court to review.

She also addressed a concern raised by a meeting attendant regarding recidivism, who said the consequences of a crime may seem less severe than if someone is tried through a traditional court.

“Our hope for these young people is that they won’t commit another crime because they feel responsible to these people they have been in relationships with now.”

The next working meeting will be held at 6 p.m. Sept. 19  at BUILD’s offices.