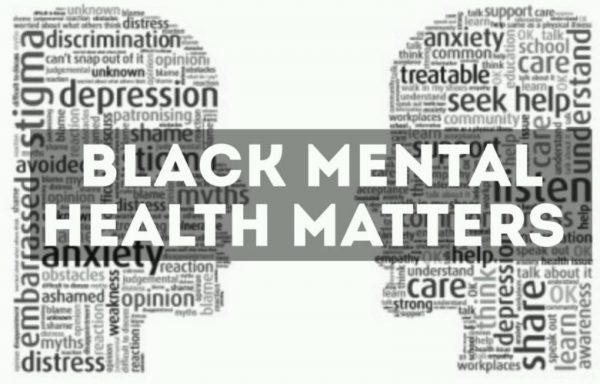 There’s never a time when discussions do not get heated, when talking about the black agenda or the order in which these items should be tackled.

In these discussions you will hear terms like “coon,” “sellout” and “the conscious community,” or “woke black people” or “Hoteps” when referring to certain subgroups of the black community.

Each will refer to the elite power class as “the white man,” “the system” or pigs.

There’s almost always many folks in the room that side with economic development and jobs as the No. 1 issue. Another group says education is the most important issue. There are still others who believe rebuilding the black family structure lies at the core of the solution.

Very few agree that mental health is even a large issue.

Part of defining mental health is grasping the idea that there is a deficit in mental/emotional functioning that affects certain people’s ability to properly perform in everyday life.

My problem with any discussion of the “black agenda” that does not intertwine mental health as a subcategory under any point? It’s mute and useless.

You’re talking to hear yourselves talk.

It’s not doing a root cause analysis.

Fact: Black folk are 20 percent more likely to report having a serious psychological distress, according to the U.S. Department of Health and Human Services Office of Minority Health.

Fact: Poverty, joblessness and poor housing conditions are key indicators in predictions of mental illnesses, according to the National Alliance on Mental Illness (NAMI).

How can we have a discussion without some concrete agreement on our identity being forged in trauma, crisis, risk and resilience – and object relations theory?

It seems to me like we are attempting to skip a few stages of Maslow’s hierarchy of needs.

How are you able to concentrate on keeping a job if proper conflict resolutions skills have not been taught?

How do we focus on rebuilding a black family when role identification is null and void?

As the family structure evolves or changes, roles also morph. Crisis situations and traumatic events affect the role of certain members more than others. Group dynamics play an integral role when a broken family structure is primary blueprint for a neighborhood.

Being educated in our current system also has psychological implications for black children, who for most of their education, will be taught by people who do not look like them. Identification and inferiority, self-worth and subliminal self-hate perpetuated by negative media images play stark roles in developmental stages of youth.

Please tell me how and where we can escape the complexities of mental well being in this current climate?

I have yet to discuss prison, and substance-related and addictive disorders. Some people have yet to understand the scars of trauma in this area. The grief that accompanies a parent or child in the prison system is often carried throughout life. The abandonment from the crack era still lingers. It also becomes a generational cycle.

Numbers of growing discussions are beginning to focus on mental well being organized by black mental health professionals in the Chicago area. Movements are taking shape.

We continue to advocate on behalf of those unable to speak for themselves. We find ourselves in rooms where we are the only representatives in our field. We are familiar with this struggle. We carry the stories of our caseloads forever bound by confidentiality.