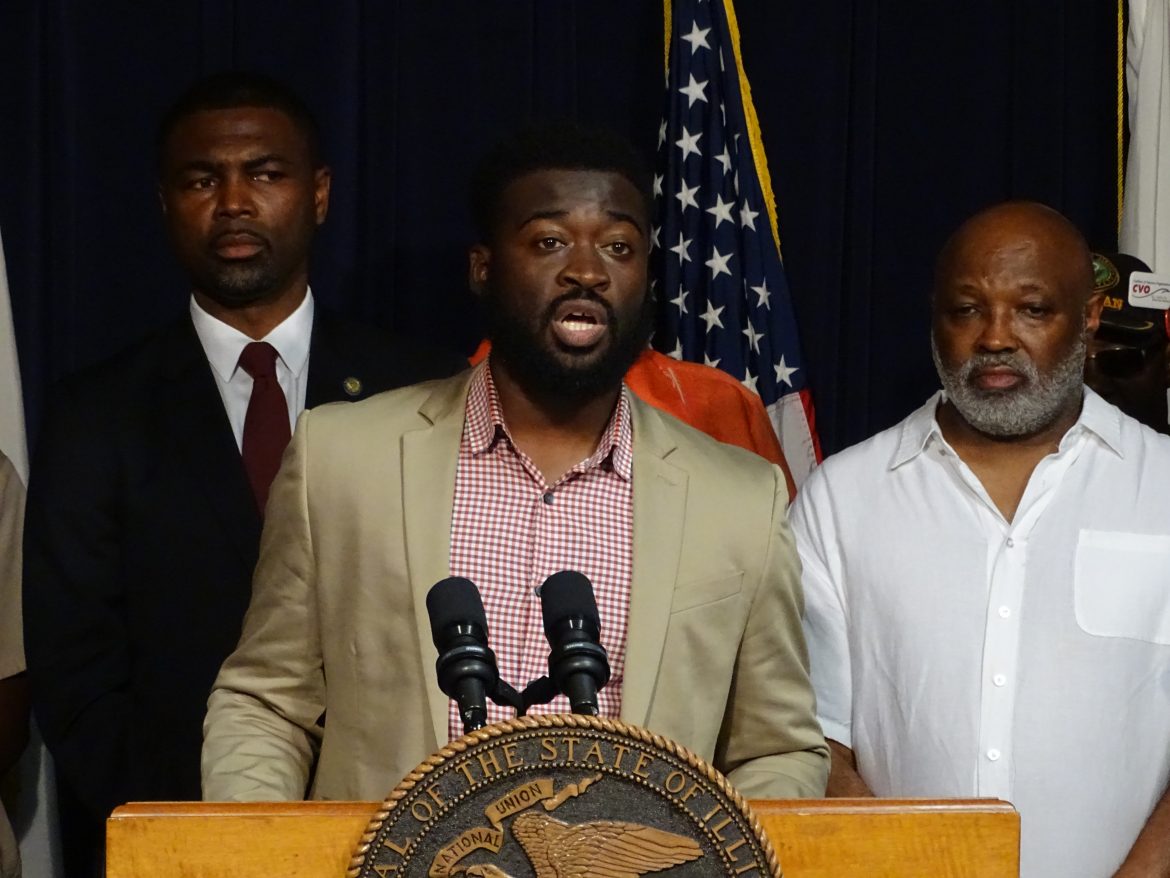 (From right to left) Rep. La Shawn Ford, educator Maxwell Little and Revin Fellows at the announcement of the Operation Save Lives team Wednesday.

Rep. La Shawn Ford brought together about a dozen religious, non-profit and civic groups from the South and West sides last week as part of his “Operation Save Lives” at the James R. Thompson Center.

“What we have today is a group of organizations and people that are saying that we can help our communities, and we are demanding that the state, the city, the county and the federal government support us,” Ford said.

Ford called on other government leaders to reevaluate their own values when it comes to providing resources to struggling communities like Austin, making reference to a controversial comment made by Mayor Rahm Emanuel made earlier this month. The mayor cited a lack of “values” and “character” in Chicago’s most violence-plagued communities.

In response, Ford said: “There continues to be a lack of good moral values on the part of government to sit back and watch people die at alarming rates in Chicago.”

Ford gave time for each organization to speak about how their group improves communities and to demand additional resources from the city, county and state. 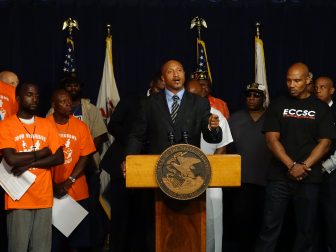 Rowe Davis, founder of Building Our Prosperity 5,000 Project, an economic development strategy with the goal of increasing home ownership and investments in under-served communities, said the real way to reduce violence is not by increasing police presence or creating harsher sentences, but by combating poverty.

“Why is that every time we see a violence spike in our community that the response is more police and tougher sentencing, but never more resources?” Davis said. “We come together today to demand that we are allocated the same resources and opportunity to give our communities safe, affordable homes and a shot at life.”

“[Critical race theory] is a curriculum that challenges and critiques systems of oppression, white-supremacy and how we can combat those issues in the Chicago Police Department. If you can change the mind, you can transform behavior,” Little said.

Kenny Daust II, president of Bridging the Gap, said he hasn’t been able to secure public funding for his organization, which fields basketball teams in different areas of Englewood to bring people together and prevent violence. So he relies on assistance from individuals who have criminal histories.

“My organization doesn’t have funding, so my approach to everything is using the other guys from the community, the guys they say are criminal, monsters and who they are scared to approach,” Daust said.

Patrick Zakee Young, director of technology for Books Over Balls and founder of the Urban Tech Academy also spoke at last week’s gathering.

He explained how he and others at the Urban Tech were able to create a six-week summer program with no public funding to teach 50 children basketball, social and technological skills. Some students from the program have already found jobs in the tech world.

Revin Fellows, co-founder of Books Over Balls, shared upcoming plans for the newly formed OSL team. Following an initiative started by Phillip Jackson of The Black Star Project, Fellows asked attendees to walk with African-American youths on the way to their first day of the 2018-19 school year.