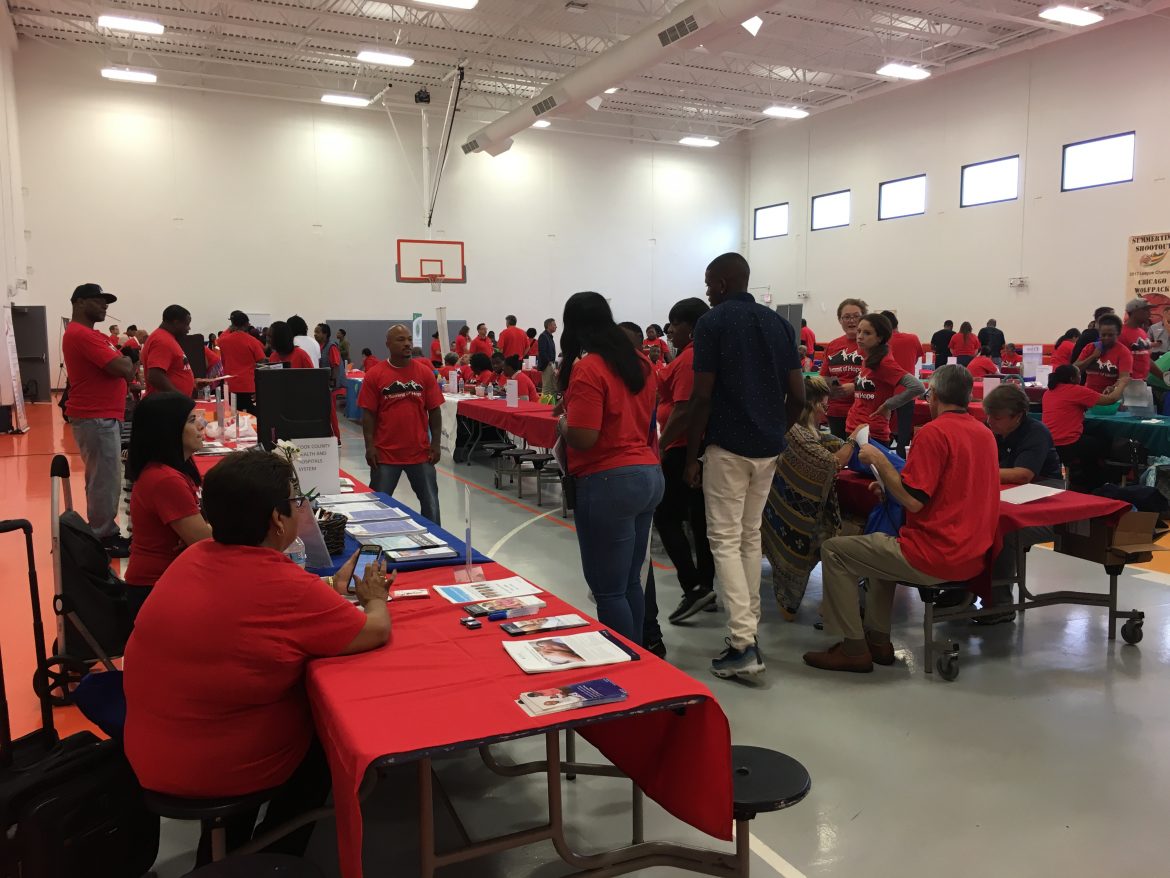 Maria Moon spent more than a decade in jail, beginning in 2000, after being charged with aggravated assault. When she got out, finding a job and stable housing proved difficult with a prior conviction on her record and restitution debts.

“The judge doesn’t tell you, ‘I’m giving you a two-year sentence, but it’s really a lifetime sentence because of the lifetime barriers,’” said Moon, 39. “A lot of us are homeless.”

But there was some hope given to more than 800 former convicts like Moon last week at the Summit of Hope resource fair, held in Austin, where dozens of state-run and non-profit agencies offered services aimed at reintegrating parolees into their communities.

Moon was there as a representative for National Alliance for Empowerment of Formerly Incarcerated, helping educate other former convicts about the program that has given her stability since being released from jail in 2013.

The group is run by and for ex-convicts, offering mentorship programs and holding weekly peace circles. It was co-founded by Austin resident and former convict Benny Lee.

Also attending the event, which was hosted by the Illinois Department of Corrections, was state Rep. La Shawn Ford, whose district includes Austin – where one in 50 residents is currently on parole.

“You have people coming back to the community without the ability to gain employment,” Ford said. “They don’t have a place to go to work every day, so they stay on the corners and try to hustle. So homeowners suffer and children suffer as they try to walk the street.”

That’s why Ford lobbied Marcus King, spokesman for the Illinois Department of Corrections, which has been holding similar events across the state for six years, to hold the event in Ford’s district.

“To build safer communities, you have to provide people with opportunities,” King said. “That’s how you fight recidivism – a job.”

The Austin community, and the West Side at large, has the largest contingent of citizens returning from prison of any area in Chicago, Ford says.

There was free HIV testing offered as well as a signup for the city’s new CityKey IDs; and attendees could receive vouchers for state IDs.

“I’m here because I had to come, but I’m glad I did,” said Marquis Griffin, who served four years of an eight-year sentence for possession of cocaine. Griffin’s parole officer mandated that he attend the event in lieu of a traditional parole visit.

“Health care, dental care – that’s great. That’s stuff people need,” Griffin said, referring to some of the programs he learned about. “People on parole have a hard time getting that.”

A similar summit, also hosted by King, will be held for the Pilsen and Back of the Yards neighborhoods in July.