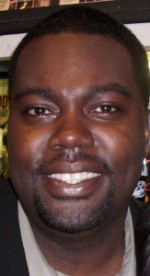 Pictures and soundbites of families being separated at the border of America and Mexico have been airing on local news stations the past several weeks.

The topic of immigration has been the focus of many past presidential elections.

Some people note the pros and cons of direct pathways to citizenship for the southern neighbors of the United States.

One prominent argument in favor is that immigrants fill jobs that others already living in the U.S. do not want.

Another view is that immigrants have the choice to come to America; something that many African Americans did not have.

A consistent overarching theme is that both forced migrants and illegal immigrants benefit this country.

From stolen bodies to stolen land, the politics of this experiment has been one of division.

So it occurred to me growing up on the West Side of Chicago that many of us black boys were warned about the dangers of getting caught after dark on Division Street past Homan Boulevard in Humboldt Park. We had stark verbal lashings about being in Cicero, Little Village or Pilsen when the sun went down.

“They don’t like black people,” some adults would say. “You gone get yo ass beat for trying to be over there in that area,” another would preach.

We never got caught over there past the street lights coming on.

It wasn’t until I got older that this relationship of the forced worker and determined immigrant bothered me.

“Oh, they think that they are better than blacks,” I remember an adult telling me.

I cringed on many occasions listening as some Hispanic men and women appropriated the word “nigga.”

This racial tension between black and Hispanics appeared as this war between two underclasses. I have yet to see many people explore this silent battle.

When I got older I heard some of my Latino friends confirm the notion that their daughters would be disowned if they dated black men.

I also heard some of my black friends say that Latinos born in America can assimilate through fair skin and learn King’s English to distance themselves from the perceived menace that is black America.

We can also agree that minimum mandatory sentencing also affected the Latino community.

Just as little boys and girls do not want to be removed from their families at the borders, Section 8 vouchers should not come with the stipulation of removing black dads from homes.

I’m also sure that Philando Castile wanted to go home with his family in the car.

Sandra Bland wanted to come back to Illinois after visiting Texas.

Kalief Browder didn’t think he would spend years in jail away from his family.

Trayvon Martin probably envisioned running through the door of his father’s home in Florida.

While headlines of children being forced to wonder about seeing their families now dominant the news, black people have been fighting families being torn apart since the savagery of slavery.

We have become numb to the plight of black lives.

We can change the narrative of a kneeling Kaepernick, blackball him, adopt a rule to keep any other player from kneeling and move on to the next tale that paints black youth as expendable as plastic cups of beer at a football game.

The debate does not come down to which family means more in the eyes of the media.

The treatment of the race that is perceived at the bottom of the totem pole does not exclude any other race from experiencing the same trauma except it be the fully assimilated people who can pass for white.