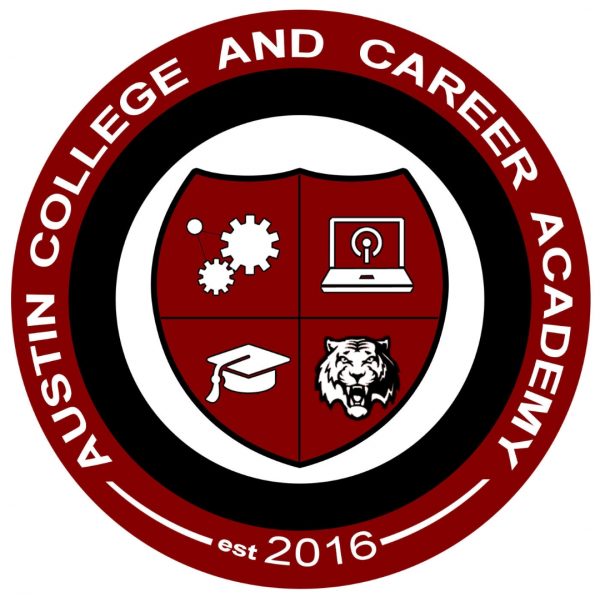 The Austin College and Career Academy has been given new equipment, a new look and, most importantly, a chance to change its public image, after being selected by a national campaign to improve athletic and nutrition programs in schools across the country.

About 40 volunteers ― 20 of them students and the rest from local UnitedHealthcare  ― arrived at the school last week to make improvements around the building.

The school’s courtyard was mulched and landscaped; the weight room was cleaned and equipment updated; and the dance studio was painted before it was lined with new mirrors and dance bars.

The next day the remodeled spaces were unveiled to students and school workers while workshops were hosted to teach students about how to best use the school’s new features. 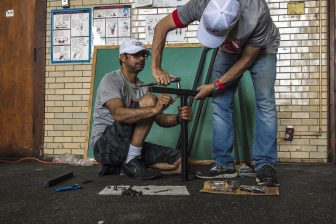 Funded and organized by UnitedHealthcare, CBS EcoMedia Inc. and the Cal Ripken Sr. Foundation, the Team 8 Tour annually selects eight schools throughout the country to remodel athletic and nutritional spaces.

The Austin school was the second stop on the tour, in its third year.

Principal Patricia Harper Reynold, who applied for the grant along with members of the CPS Central Office, said the remodeling could help boost enrollment at the school, which had about 260 students this school year; the building has room for 1,800.

“We wrote in our application about trying to make ACCA feel more like a community center, and focusing truly on community service and creating a space where kids felt like it was beautiful, other people invested in it so they should invest in it as well,” Reynolds said. “We just want to create that space where kids felt welcome all the time.”

There’s been a lot of change at the former Austin High School campus; the school was closed by CPS in the mid-2000s, then under CPS’ Renaissance 2010 program, three schools were housed on the campus. In 2015, the Austin Community Action Council voted to merge the schools – Austin Polytechnical Academy, Austin Business & Entrepreneurship Academy and V.O.I.S.E. Academy High School – into the current school.

Reynold said the three-school model contributed to the enrollment drop and that since the merge, the number of enrolled freshman has more than doubled from 50 to 120. The remodel will help shake the negative perception associated with school, she added. 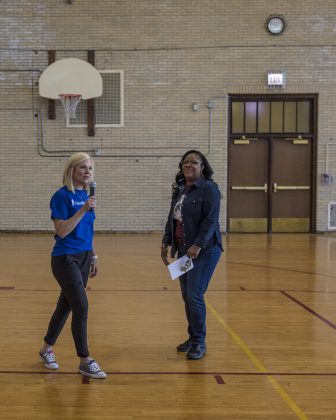 Travis Punt, senior director of programs for the Cal Ripkin Sr. Foundation, said some of the reasons the foundation selected ACCA out of all the schools in Chicago is its pursuit to shed negative connotations and establish itself as more than a school but as a community center as well.

“We saw the dedication of Patricia and the staff, and we saw that they really wanted to get their name out there,” Punt said. “They are doing some great things here but there might be a reputation of this neighborhood or of this school that’s not accurate, so we wanted to switch that.”

Darien McGee, a senior who plays varsity basketball player and volunteered for the renovation, said he looks forward to using the new weight room.

“We did need a better weight room because there wasn’t that much for us to do in there really,” McGee said. “Some of the stuff wasn’t stable or in order; everything was just scattered everywhere. People would come in and just mess it up. But since its clean now people will get on them more about leaving stuff around.”

McGee said Austin developed a reputation for gangs and violence, but now, even though a lot of that has dissipated, that negative image of the neighborhood and school remains.

“We’re not like we used to be,” McGee said. “We’ve got a good school, we’ve got good teachers, we’ve got computers and updated stuff, but we’re out of attention.”

Colleen Van Ham, president and CEO of UnitedHealthcare of Illinois, said she and her organization were proud to assist in the improving spaces around the school, because the work aligns with UnitedHealthcare’s “Do Good Live Well” initiative, a nationwide effort to reduce hunger and obesity.

“I know that Austin College and Career Academy is a place that basically serves as a second home from early morning to late at night, so for us to be able to come in and help promote a healthy life style and positive eating habits and everything – that marries up with our mission at UnitedHealthcare,” she said.

Principal Reynolds said she’s looking forward to the growth of the school and cannot thank the organizations involved enough for their efforts to change the public perception of the school.

“The time and commitment they have taken to make sure that my kids have something beautiful, and something they can call theirs, brings me to tears,” Reynolds said. “No amount of thanks could suffice for the opportunity they have brought my kids.”