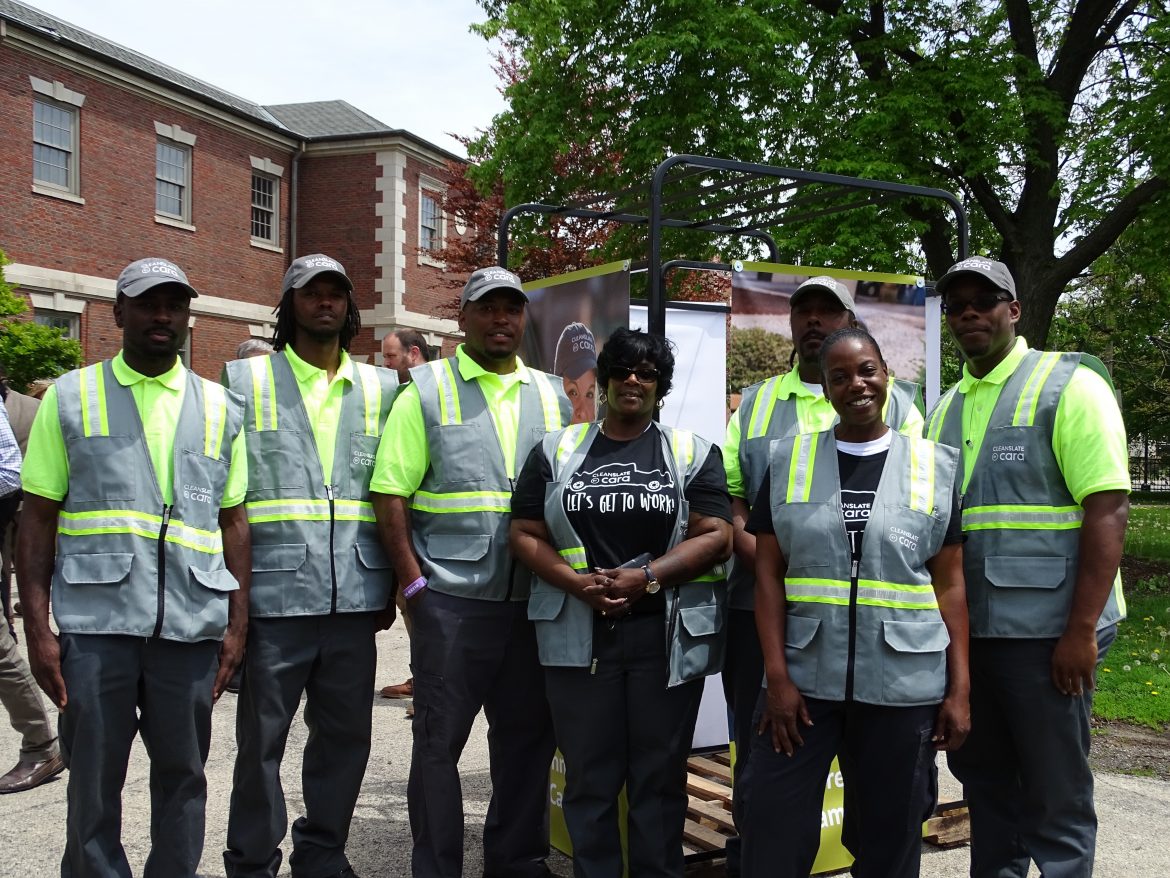 Members of the new 29th Ward Cleanslate crew outside of the Austin Town Hall Building May 18. (Photo: Connor Carynski)

Cleanslate, a social enterprise of Chicago’s Cara nonprofit, will contribute more than $300,000 over the next three years in the 29th Ward to beautify the area through its ward-by-ward initiative ― creating about 60 jobs in the process.

The initiative, funded by six sponsor families, will employ individuals to improve city areas with work like litter abatement, landscaping, graffiti removal and more. A crew of five, with three supervisors, will work throughout the ward three days a week.

In addition to holding the paid position, workers also receive services from Cara that help them find long-term jobs with the non-profit’s partners like the Chicago Transit Authority and Northwestern Medicine.

This is the initiative’s first expansion since the program launched last August in the 27th Ward. 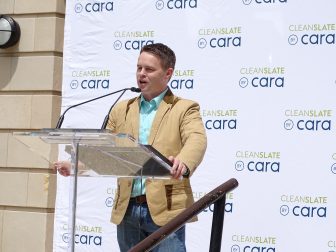 Cleanslate managing director Brady Gott said 20 jobs have been created so far in the 27th Ward the program started and that his group has received feedback from community members that the area is cleaner, safer and there’s a greater sense of community pride.

“The 27th and 29th Wards are just the beginning,” Gott said. “We hope to continue to build more corporate sponsorships, so we can open crews and set up shop in other neighborhoods in the city.”

Gott said the service is designed to offer a pathway for individuals to receive training and take advantage of Cara’s resources to find a more permanent position.

“We have about a 300 percent turnover by design within our group,” he said. “So the group that is with us this month hopefully won’t be the exact same as the following month. They’ll move on, and that spot will be filled by somebody else.” 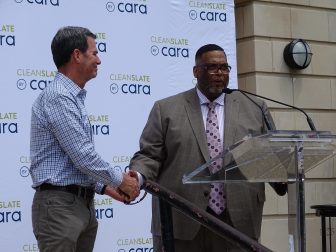 Ald. Chris Taliaferro (29th) thanks sponsor Bill Conroy for his contribution to the Cleanslate program.

29th Ward Ald. Chris Taliaferro attended a kick-off event for the initiative Thursday held at the Austin Town Hall where he thanked the sponsors and Cara for expanding the initiative to his neighborhood.

Taliaferro said oftentimes community members have an easy time getting a job but have difficulty in keeping a job or finding a position that allows upward mobility.

“One of the important things about Cara and Cleanslate, they don’t just provide cleaning services, they provide opportunities, and not just in cleaning,” Taliaferro said. “If you look at their work, you’ll see multiple companies they work with to make sure men and women are employed.”

Members of the 29th ward’s first cleanup crew were also introduced during the event.

Jeremy Thompson, 24, a West Pullman resident and member of the 29th Ward crew, said he heard about Cleanslate after having trouble finding work following his release from prison in December 2017.

“Before this I was doing a temp job, and it was hard because it’s not guaranteed that you’ll work,” Thompson said.

He has now been working for Cleanslate for seven weeks and recently had an interview with the CTA after Cara proof read his resume and provided him a suit to wear. Thompson said without first working with Cleanslate he never would have had the opportunity to pursue a position with the CTA.

“Anybody that’s been struggling as far as finding work or has just been going through things period, I feel like this is the best opportunity because not only do they give you a job, they give you a job in the meanwhile and eventually you move up. You can find something better.”

Additional attendees of the event included Cara founder Tom Owens; his son and board member Tom Owens Jr.; and 29th Ward sponsor Bill Conroy, a Cara board member and president of the Conroy Advisors consulting company. During his closing remarks, Gott said banners with the names of the sponsors will be hung from light poles around Austin.

Taliaferro said he believes the opportunities provided by the initiative will assist in reducing violence as well as strengthen morale within the community.

“Having a meticulously clean neighborhood and community is very important to helping us build pride in where we live,” Taliaferro said. “And that’s the foundation of people having a good quality of life and enjoying it, and that’s being happy and being proud about where we live.”