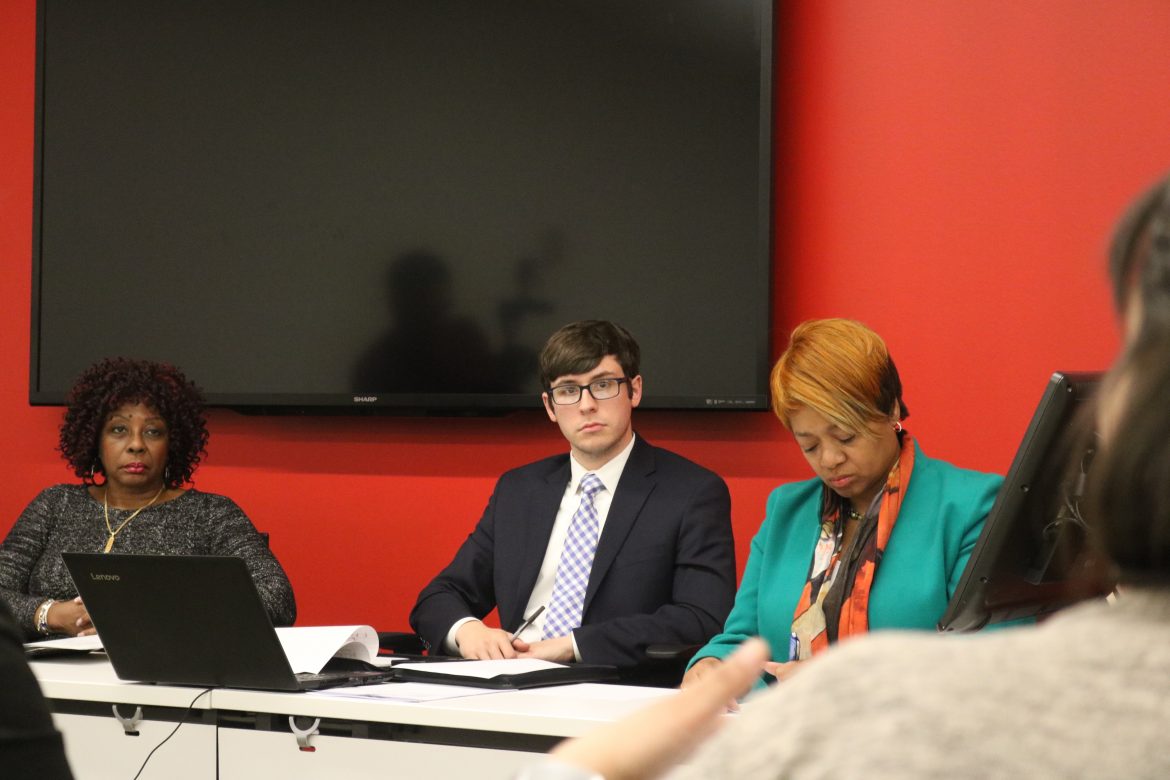 After being notified that her 17-year-old son was wanted for questioning by police, Carolina Gaete, a community organizer and activist on the West Side, brought the teen to the 10th District for what she thought would be a quick interview.

Gaete said her son, who had no criminal record and no warrant for his arrest, was held for a week in June 2016 on charges of dispatching a weapon and aggravated felony assault.

“I felt like my son was kidnapped,” Gaete said. “My son has been a restorative justice practitioner, and at 16 started reiki … My son is very peaceful.”

After proving her son’s innocence, Gaete said she submitted a Freedom of Information Act (FOIA) request to discover why a photo pulled from her son’s Facebook profile was used in a line-up presented to the witness who asserted his guilt.

That’s when Gaete discovered her son was listed in the Chicago Police Department’s so-called gang database as a member of the Two-Six gang. Gaete’s son wound up in the database after being reported tardy at his school, which was in Two-Six territory, by CPD officers at the school, she said.

Gaete shared her testimonial earlier this month with members of the Illinois Senate Committee on Public Health, which held a hearing April 19th at Malcom X College. It was hosted by Sen. Patricia Van Pelt.

Van Pelt and Sen. Mattie Hunter heard testimonial from legal experts and activists, and have plans to introduce legislation within the year to reform the way police collect data.

The database is “very discriminatory,” Van Pelt said. “This is tearing at the fabric of the community.”

The gang database began as a way for CPD to keep track of individuals with suspected gang affiliation, but questionable record keeping and perceived racial discrimination has put the database in the spotlight, prompting an ongoing investigation by the Chicago Inspector General’s Office.

A recent UIC study found that 95 percent of the 128,000-plus people on the list were either black or Hispanic. A recent ProPublica story revealed that many in the database haven’t been in a gang for years but have no way of getting off the list. It’s believed that as many as 42 percent of black men in their 20s in Chicago are included in the database.

ACLU staff attorney Rachel Murphy expressed concern that there was no system of notification for individuals placed on the list, and no system for them to protest their placement.

“We believe [CPD] should be releasing this information and making it available to the public,” said Murphy, who recommended that transparency be an integral part of Van Pelt’s legislation.

Data from the database, which is supposed to be for CPD use only, is shared with over 500 other agencies, including the FBI and the Department of Homeland Security, and has led to at least one wrongful arrest of an immigrant by ICE. Placement on the list can affect DACA designation and can be used to deny someone an I-bond.

It’s unclear how third-party law enforcement agencies have access to the database, but it is believed that criminal background checks, which are often conducted by potential employers, landlords and college admissions boards, can discover alleged gang affiliation as well.

“The people who are already marginalized, that are in this database, if they’re further locked out from employment and housing opportunities, that is going to disrupt public safety,” said Janaé Bonsu, a UIC grad student and member of the Black Youth Project.

Police Superintendent Eddie Johnson has acknowledged that wrongful placement on the list can happen, but he told WTTW’s Chicago Tonight that “it’s important for us to know who the people are in this city … that are affiliated with gangs, but we also have a responsibility to get it right.”

Johnson was invited to the Senate hearing; Van Pelt said he declined the invitation and refused to send a representative.

Van Pelt has called for a moratorium on adding names to the database until legislation can be made to reform methods of data collection and increase transparency.