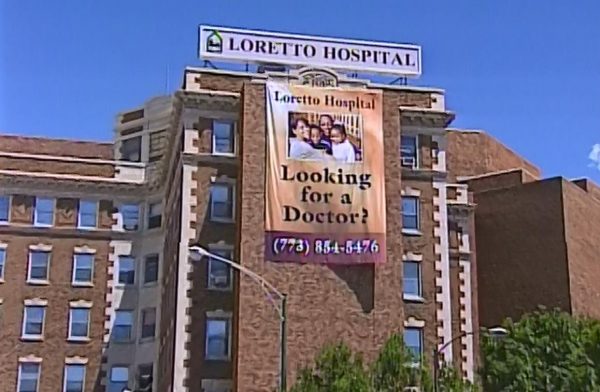 Gov. Rauner signed legislation this week that will redistribute about $3.5 billion in funding to Illinois hospitals, including the largest private employer in Austin.

The new funding plan may leave safety-net hospitals such as Loretto Hospital in a difficult position.

Loretto – which employs about 600 workers – has the opportunity to receive about $2 million based on the number of inpatients the hospital serves. George Miller, CEO of Loretto, said this will push the hospital into more of an out-patient model.

The hospital reports having over 33,000 patient visits a year, but it is not clear how many of those are inpatient versus outpatient.

“With this methodology, we only earn money for inpatients. We will have to concentrate on getting them to need inpatient admission,” Miller said.

He opposed Senate Bill 1773, saying it would be more helpful if the hospital was given the $2 million to put toward inpatient care rather than having to earn it based on inpatient admission.

The new design might work for regular hospitals, but safety-net hospitals should be handled differently, Miller said.

The legislation had overwhelming support in both chambers of the Illinois General Assembly. The Illinois House approved the bill 107-7, and the Illinois Senate passed it 53-3.

Rep. La Shawn Ford, who represents the 8th District where Loretto is located, voted for the bill Feb. 28.

“This new design makes hospitals a little more responsible … they are going to get paid for the treatments that they are providing. It is an opportunity for Loretto to gain $2 million to provide care for individuals,” Ford said.

A day before last month’s full House vote, the House Committee for Appropriations and Human Services approved the legislation but not with Ford’s vote that day because he wanted more assurance that safety-net hospitals like Loretto would be protected.

Rep. Camille Lilly also was a “NV” vote during the Feb. 27 committee meeting – and she voted “no” when the full chamber voted.

Lilly, who’s employed as vice president of external affairs at Loretto and serves as a board member on the Loretto Hospital Foundation, did not respond to requests to be interviewed about the bill.

Earlier this year, Lilly had warned that changes to the way the state funds hospitals could lead to Loretto’s closure, AustinTalks reported.